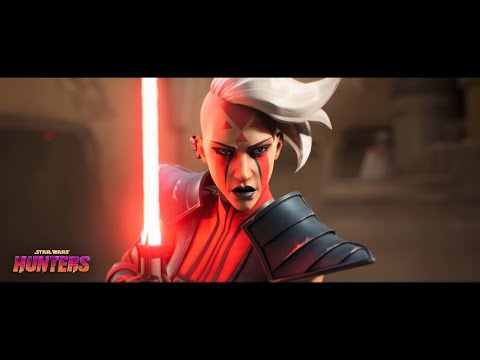 Star Wars: Hunters will be released in 2022 for Nintendo Switch, and mobile devices in 2022, Zynga has confirmed. The free to play team based multiplayer game was first revealed earlier this year during a Nintendo Direct with a view to have the game released in 2021. However, the latest teaser trailer for Star Wars: Hunters confirmed that the game would instead be released next year. You can check out the new teaser below which shows a battle taking place in an arena while a crowd cheers on. The trailer does not show any gameplay, some footage was released at the Apple Event the other day, and you can see it straight after the cinematic trailer. Star Wars: Hunters is set after the Galactic Empire falls. Some of the characters are shown in the trailer and they are the dark side warrior Rieve, the Mandalorian known as Aran Tal, and Grozz the Wookiee. You can find even more characters on the official site.

At the time of the Star Wars: Hunters reveal Douglas Reilly, VP of Lucasfilm Games, said: “Star Wars: Hunters draws inspiration from classic Star Wars stories and settings, but with a look and feel that is different from anything we have done before. We’re thrilled to introduce this wildly creative cast of characters to our fans on Nintendo Switch, where they can join with their friends in thrilling battles at home or on the go.”

According to the official description of the game this is what players can expect:

“Star Wars: Hunters will connect players in real time to battle in arena settings inspired by iconic Star Wars locales. Play as daring Bounty Hunters, heroes of the Rebellion, and an Imperial stormtrooper, in an action game that immerses players in fast-paced and visually stunning Star Wars conflict.”

As the game is free to play there will be micro transactions involved, though how much of an impact on gameplay they will have is unknown. It is likely there will be a number of cosmetics to purchase for characters using in game currency, or real cash.