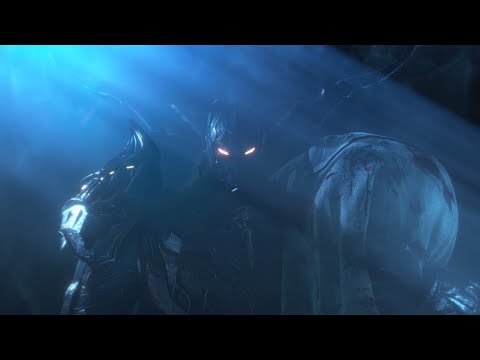 Square Enix has confirmed the release date for Stranger of Paradise Final Fantasy Origin. The action-filled spin-off will release for PlayStation 5, PlayStation 4, Xbox Series X|S, Xbox One and PC on 18th March 2022.

Additionally, a second demo for Stranger of Paradise: Final Fantasy Origin is coming out today for PlayStation 5, and soon for Xbox Series X|S. The demo folds in some of the game feedback and game changes made after the first demo released earlier this year, but also adds multiplayer features for players to try out. The demo will be available until 11th October.

“When darkness veils the world, four warriors of light shall come.” Jack and his comrades must hazard numerous challenges to bring the light of the crystals back to Cornelia, a kingdom conquered by darkness. Will restoring the crystals’ light usher in peace or a new form of darkness? … Or perhaps something else entirely?

That trailer looks so much better than the very chaos-filled trailer for E3 2021, I’m sure you’ll agree, and fans of Final Fantasy will be hoping for some solid improvements from the first demo. Though those that did try the game were apparently fairly satisfied with what they saw, a survey that Square Enix had players filled out revealed some wide-ranging improvements that the team could make. These include the graphics, characters, and environmental designs, as well as the clarity of in-game battle info.

We’ll see how much of a step forward this new demo is, as Team Ninja enter the final stretch of development with the game now six months away from release.

Stranger of Paradise was used to cap off a relatively subdued TGS 2021 showcase from Square Enix. The Japanese publisher repeated a fair few trailers for new and upcoming games, such as Marvel’s Guardians of the Galaxy, Life Is Strange True Colors and the remaster of the original game, and so on, though obviously marketing them to a Japanese audience.

If you wanted Final Fantasy XVI? Well, you were going to be disappointed. That game was not at TGS 2021 and Square gave fans a heads up ahead of time. Instead, Final Fantasy was limited to the iOS and Android battle royale Final Fantasy VII The First Soldier, and this announcement for Stranger of Paradise. The real highlight, from many people’s perspectives, will be the surprise announcement of Dungeon Encounters, a minimalist dungeon crawler from the creator the legendary Active Time Battle system.