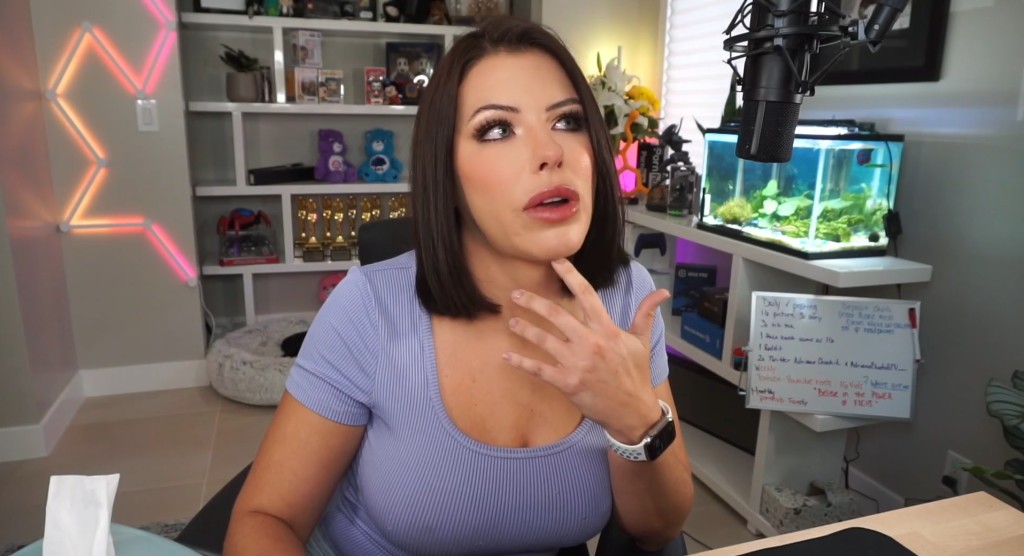 Attendees at TwitchCon have injured themselves jumping into a foam pit, resulting in one streamer breaking her back in two places.

Following a two-year hiatus, Twitch’s very own convention, TwitchCon, made a big return over the weekend.

However, there are reports of attendees injuring themselves by jumping into a foam pit that was set up at the event.

Among them is former adult movie star turned Twitch streamer Adriana Chechik, who has confirmed that doing so broke her back in two places.

In a clip shared online, you can hear Chechik say she can’t get up, followed by an announcer assuring everyone else she was fine.

She would later reveal that she needed surgery, with a meter rod put in for support.

She also claims that the announcers told her to ‘walk it off’ and that it was an off work EMT who stepped in to help her.

Another streamer, LochVaness, says she will ‘ever be able to trust Twitch at another convention in my entire life’ after dislocating her knee from jumping into the pit.

The Washington Post’s Nathan Grayson has elaborated on the situation, explaining that the booth the incidents took place in doesn’t belong to Twitch.

It’s instead a collaboration between Intel and Lenovo, and the foam pit was eventually closed.

In a statement to Kotaku, Lenovo said: ‘We are aware of the incidents of TwitchCon visitors who sustained injuries in the gladiator game soft foam pit at the Lenovo booth. The area has since been closed for any further use while we work with event organizers to look into the incidents.’

We have approached Twitch for a comment and will update this story if it responds.