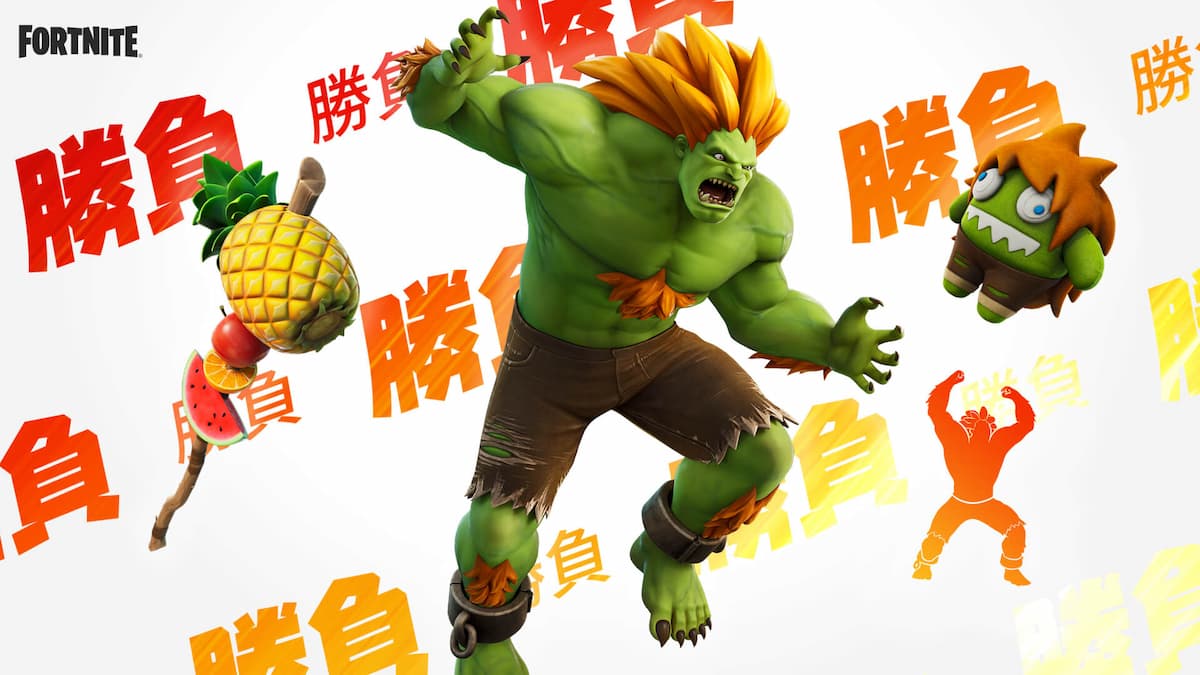 Epic Games has today announced that Blanka and Sakura of Street Fighter fame are making their way to the Fortnite island later this week to celebrate the series 35 year anniversary. A Blanka & Sakura Cup will also give players the chance to earn a special loading screen.

The news comes via a blog post showcasing the two character skins and their accompanying cosmetics. The Blanka Outfit comes with the Blanka Delgado alt Style inspired by Rival Schools’ Bowman Delgado. It also comes with a build-in Blanka Backflip Emote, and a Blanka-Chan Back Bling, which is a tiny, cute version of the big green brawler.

Players will also be able to pick up the Tropical Hazard Kebab Pickaxe (pictured above), though it’s currently unclear whether this will be available for purchase separately, or whether it will only be available as part of a Blanka Bundle.

To accompany the outfit and emote, a Hanakaze Claw Back Bling will also be included with the outfit, according to the blog post. There will also be a Fighting Tournament Trophy Pickaxe and a Kayari Buta Glider, both of which can be seen below.

Alongside the release of Sakura and Blanka in Fortnite’s Item Shop, there are two versions of a Blanka & Sakura Cup. The first is a mobile-only Zero Build Duos Cup happening on April 27, while an all-platforms Battle Royale Duos Cup will take place on April 29. The top-performing players in each region will unlock the Bonus Stage Loading Screen, shown below.

Will you be adding the Sakura and Blanka skins to your collection? Let us know down in the comments below.