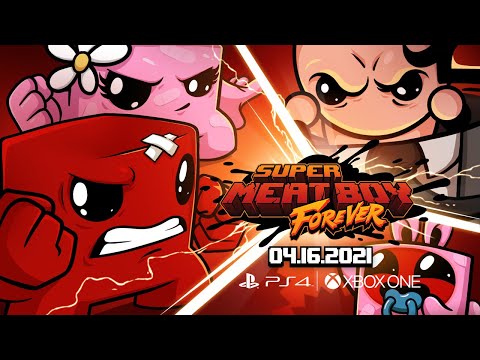 Even though the game did not receive great critical reception like the prequel, it is still worth playing according to many people who have played the game.
I hope that this port does not have any bugs or frame rate issues because there were a lot of bugs, glitches and some frame rate issues on Nintendo Switch, according to those who have played this game.
You cannot Pre-Order the game currently since the pre-order pages aren’t online yet, but I would expect them to go online by 2-3 days.
The sequel of Meat Boy moves the amazing saga forward as Meat Boy and his partner Bandage Girl now have had a child called Nugget, who has been sadly kidnapped by the sinister psychopath called Dr Fetus. So now it’s up to Meat Boy, Bandage Girl and many new surprising new characters in the Meat Boy Cinematic Universe to rescue Nugget.
What do you think? Please let us know in the comments below.