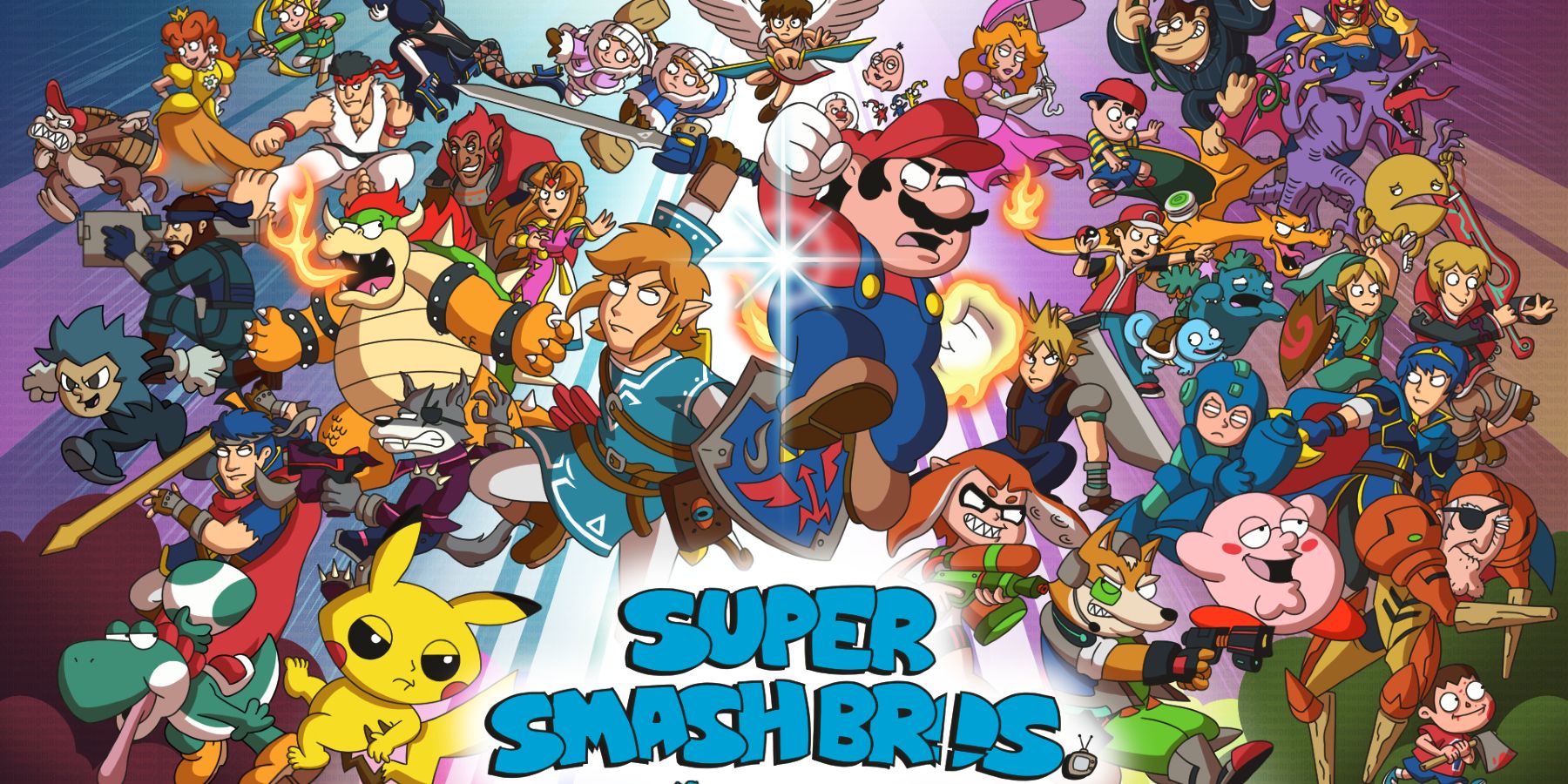 Super Smash Bros. Ultimate is an extremely popular game, with the platform fighter title boasting an expansive roster of close to 100 different characters to choose from. While the latest incarnation of the beloved franchise features fighters from all across the video game realm, one fan imagines what Super Smash Bros. Ultimate would look like if it took place in Family Guy.

The cornerstone Nintendo Switch title first released in December 2018, but has just recently revealed the end of its DLC content nearly three years later. After many supposed leaks and rumors, Sora of Kingdom Hearts was revealed to be Super Smash Bros. Ultimate‘s final fighter, an addition many thought impossible because of the character’s ties to Disney.

Posted onto the popular subreddit r/NintendoSwitch, a user by the handle of DownrightShoddy has shown off their epic rendition of the main Super Smash Bros. Ultimate poster. The entirety of the poster adeptly emulates the cartoon style specific to Family Guy, with many creative and humorous artistic choices incorporating Family Guy characters throughout. Pichu is Stewie, Seamus is Samus, and the Evil Monkey takes the role of Diddy Kong. Kirby seems to have absorbed Peter Griffin, while the chicken whom he often fights looks to be Captain Falcon.

If fans look really closely, the Mr. Saturn near Olimar even has Meg’s face. Along with plenty of other funny visuals, the drawing is likely to make Super Smash Bros. Ultimate and Family Guy fans crack a smile. However, this isn’t the first time Ultimate‘s roster has been redrawn in a distinctive art style from a different place. Earlier this year, another Super Smash Bros. Ultimate fan went viral for drawing every Smash fighter in a Cuphead art style. Fans have lauded the Cuphead version as much as Family Guy, commending their unique idea of depicting the entire roster in a different style.

Unfortunately for Peter Griffin and the rest of the Family Guy characters, none of them were included as actual Super Smash Bros. Ultimate fighters, although one of them may come to another popular video game. A datamine several months ago suggested that Peter would be coming to Fortnite as one of the battle royale’s many crossover characters. While there hasn’t been any recent update on the rumors of Peter dropping into the game, Fortnite is known for its vast array of pop culture skins, meaning it should be well within the realm of possibility.

The hilarious poster already has nearly 8,000 upvotes at the time of writing, and is sure to garner more in the coming days. While other popular charcters like Waluigi and Halo‘s Master Chief may have not made the cut this time, players can hold out hope they’ll show up in the next iteration of the long-running fighting game series.