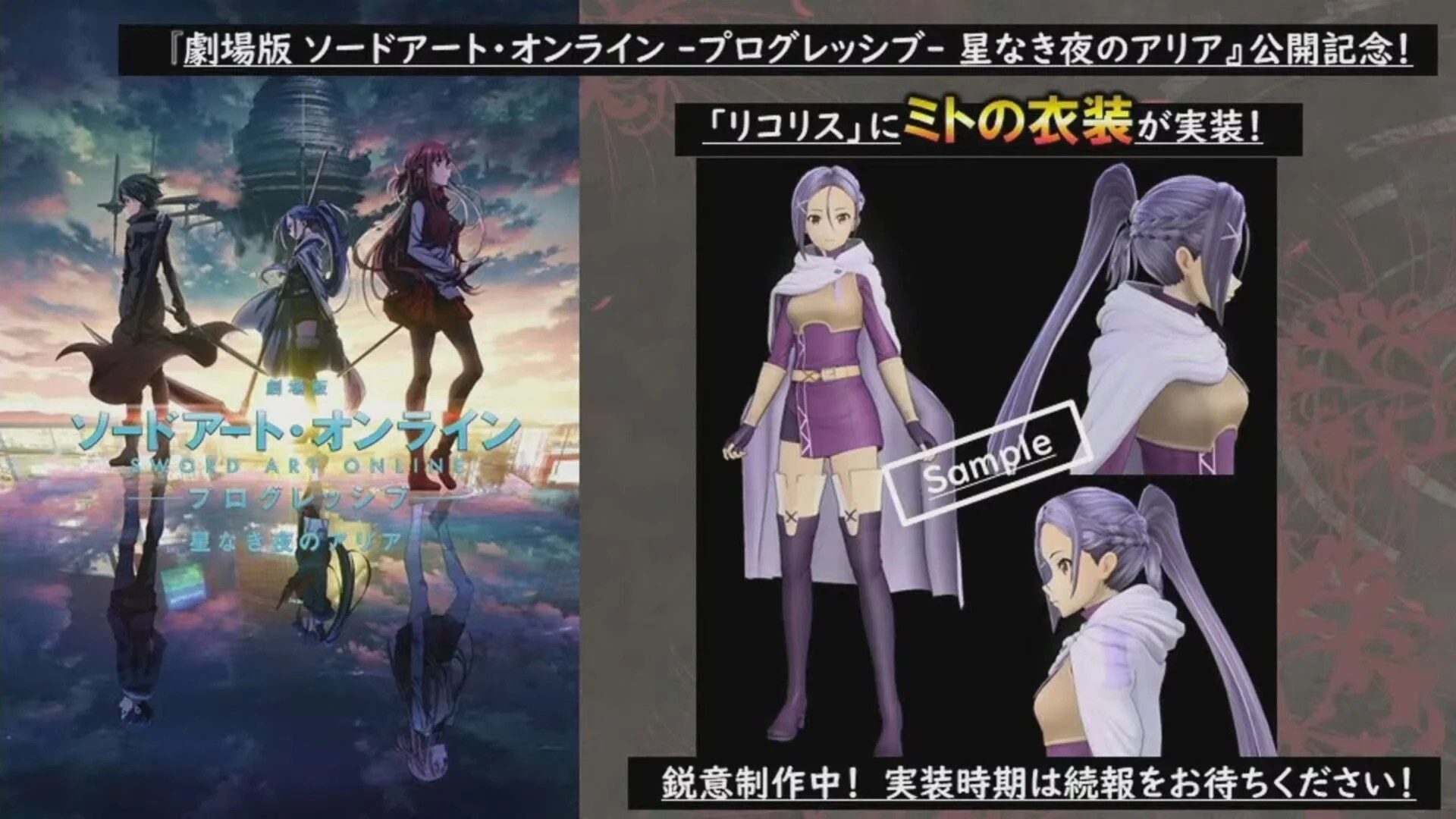 While Sword Art Online Alicization Lycoris has been out for over a year, Bandai Namco is still working on the upcoming DLC “Myostis,” also known as “Blooming of Forget-Me-Not” for the west.

Today, during an event from Tokyo Game Show, the publisher revealed new footage, including an event in which Kirito, Eugeo, and Alice have to dress elegantly in order to infiltrate a high society party.

We then take a look at a romantic date between Kirito and Asuna.

The third video shows a rather… hot situation with Lisbeth.

While there is no release date for the DLC, for the moment, we heard that production is going smoothly and release details will be announced soon.

At the same time, Bandai Namco will also release costumes from Tales of Arise for Kirito and Asuna, which you can see below. These will be free.

Last, but not least, a costume portraying Mito’s outfit from the movie Sword Art Online Progressive: Aria of a Starless Night will also be released at a later date.

Sword Art Online Alicization Lycoris is currently available for PS4, Xbox One, and PC. If you want to know more, you can read our review.

If you’re unfamiliar with the game, you can read an official description below.

“They always shared the same moments. They thought it would be like this for eternity.
Kirito awakens in a completely unknown virtual world, but something about it feels a bit familiar…

Set in Underworld, an expansive world introduced in the SWORD ART ONLINE anime, Kirito sets out on adventure in the series’ latest RPG!

Kirito meets a boy named Eugeo. Somewhere deep within their hearts is a lingering promise. To fulfill that promise and avoid losing each other, they set out on adventure together. Nothing will keep them from reaching their goal.”