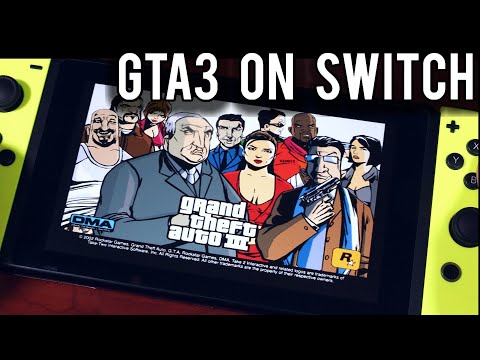 There have rumours recently about a Grand Theft Auto Trilogy remaster coming to the Nintendo Switch either later this year or at some point in 2022.

As explained by Kotaku, Take-Two's Manhattan-based firm Mitchell Silberberg & Knupp filed the lawsuit in California's Northern District on Friday. Take-Two is seeking a preliminary injunction and a jury trial, and wishes to halt the behaviour before a ruling is determined.

In the complaint, MSK's attorney noted how the source code enabled players to install and run games on multiple game platforms – including games that have never been released on Nintendo Switch.

“Perhaps most notably, Defendants claim that their derivative GTA source code enables players to install and run the Games on multiple game platforms, including those on which the Games never have been released, such as the PlayStation Vita and Nintendo Switch.”

The lawsuit follows on from Take-Two issuing a wave of DMCA takedowns in August – aimed at some of the series' most popular mods. If the rumours about the Grand Theft Auto Trilogy remaster are true – it's likely to be the main motivator here.