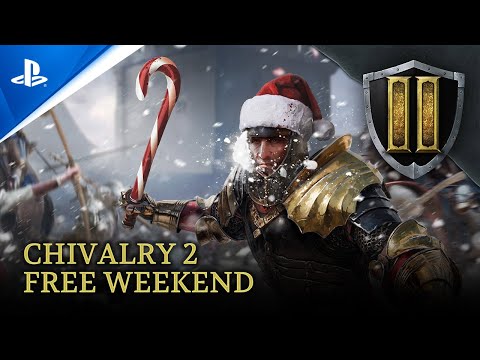 To Battle, for Free

It’s time for some medieval warfare. Chivalry 2, torn banner studios’ medieval fighting game, has announced a free weekend for all. In a press release, details about some reasoning behind the free weekend are shared.

“2021 has been a massive year for Chivalry 2. With over 1 million units sold and hundreds of millions of knights slain in battle,” said the press release.

Apparently, the success of Chivalry 2 has put the game’s devs in a giving mood. Additionally, alongside the free weekend, Chivalry 2 is 33% off until December 11th on the Epic Games Store, the 12th on the Microsoft Store, and the 13th on the PlayStation Store.

The Chivalry 2 free weekend will last from today until Sunday December 12th. For more information regarding future updates and events like this ensure you check out the Chivalry 2 roadmap provided by Torn Banner Studios. Chivalry 2 is available for purchase on PC, Xbox One, Xbox Series X/S, PlayStation 4, and PlayStation 5.

The post Take Up a Sword with the Chivalry 2 Free Weekend appeared first on COGconnected.