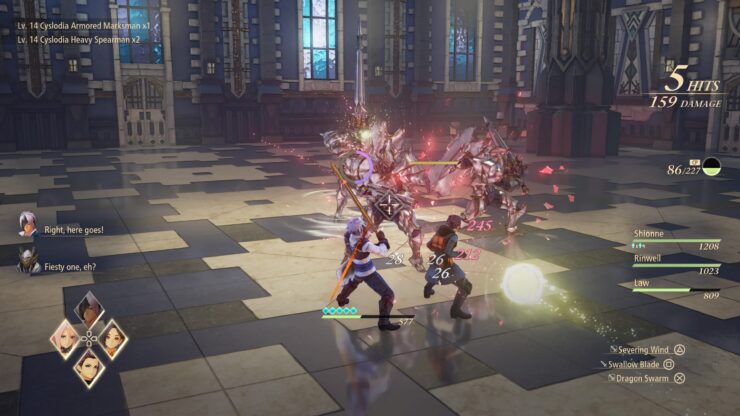 A new Tales of Arise update has gone live on PC and consoles today, introducing a new feature on PlayStation 4, support for new DLC, and more.

The 1.04 update finally adds a PlayStation 4 to PlayStation 5 save file transfer feature, finally letting users upgrade to the PlayStation 5 version without having to start the game from the beginning. The update also adds support for the new Hootle Doll Pack DLC and brings general stability and performance improvements and some unspecified minor bug fixes.

Tales of Arise is the latest entry in the series, and one of the best JRPG released this year, thanks to its charming characters, great atmosphere, and excellent combat. You can learn more about the game by checking out my review.

With its engaging story, dark atmosphere, charming characters, and excellent combat, Tales of Arise provides an experience that feels both new and familiar at the same time, making for a game that both long-time fans and newcomers will enjoy. While the excessive linearity and the removal of multiplayer will disappoint some, the pros far outweigh the cons, making Tales of Arise one of the best entries in the series to date.

Explore a world that feels alive:
Explore the world of Dahna, where a mix of unique, natural environments change in appearance based on the time of day. Climb over the rocky terrain, swim in rivers, gather around the campfire, cook food, head to the next town, defeat the master of an alien planet, and liberate the people!

Stylish action and battles:
Through the new system “Boost Strike”, you can now chain combos of powerful attacks together with your party members. Chain Artes, Boost Attacks, and Boost Strike combos to take down your enemies!