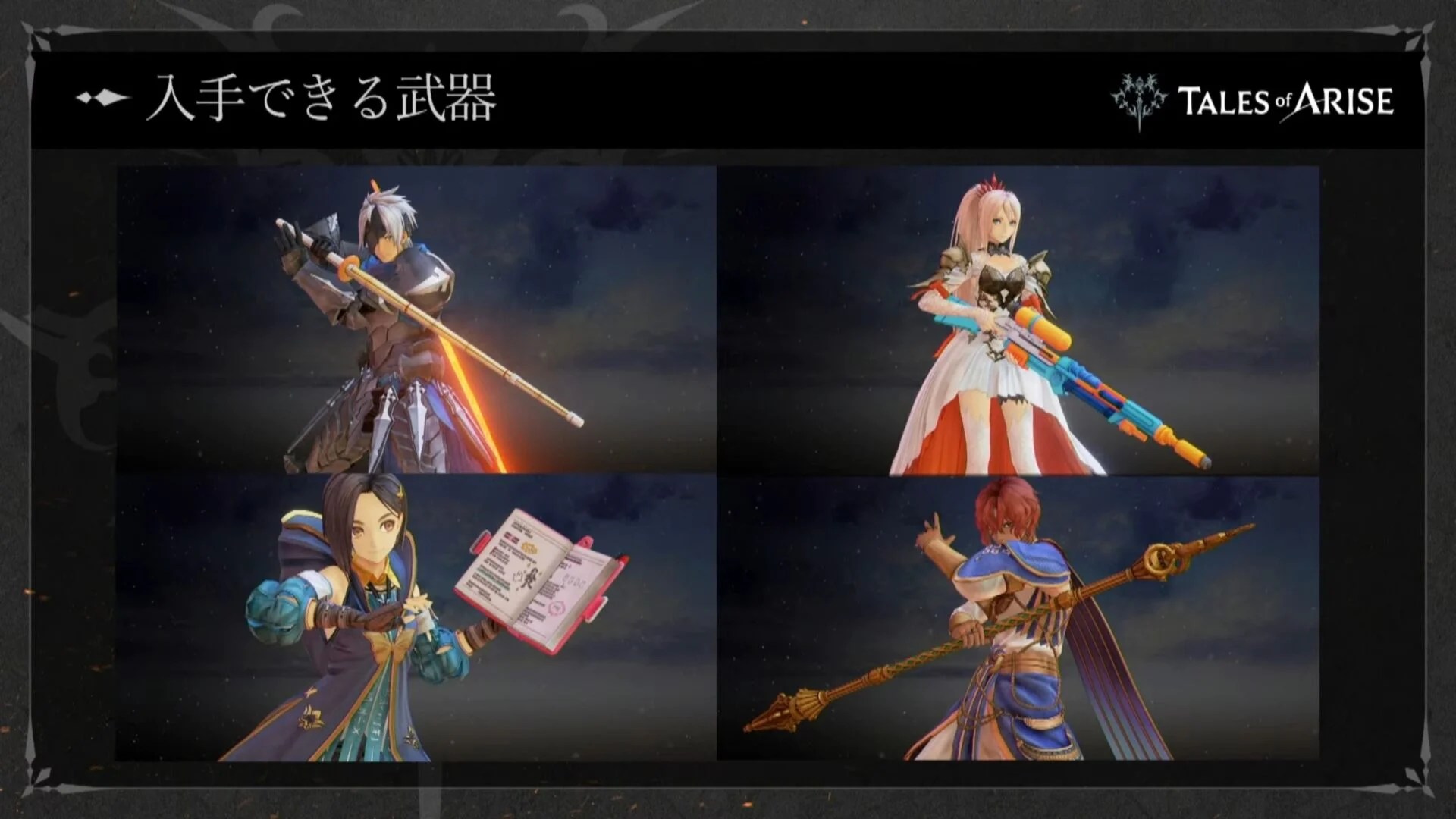 Today Bandai Namco hosted a livestream from Tokyo Game Show 2021 focusing on Tales of Arise and producer Yusuke Tomizawa had announcements in store for the fans.

We learn that an update and free DLC will be released on October 7 including new difficulty levels. Easiest and Unknown will be respectively easier and harder than what the game included at launch.

On top of that, a paid DLC to be also released on October 7 will bring forth a crossover with Sword Art Online Alicization Lycoris. It’ll cost 1,760 yen, which approximately translates into $16.

Not only the DLC will include Kirito and Asuna’s costumes for Alphen, Shionne, and Law and Kirito’s weapon. The two heroes of SAO will also appear in a special mission and players will be able to fight them. They’ll even have a special co-op mystic arte with Alphen.

Incidentally, we also learned that Kotobukiya will produce new scale figures for Alphen and Rinwell.

You can check out a trailer (with English and Japanese voices) and images below.

Tales of Arise is coming tomorrow, September 10, in the west for PS5, Xbox Series X|S, PS4, Xbox One, and PC. You can already read our review. The game has already passed 1 million copies shipped.

If you want to take another look at the game, you can enjoy the launch trailer, one showcasing an overview of the game, one that revealed the theme song, the latest screenshots, the previous trailer, plenty of gameplay from a few days ago, and another batch, more recent gameplay, the trailer showcasing Shionne, one focusing on Alphen, one introducing Law, one showing Rimwell, one starring Kisara, one focusing on Dohalim, a video introducing the battle system, lots of gameplay, the latest screenshots, a recent trailer, the previous trailers and screenshots, more gameplay, another reveal including details on editions and bonuses, another trailer, one more, another promotional video in English, some screenshots and artwork, the first batch of images, and the original announcement trailer.