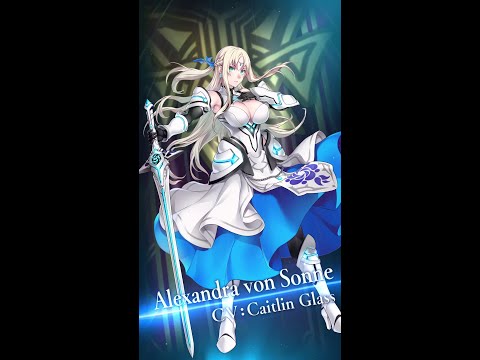 Bandai Namco just released another of the upcoming mobile JRPG Tales of Luminaria.

The video showcases another of the characters available to be played in the game with her own story mode, Alexandra von Sonne.

You can check it out below, with both English and Japanese voice acting depending on your voice-over language of preference.

“The White Wolf, one of the Alphas who support the empire alongside August. A firm adherent to her own sense of justice, she continues forward with August and Laplace, despite their clashing beliefs. She’s also a big eater, potentially capable of eating the residents of the imperial capital out of house and home.”