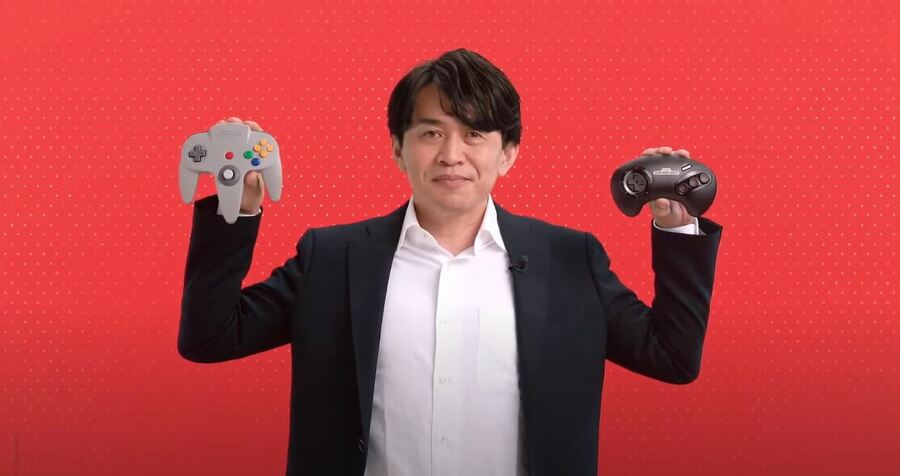 The latest Nintendo Direct was quite something, one of Nintendo’s longer broadcasts and positively packed with reveals and updates. The structure was clever in terms of getting maximum attention, too, showcasing long awaited titles, entirely new games and getting broad multimedia coverage by unveiling the main cast of the upcoming Mario movie. The broadcast and related coverage was trending on whatever social media platforms you prefer.

Very much job done, from Nintendo’s perspective, and early results in our own poll show a majority giving it ‘A’ or ‘B’ as a grade, albeit with a fair bit more weight on the ‘very good’ B grade.

A few moments certainly stood out as notable announcements. A key update came for Nintendo Switch Online, which is having a decently-sized ‘expansion pack’ and overhaul in October. Adding Nintendo 64 and SEGA Mega Drive / Genesis games is a welcome boost, as are the very collectable wireless controllers for each, but Nintendo is yet to outline the pricing for this expansion. Will it be an extra reasonably-priced option that can be bought in 12 month chunks, or will it be restricted to a monthly cost? It’ll be intriguing to see the balance that Nintendo strikes, but by opting to pass some or all of the related licensing and emulation costs to consumers it’ll need to tread relatively carefully to avoid a negative reaction.

The reveal that most delighted this scribe was an unexpected one — Kirby and the Forgotten Land. Its Japanese name and logo were accidentally leaked beforehand by Nintendo on its own website, but even so its trailer was still eye-opening. A shift to a large fully 3D world, in what looks like a post-apocalyptic human setting, it had the Kirby staples of abilities but a tone that feels completely different. We’ve jokingly compared its setting to Nier: Automata in a tagline, which isn’t really accurate, but it’s fascinating nonetheless. It also looks visually impressive, albeit the developers will no doubt be working hard to iron out performance kinks ahead of its launch next year.

Then there was the Mario movie cast, which is jammed full of A-listers. Nintendo is an extremely wealthy company, but it’s still surprising to see it put its name and money into a project with that many big-name and well-paid actors. There have been a lot of hot takes about the movie since the announcement, most of which will be extremely ill-informed as Nintendo hasn’t so much as released a teaser trailer yet. It’ll be a headline grabber over the next year, though, much to Nintendo’s delight.

And of course, the big finale claimed plenty of votes in our polls — Bayonetta 3. In typical PlatinumGames style it tried to trick us into thinking it was a sequel to Astral Chain, but such is the distinctive style of the series that many of us were probably exclaiming “it’s Bayonetta 3!!!!” before the famous witch appeared. It was enjoyable and stylish, and officially gave it a 2022 window after years of silence.

Opinion in our team on the trailer is interesting. Much of it seemed to be set in a very grey, overcast iteration of Tokyo, and this writer’s personal opinion is that it did look a little flat, lacking in exuberant colour. At this point it also looks like a ‘late 2022’ game, with some notable slowdown and blemishes that are to be expected during the development process but don’t necessarily make it to the final cut. Ultimately however it’s very exciting to see it, and if it hits the standards of its predecessors it’ll be an outstanding Switch exclusive.

Beyond those big headlines are a lot of other announcements, and we’d suggest it was a particularly strong Direct because it had enough variety to offer something to just about everybody. Whether a big expansion for Monster Hunter Rise, right through to Triangle Strategy, the long-awaited confirmation of Brewster, retro delights like Castlevania Advance Collection, indie darlings like Disco Elysium: The Final Cut right through to cute experiences like Disney Magical World 2: Enchanted Edition. The breadth and variety on offer demonstrates part of the reason why the Switch has established such a sizeable userbase and ongoing momentum. Whatever your gaming tastes there are consistently tempting games on offer.

Was it the best Direct, or in the top 5? [It had Banjo, Tom, so instant Best Direct Ever, surely? – Ed] Maybe that’s debatable — it’s certainly top half, but perhaps some other broadcasts have had more iconic reveals or moments. It was a strong effort, though, because it outlined a lot of quality games on the way that demonstrate a continuation of the system’s momentum. The varied headlines it generated also keeps the Switch and Nintendo right at the forefront of gaming and entertainment discourse.

Nintendo’s management, we suspect, will be reflecting on a job well done.