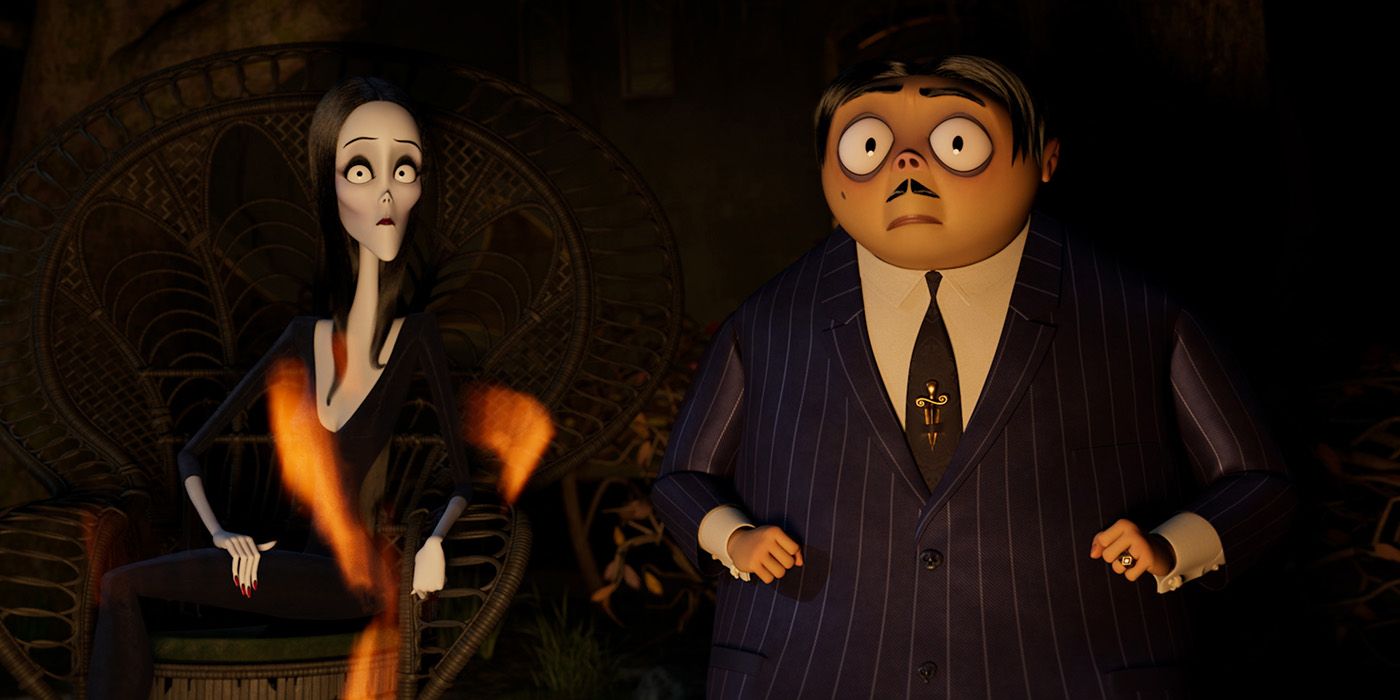 United Artists Releasing unveils the latest trailer for The Addams Family 2 offering a new look at the titular family’s miserable, spooky vacation. The film finds Morticia and Gomez Addams distraught over their children growing up so quickly and distancing themselves from their parents, skipping dinners and becoming consumed with “scream time.” In an effort to re-establish their bond, the parents cram Wednesday, Pugsley and Uncle Fester into their haunted camper for one last miserable family vacation across the country, resulting in hilarious run-ins with kooky characters, including their iconic Cousin Itt.

The Addams Family 2 will see the returns of writer Matt Lieberman and co-directors Greg Tiernan and Conrad Vernon, as well as stars Oscar Isaac as Gomez, Charlize Theron as Morticia, Chloë Grace Moretz as Wednesday, Nick Kroll as Uncle Fester and Javon Walton as Pugsley, taking over the role from Finn Wolfhard. Development on the sequel was announced days after the first film hit theaters and became a success in its opening weekend, with a late October 2021 release date tentatively set for the film. Though shifted a few times, the film is still coming next month and the studio is looking to build anticipation for its impending arrival.

Related: Every Franchise Movie Releasing In 2021

With just under a month remaining until its release, United Artists Releasing has debuted the latest trailer for The Addams Family 2. The video offers a better look at the wacky family road trip the group embark on and the hijinks that ensue along the way, as well as a mysterious villain hunting down the family. Check out the new trailer below:

The first film saw a generally mixed response from critics and audiences alike for its brighter approach to the typically macabre source material and the new trailer for The Addams Family 2 does point towards a continuation of this trend for the animated franchise. However, the new trailer was not without some intriguing developments for its story and characters, namely young Wednesday looking to grow up and explore the world further away from her parents, with whom she no longer connects. While this would normally be chalked up to teenage puberty, the video offers an interesting tease that she may not be their daughter after all.

The new trailer for The Addams Family 2 shows a flashback to the day Wednesday was born, in which Uncle Fester visited the wing with the other newborn babies and celebrated her birth by juggling them all around and claiming to have placed them all back where they were while noting his memory eludes him on one or two babies, much to the horror of Gomez and Morticia. Though seemingly a throwaway gag to the brainless nature of Fester, it is interesting to note the shot featuring the Addams crib doesn’t actually feature a look at Wednesday in there, teasing the possibility she was accidentally switched at the hospital by Fester and offering an explanation as to her disillusion with her parents. Only time will tell how this story plays out and who the mysterious villain may be when The Addams Family 2 hits theaters and VOD platforms on October 1.

More: Fall 2021 Movie Preview: Every Movie Releasing (And Where To Watch Them)