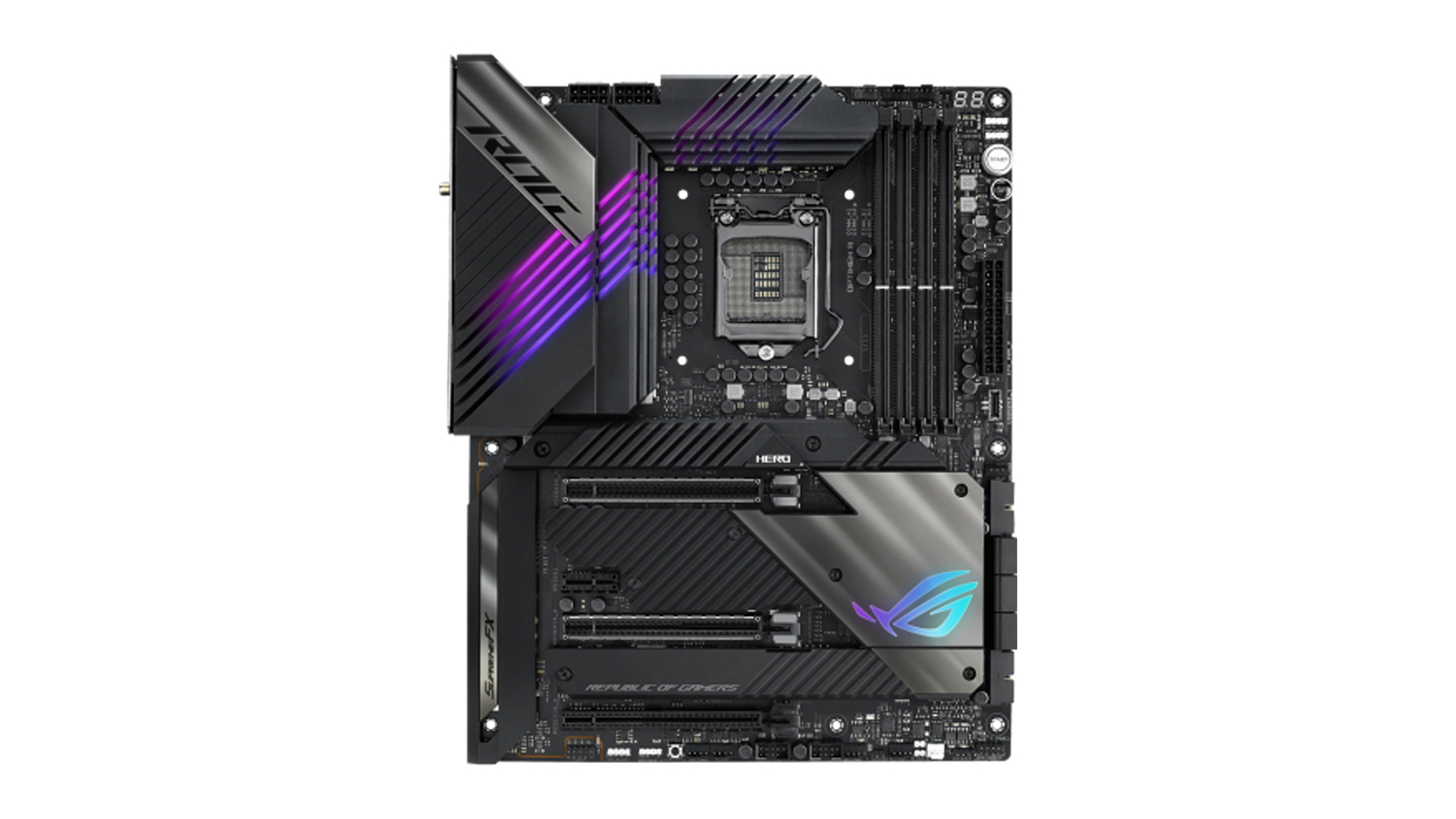 Having the best motherboard you can afford is incredibly important. Don’t get too hung up shopping for the best processor or best graphics card when you’re upgrading or building a PC. You should spend just as much time getting a good one so that all your components and the PC itself is running at its peak. The motherboard is your computer’s backbone, after all.

If you skip on having a quality motherboard at the center of your PC, you could end up with internals failing as well as constant crashes and might have to start completely over. However, if you do it right and get a motherboard that can support all those fancy components you’ve spent so much on, you’ll have a PC running at full efficiency, not to mention that you can probably overclock it much better.

Stop risking the life of your PC and consider one of our top picks below. No matter if you’re resuscitating an older computer or putting together a new one to stand up to the best PCs, only a top-notch motherboard will do.

If you’re unfamiliar with the best motherboards out there, use this list as a primer for your next build. Motherboards are available in a broad range of different form factors, the most common of which are ATX and Micro ATX. However, there are plenty of less common form factors including mini ITX and E-ATX. Don’t worry though, most of the best PC cases will support more than one form factor.

Moreover, in our rundown of the best motherboards, we detailed the socket type that each mobo adheres to. The socket, for those not in the know, is the part on the motherboard that the CPU locks into. Typically, newer Intel processors use either LGA 1151 or 2066 while the latest AMD Ryzen architecture is designed for the AM4 chipset.

It might not be cheap, but the Rog Maximus XIII Hero is worth its price tag. Its list of features, which includes Wi-Fi 6, PCIe 4.0, tons of ports (including two thunderbolt), and four M.2 SSD sockets, will satisfy just about anyone looking for a premium Z590 board to build a PC around. It’s not only a great performing board, but it’s easy to overclock as well. And, like any good ASUS motherboard, it comes with plenty of RGB lighting.

High-end motherboards may cost a fortune, but if you’ve got something like the MSI MEG Z490 Godlike under the hood, you’re pretty much guaranteed top-notch performance, especially if you’ve got Intel components. As long as you’re willing to pay the price. In fact, we’d go as far as to say that this is the best z490 board out there right now, with an excellent thermal solution, staggering overclocking performance, easy installation and diagnostic solutions for do-it-yourself-ers, and a solid build.

The GIGABYTE Z490 Gaming X may not have any flashy new features to bring to the table, but if you’re an Intel fan who needs a new motherboard in the budget sphere, it’s certainly a great choice. This entry-level motherboard for gamers has a decent feature set for its price tag, including three PCIe 3.0 x4 M.2 slots, six SATA ports and four memory slots with support for DDR4-4600 and up to 128GB, to start. Most importantly, it performs like the best of them without burning a hole in your pocket.

If you’re looking for a premium option for your 10th and 11th generation flagship Intel chips, the MEG Z590 Ace from MSI not only delivers a lot of power, but also comes with four M.2 sockets, two Thunderbolt USB-C ports and Wi-Fi 6E support, as well as excellent audio solution with latest premium ALC4082 audio process. There’s a lot to appreciate here, if you can afford that steep $499.

This mid to high-end Mini-ITX motherboard offering from Asus is feature-rich, with two M.2 slots, four SATA 6Gb/s ports and plenty of connectivity. In terms of design, that small form factor boasts an all-black design, diagonal mesh lines and RGB-enabled ROG logo for a fantastic aesthetic. Its performance is on point as well, delivering great network performance, excellent audio and well-balanced thermal.

If you’re considering an AMD setup for that PC you’re building, then you cannot go wrong with the ASRock X570 Phantom Gaming X. This is the best motherboard for AMD fans right now, with a top-notch feature set, great design and a highly-effective cooling solution. It’s certainly a favorite among overclockers out there, and with Wi-Fi 6 support to boot. If you have a penchant for tweak and upgrade your internals, there might be some limitations as to what you can do physically. But, other than that, it’s hard to find fault in this board.

The Gigabyte Aorus X570 Master is not only an aesthetically pleasing motherboard, with splashes of silver on a black board meant to complement its RGB lighting. It is also capable of being the centerpiece of a very powerful computer. It can handle up to 128GB of DDR4400 RAM, the latest 3rd gen AMD processors and multiple GPUs for anyone wanting to future proof their gaming needs. The X570 Master is also very astutely designed, with shielding on its I/O ports, WiFi 6 and a number of other placement choices that make this a quality board. Best of all, its price is significantly less than the high end Intel motherboards.

If you’re looking to build from scratch, the Asus ROG B550-E Gaming Motherboard is a cost-effective and feature-rich motherboard to pair with that AMD 3rd gen Ryzen chip you just bought. Its I/O ports are shielded, it comes with a PCIe 4.0 slot (and a second PCIe 3.0 one), and it has just about all the ports and port headers you could desire. With this motherboard, you’re getting excellent power delivery, a great feature set and an incredibly effective cooling solution, as well as a cool aesthetic to boot.

An upgrade from its predecessor, the B450, the Asus TUF Gaming B550M-PLUS boasts not only a much better power solution and a great cooling solution, but also game-ready features and military-grade components. Among those features are the AI Noise-Canceling Microphone software, which supports 3.5 mm, USB or Bluetooth headsets, and full RGB lighting control. All, of course, while still touting that TUF Gaming Alliance promise for easy compatibility and building, as well as aesthetics that complement its trusted partners.

Looking into an AMD B550 motherboard might be necessary if you’re upgrading your AMD Ryzen processor, and the NZXT N7 B550 is an excellent mid-range option. This gaming motherboard is not only designed around the B550 chipset, but it comes with built-in Wi-Fi 6E connectivity, something that you’ll be hard-pressed to find in rivalling boards. It also comes with more USB ports at the rear, making it more versatile. And, of course, you’ll also appreciate the digital RGB and fan controls through CAM.

The X-series processors are here, and they are spectacular. But if you want to take advantage of all they have to offer, you need an X-series motherboard. This ASRock X299 is an incredible choice with support for overclocked memory speeds up to 4400MHz(!!!) and 8 different slots for memory modules. It also supports up to 128GB of RAM. Add in an X-series processor and a good graphics card or 3, and this thing will absolutely tear apart anything you could possibly throw at it. If you’re seeking one of the best motherboards money can buy, this is it.

When you’ve got an AMD Threadripper under the hood of your PC, you absolutely need a beast of a motherboard like the MSI Creator TRX40. This is designed and built specifically for creators with the most demanding computing needs, this motherboard also boasts quite a feature set. Among those features are the latest PCIe gen4 slots and M.2 connectors, USB3.2 Gen2x2, Wi-Fi 6 and 10G LAN, as well as MSI’s Frozr Heatsink design and Mystic Light RGB lighting. It’s a little pricey, especially next to the competition, but then again, nothing in the creative sphere isn’t these days. If you want the best motherboard for your professional creative endeavors, it doesn’t get better than this.