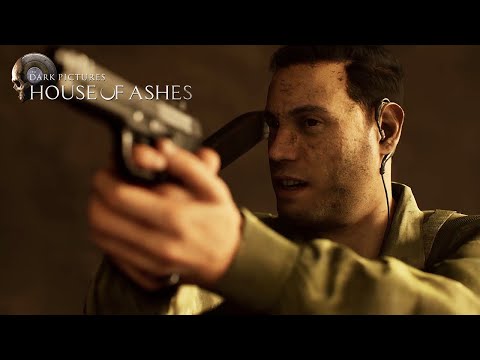 Once again it is time to step in to the Dark Pictures Anthology and make morally dubious decisions whilst having the willies put up you, so to speak. House of Ashes is the third entry in the series, and following on from Man of Medan’s ageing ghost ship and Little Hope’s bewitched tale, this game falls head first in to a subterranean cave system filled with scampering, skittering monsters.

As usual there are two modes you can play: Movie Night where you can play with friends on the couch or Shared Story is the online mode. There’s also the Theatrical and Curators cuts, each with different scenes and different characters to play to increase the game’s replay value.

House of Ashes opens with a short prologue set in the past, introducing us to Naran-Sin, the self-proclaimed God King of the Akkadian empire. It sets up what appears to be the core plot and the location of the game, but suffice to say Naran-Sin doesn’t meet a happy ending. Fast forward to 2003, and a team of American soldiers have used a new satellite system to scan Iraq for weapons of mass destruction. Though we all know that Iraqi WMDS are as fictitious as unicorns, the team do seem to find the telltale signs of such a weapon and head off to the Iraqi desert.

Ashley Tisdale is the big name this time round, playing CIA agent Rachael King. The other playable characters, Jason Kolchek and Nick Kay, are both Marines, and there’s also Rachael’s estranged husband, Colonel Eric King, who found the WMD’s. Finally, the fifth playable character is an Iraqi officer, Salim Offman. after a tense gun battle out in the desert all five, plus a few non-playable characters, find themselves trapped underground in Naran-Sin’s temple. 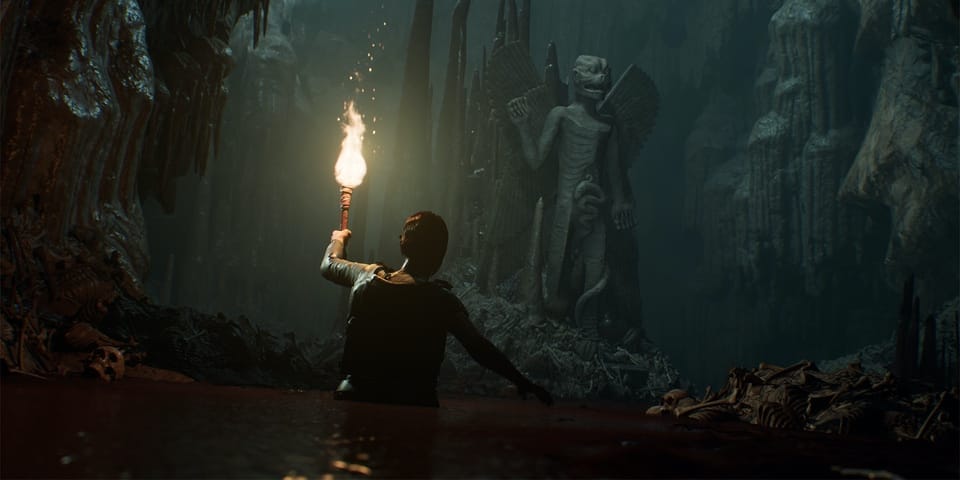 House of Ashes gives players more control over the camera when exploring environments.

From here on it’s very much the same as previous Dark Pictures games, you swap between characters and wander around, finding secrets and premonitions. Action sequences are quick time events and at key points your can decide which dialogue a character should say, which in turn affects the relationship between characters. House of Ashes has more action sequences that previous games and just for once you are armed. However, don’t expect to be pulling off headshots, it’s very much a case of waving the crosshairs in the general direction of the attacker and you get the shot.

There are plenty of dark corridors to creep around but you also get some vast cavernous areas which can be explored. The new unlocked camera really comes into play here, giving you a little more control over what you get to see as you snoop around, but the game isn’t handing you full control over the camera. Once again the cinematography is exceptional with swooping chase cameras and occasionally pulling back until the team are but specs on the landscape.

My main problem with Man of Medan was that I simply did not connect with the characters, but I felt that was something Supermassive fixed for Little Hope. House of Ashes falls somewhere in the middle. At the start of the game I hated pretty much everyone, especially one of the NPC’s. However as the game progresses, I warmed to the team and I did want all of them to make it out alive by the end. While the game does avoid horror clichés such as a character wandering off by themselves, there are a couple of subplots that felt crowbarred in. A simmering love triangle occasionally rears its head and characters take quiet moments to discuss their feelings. It’s all very lovely and could be expected if they were at a hotel sipping cocktails, but a bit less believable when they are surrounded by nasty things with big claws that want to eat their faces. 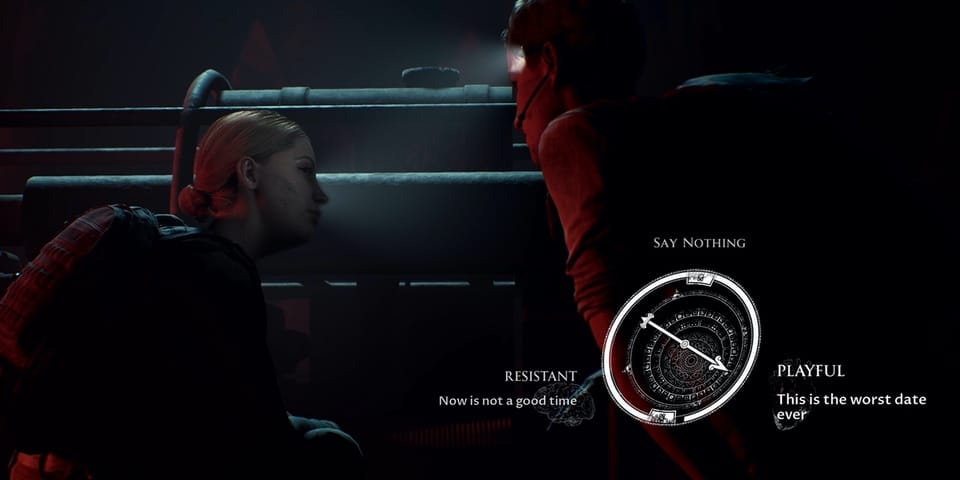 If you have played the other Dark Pictures Anthology games then you will be expecting a twist, and indeed the story does take an unexpected direction. Obviously I can’t say much more than that, but if you are paying attention then it’s quite clear from the offset exactly what you will encounter. There are even lines of dialogue that are brought through from the game’s main inspiration. When that section of the story kicks in you get the same sense of wonder and awe, even if the references are very on the nose. There’s even a very familiar sound in the original score which made me smile; just a second of audio that tells you, “Hey, you know that thing? Yep, we’re doing that!”