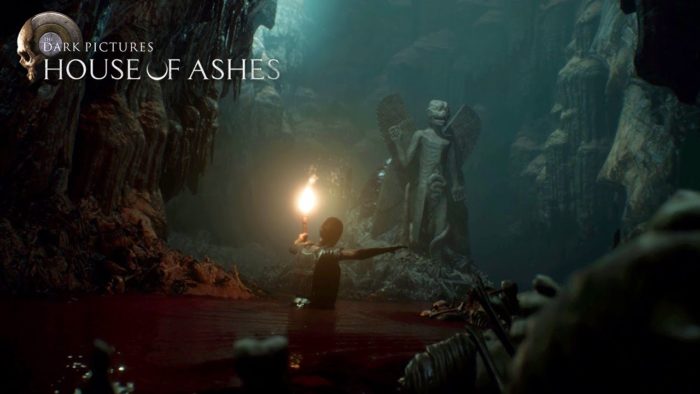 A video plays at the end of The Dark Pictures: House of Ashes that reveals some new information about the horror series. The series will be broken up into seasons, and the season finale will be called The Devil in Me.

The trailer does make me pretty excited for The Devil in Me. I’m very interested to know more about the story, but from the trailer, it seems to involve a serial killer who believes killing is an art form, and it seems to feature a corpse turned into an animatronic.

If the series decides to turn away from the supernatural for a bit, I would greatly appreciate that. I don’t find the supernatural scary most of the time. A true monster, though? A person who kills just for the fun of it? That’s real. That’s something that unfortunately happens, and anyone could potentially be a victim at any time.

We know already know the Bandi Namco signed Supermassive Games to an eight-game deal for this series, and it does make some sense to split those eight games into two seasons. This should give Supermassive Games some more time to take the critique of the previous games to heart and refine the franchise a bit more.

The Dark Pictures Anthology: The Devil in Me pic.twitter.com/o0vLCdnRSn

They have been pumping these games out on basically an annual basis, and that makes it very hard actually to listen and improve with criticism quickly. Pumping out games that quickly isn’t easy, and taking a break between seasons would make sense and give them time to apply feedback and just recharge their creative energy.

House of Ashes is out now on PC, PS4, PS5, Xbox One, and the Xbox Series X. I’m assuming that The Devil in Me will likely release next year on the same consoles, but that is not confirmed just yet.

The post The Dark Pictures Season 1 Comes to a Close With The Devil in Me appeared first on COGconnected.