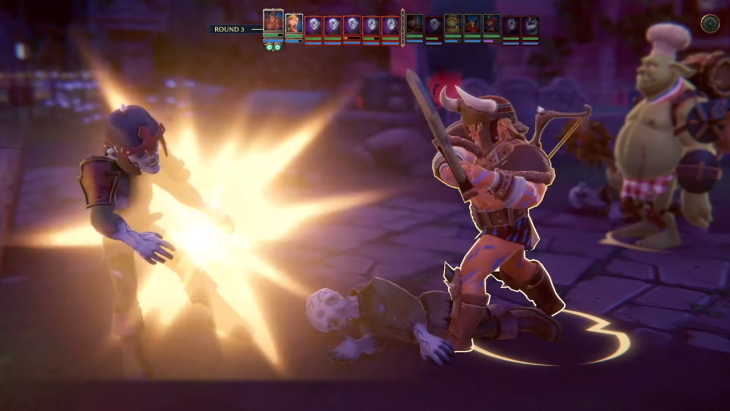 Dear Villagers have announced the Ruins of Limis DLC for Artefacts Studios’ satirical tactical RPG, The Dungeon of Naheulbeuk: The Amulet of Chaos.

As previously reported, the game is based on Le Donjon de Naheulbeuk; a French series of free audiobooks and comics by John Lang that parody common tabletop RPG tropes and characters. Players lead a party of incompetent adventurers as they explore the vast Dungeon of Naheulbeuk to retrieve an ancient artifact required to fulfill a mysterious prophecy.

The Ruins of Limis DLC introduces a lengthy new story quest that involves Fangh’s most incompetent party getting caught up in a war between rival undead factions. Fight off the hordes of zombies that have invaded the dungeon, and decide to side with either the Necromancers or Vampires.

The Ruins of Limis DLC launches May 25th.

You can find the rundown on the base game (via Steam) below:

Are you ready to dive into a tactical RPG chock-full of charm, humor and crazy characters?!

They are clumsy, inexperienced and feisty but…they’ll have to endure each other’s company to get the dungeon’s treasure.

However, a feeling of déjà-vu quickly arises…

Guide this team of unlikely heroes in an adventure full of humor and chaos!

The Naheulbeuk universe is an original creation by French author John Lang. It started as a very popular audio comedy series parodying role-playing games and heroic fantasy tropes. Now the story is available in English and as a video game for the first time!

The Dungeon of Naheulbeuk: The Amulet of Chaos is available on Windows PC and Mac (via the Epic Games Store, GOG, and Steam), and releases in Summer 2021 for Nintendo Switch, PlayStation 4, and Xbox One.