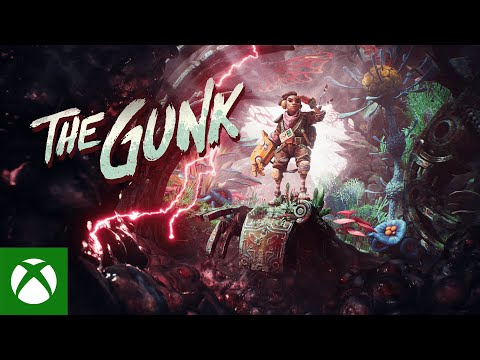 Gunk is a word instantly evokes images of a weird, greasy, sticky, substance and parties at Noel Edmonds’ house. OK, so technically Noel’s tank was filled with “gunge”, but either way, gunk is unpleasant and cause issues. It’s no different in The Gunk, though instead of causing small-scale issues, this gunk is having a negative effect across the whole planet.

The Gunk is a solo experience about exploring and resource collecting. You play as Rani, one of a pair of galaxy scavengers, who finds herself on a planet after picking up a signal from an uncharted world. Curious about the signal they land the ship on a world which at first glance feels grey and lifeless, and soon after the gunk is encountered. While Rani’s all about exploring this world. her co-explorer Becks is much more focused on the signal source and what it could mean for the pair long term. As the story unfolds these two motivations do cause some issues between the two best friends.

Having lost half an arm on a previous job, Rani is equipped with a power glove affectionately known as Pumpkin. It’s a good thing she has it, as it has a hoover like function that can grab and suck things up in the environment, which is convenient for removing gunk. Pumpkin also has a small pulse cannon that can be used to trigger switches and stun enemies – it turns out the planet is not quit so lifeless after all. Gunk can spawn life and none of it is friendly. There are three enemy types from little critters to bull like beasts, and since Rani is not much of a brawler, it’s best to keep your distance. Using Pumpkin to grab onto enemies is how you will usually defeat them. 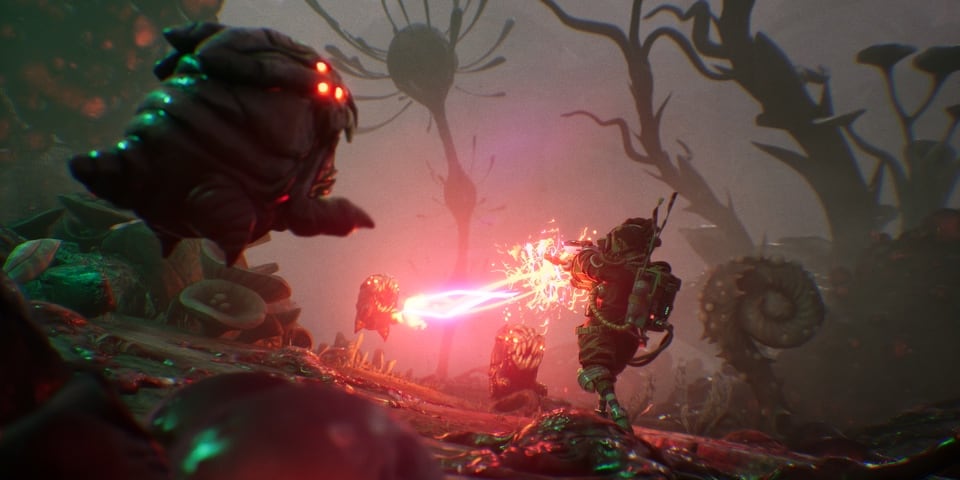 Through most of The Gunk you will be vacuuming gunk to clear areas and breathe life back into them. It’s a direct allegory for the pollution in the real world and destruction that it is causing, as the gunk is having a major ecological impact and killing off the natural environment. The Gunk is very much a tale of nature against industrial overreach and it handles this topic well, unfolding its story gradually and in an often subtle way. The environment handles much more of the story telling than Rani’s dialogue does.

Aside from clearing gunk and fending off critters, The Gunk is also about resource collecting. Pumpkin has a scanner function that allows you to learn about some of the plants, animals, and other points of interest in the environment. Doing so will allow you find resources like metal, organic, and fibre, with all of these being used to craft upgrades for Rani and Pumpkin. You can’t craft while on the go but must instead return to the campsite – in each area you visit, you will be able to set a beacon so you can fast travel back to base. The upgrades vary from making Pumpkin’s hoovering function more powerful, to providing additional health for Rani, and creating a decoy that attracts enemies. 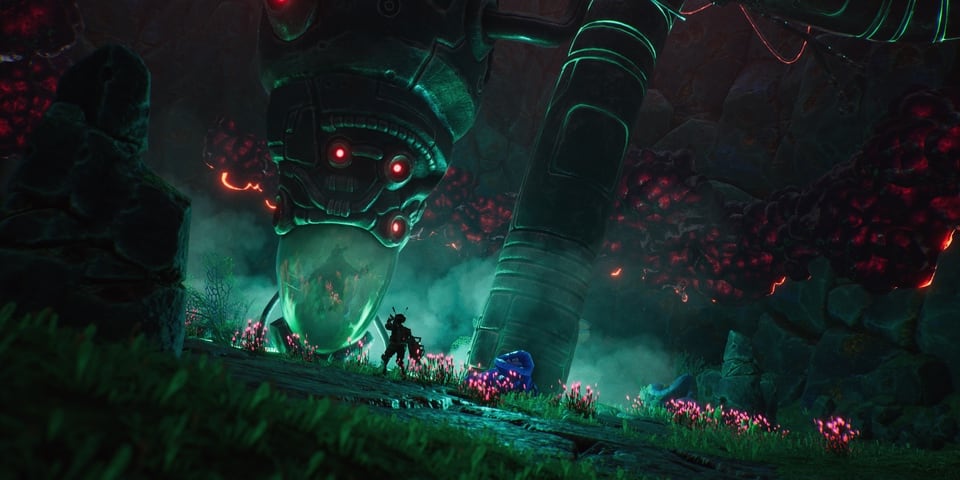 As you explore the world and make your way through The Gunk’s story you will encounter a number of environmental puzzles. To pass these puzzles you will need to use certain plants, like a seed plant that will grow a sturdy natural platform, or another plant that acts as a bomb. The puzzles will start off simple, but as you make your way through they become a bit more complex and spread between multiple room. They don’t become so complex that you will get stuck for long.

The Gunk takes roughly 6-7 hours to complete, but the pacing feels more drawn out through the final act than it needs to be, especially when it leads up to a rather simple final boss. Your playtime might also be disrupted by a few minor bugs blocking progression because clearing the gunk didn’t trigger the animation needed to continue. A quick quit to the main menu and reload resolves this, and there’s thankfully frequent checkpoints so no progress is really lost. 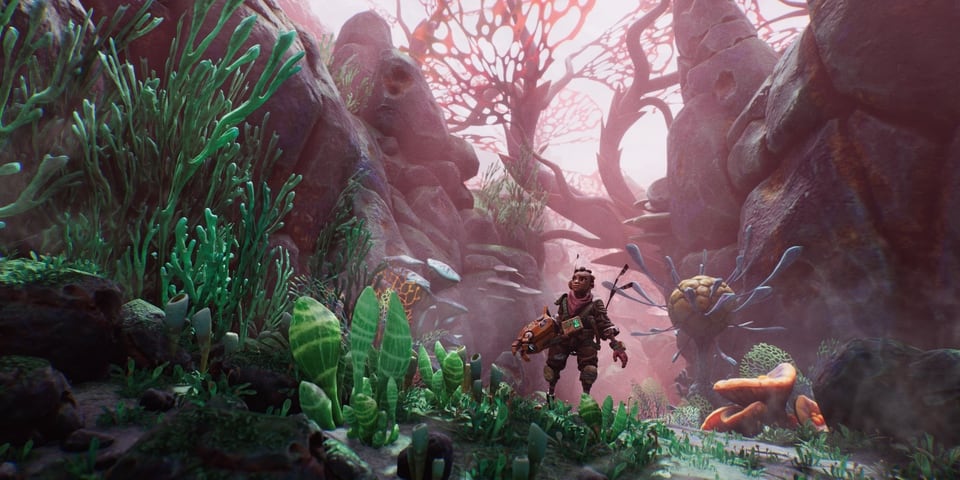 The Gunk does has a good visual style with environments that pop with colour providing a feeling of hope, while the more grey and dreary areas really helping to evoke a sense of oppression and dread. The voice acting is very well done too with the actors behind Rani (Fiona Nova) and Becks (Abigail Turner) both bringing strong performances and a real sense that these two characters have known each other for a long time.