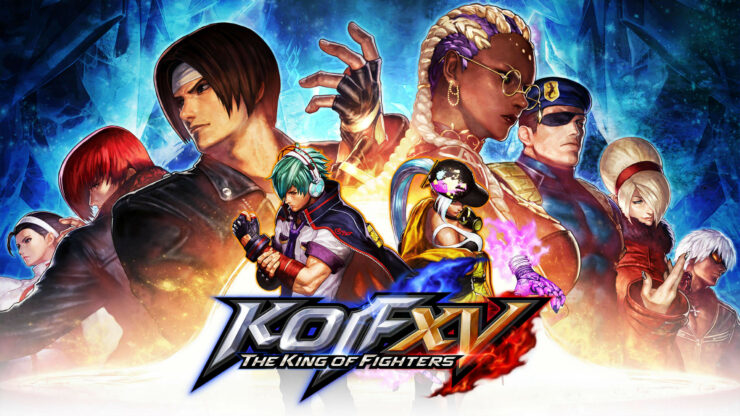 The King of Fighters XV has gotten off to a great start with the Open Beta we received last month. However, now that we got the Second Beta out of the way, the game has improved massively, and clearly, SNK is taking the feedback given by players. How can we come to this impression? Well, it’s a matter of perspective and prediction.

The King of Fighters XV second beta gave players access to 8 characters different from the first beta, 2 of which were the new characters… Or rather, “new” if you don’t want to count K’9999’s obvious inclusion. I know that it’s supposed to be a reimagination of the character, but as I’ve learned, the character is pretty one-to-one the same. Down to his name, even (Khronen is a play on words in Japanese which roughly translates to K/4/9).

Does this mean that the ending of KOF 2001 is canon now? You know, the one where he pisses off to parts unknown (also known as legal continuity hell) with Angel after ditching Kula in the middle of nowhere? I mean, I’d rather that is canon and he just came back as Khronen hoping that nobody remembers who he was after his 20-year long vacation. Either that or he is simply going to run away in fear after seeing Kula back in KOF XV. 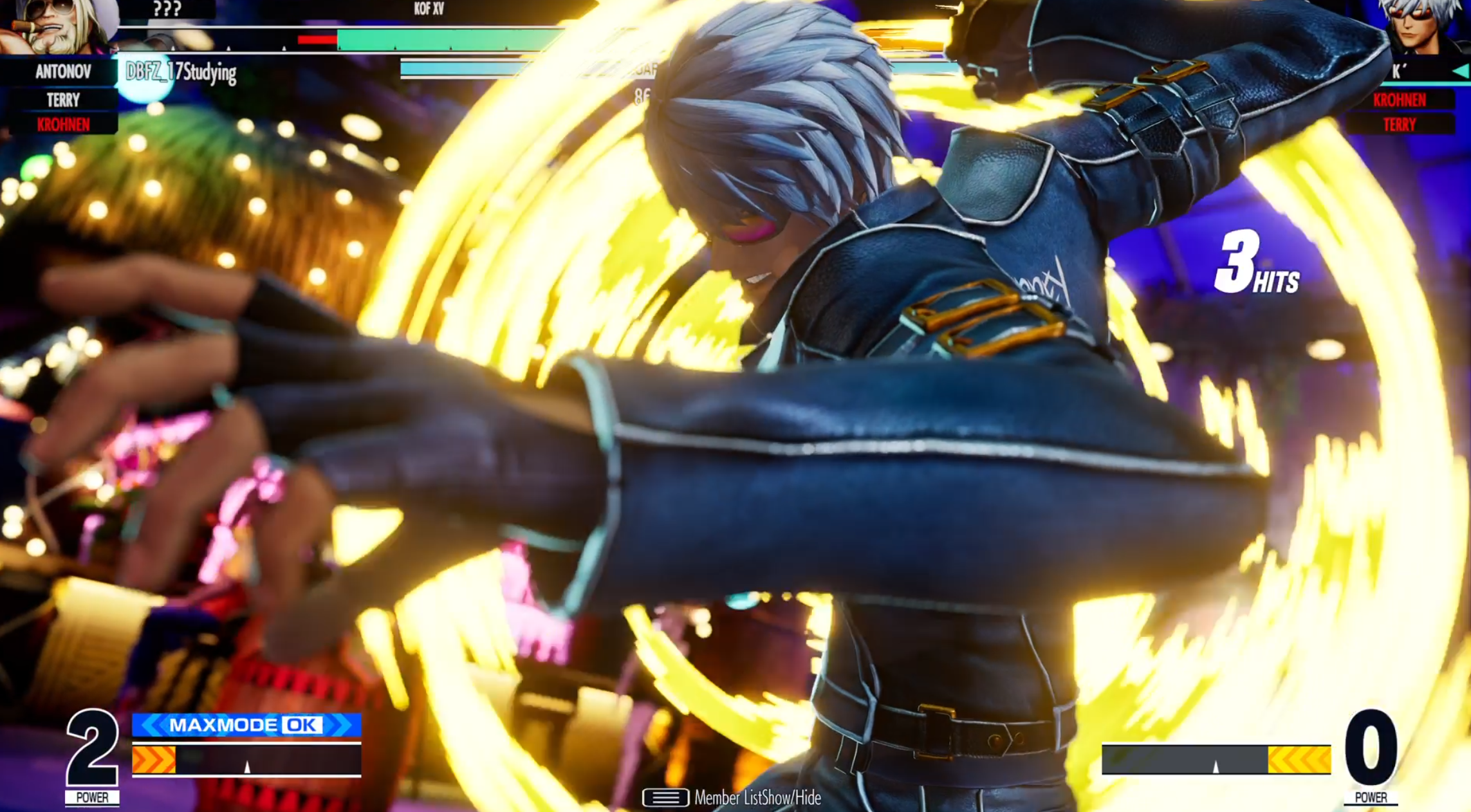 Regardless, the other new character we have access to is Isla. This character focuses on ranged attacks and mobility options that she uses to play keep-away from the player while closing in on her target the moment she needs to. In my opinion, Isla is going to be a zoner’s dream due to how versatile her movement options are.

However, that should probably speak a lot about how diverse the KOF XV roster really is. Even with such limited insight, you can feel every character fitting very specific niches. Terry, for example, has become more aggressive with his movement options and is now a very aggressive rushdown with good mobility tools while Ryo retains some of his Shotokan roots and plays by the same rules despite his fireball being locked to an EX.

This is going to be where my criticism comes from, however. As a long-time KOF fan, I noticed that many characters got changed for the sake of pacing. Not to mention, a lot of their options have been changed in terms of the motions that need to be done.

For example, Terry’s Rising Tackle used to be a move with a charge motion (Hold Down for a bit before moving the stick upwards and pressing kick). However, in The King of Fighters XV, this move was changed for a Dragon Punch (or Shoryuken) motion. Ryo’s fireball as mentioned before was changed to be part of his EX attack rather than sticking to a charge motion.

You’ll find plenty of examples like this in every single one of the characters in KOF XV. This change might be a bit controversial, but I feel like we’re going to make some compromises with the motions that need to be done. Before an FGC elitist comes here saying that we should have pretzel motions or other dumb stuff like that, KOF XV has limited itself to having Half Circle motions, Quarter Circles (and double variations), DPs, and Guilty Gear Strive’s Super motion for Climax Attacks (half-circle back, forward + KP).

Don’t worry, the characters aren’t neutered down for the purpose of simplicity. In fact, KOF XV is the next step in terms of having players graduate from DBFZ’s simple controls because it introduces new variations for motions that players can still gradually get accustomed to. The moves themselves are still there, they just have been repurposed.

Since we got the accessibility topic done, we should talk about the meat and gritty of the game. The rollback works. The End. 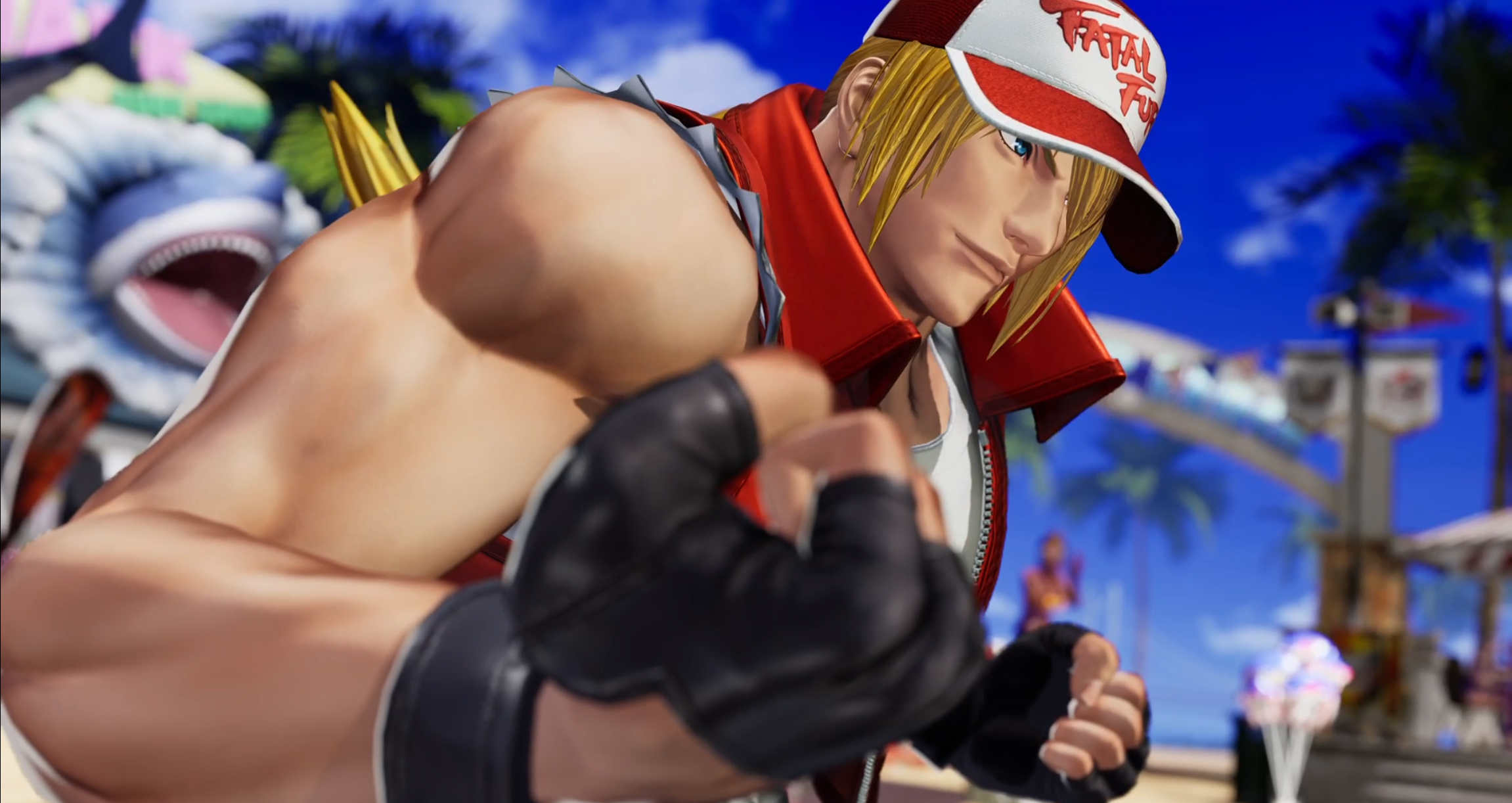 Joking aside, the game focuses on 1v1 fights with 3 different characters. Unlike DBFZ, you cannot switch between those characters. The character you pick first will go first; after they get KO’d, the second character will show up, so on and so forth. KOF XV has a bigger emphasis on building up meter.

Meter management is one of the most important aspects behind KOF XV’s combat. Even more so than your own health bar. It’s crucial to be very aware of how much meter you spend because the meter that your point character uses is the meter that the anchor character might need.

This is the reason why I believe that the auto-combo system in The King of Fighters XV is actually pretty balanced for what it sets out to do. Why? Because even if it’s the same usual “Mash Light punch to get a quick combo out”, the finisher always will be a super. The strength of the super will depend on how much meter is available to you at the moment.

So, you have to be pretty self-conscious about your meter expenditure even if you are the most basic of auto combo spammers. You have to gauge whether or not it’s worth it to spend 3 bars right away while doing an autocombo or saving said bars by doing other kinds of combos or different moves.

Almost every game-changing mechanic is tied to meter in the same fashion. To perform EX moves, you need half meter; if you want to use the newly implemented Shatter Strike (which essentially gives you a free crumple state from a block and has guard point), you need to use meter; or if you want to access some of the game’s crazier options like MAX/Quick Cancels, you have to use meter.

It’s also important to note that you don’t need to have MAX Mode on to perform EX Moves, unlike KOF XIV. You can perform the moves without that. However, EX moves cost half a meter to perform. So, as pretty much stated before, everything you do will be tied to how much meter you want to consume at the time. 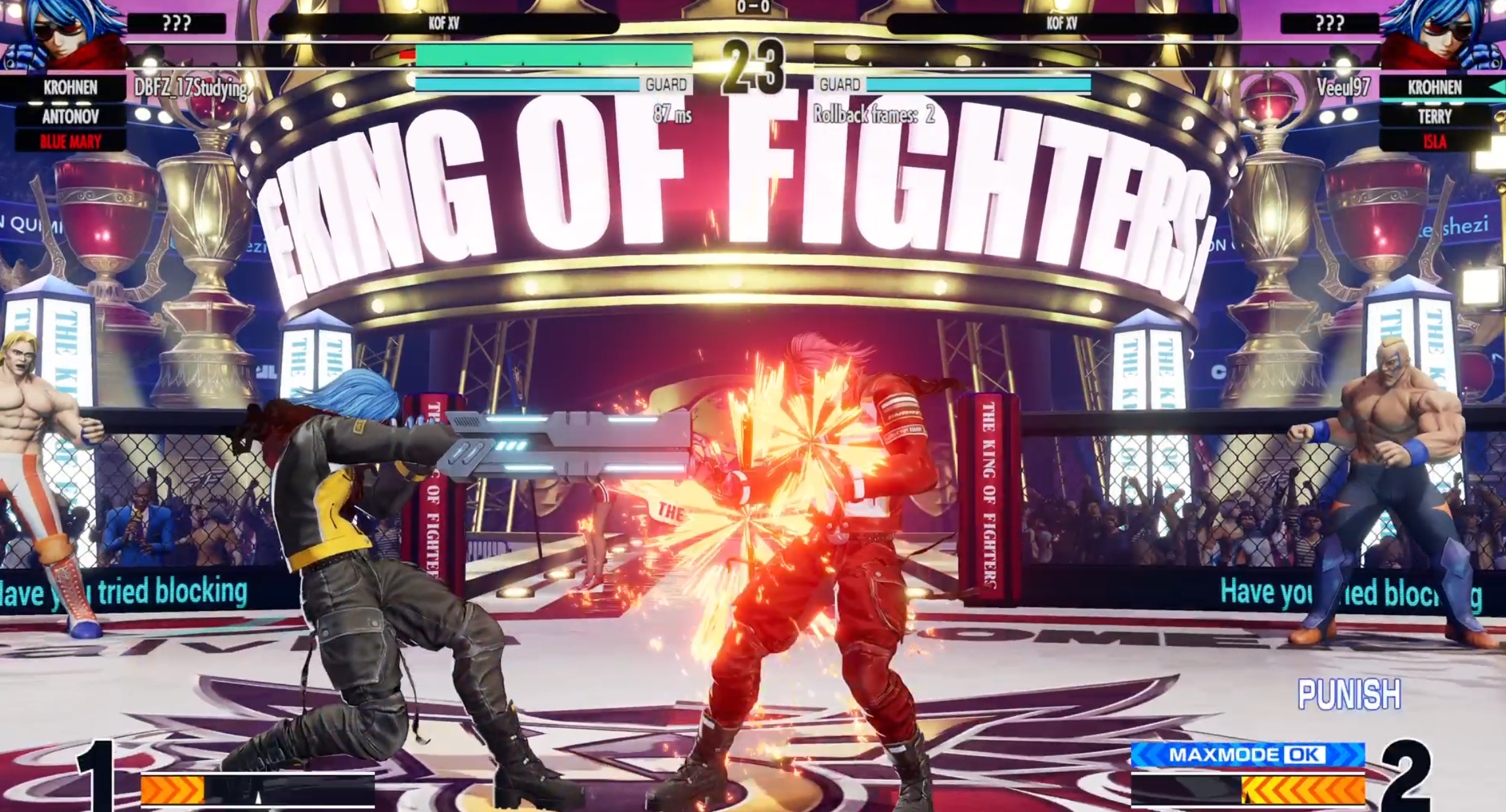 When I got into KOF XV, I was playing extremely conservatively. But as I continued to play (especially after I finished recording the gameplay footage), I started to learn how essential meter usage is in this game. Most of the effective combos are going to be tied to MAX Mode (which is accessible from 2 bars onward) and how much you can do with the limited time you have of EX moves and Super Cancels.

The game’s meta will likely revolve around the point and mid characters helping the anchor character as much as possible. Having a 5-bar startup can be pretty game-breaking. In fact, some players have already figured out some crazy ToD combos with all the characters available in the current beta.

Overall, however, I believe The King of Fighters XV is going to be a very accessible fighter with a ton of depth that will be shattered in half by more seasoned players. Since the rollback netcode is actually pretty effective, I also believe a lot of Online tournaments will be available once it releases. However, we still have a few months before the game’s release so we can only hope the game’s launch goes smoothly. The King of Fighters XV is set to debut on February 17th, 2022, for PC, PlayStation 4, PlayStation 5, and Xbox Series S|X.