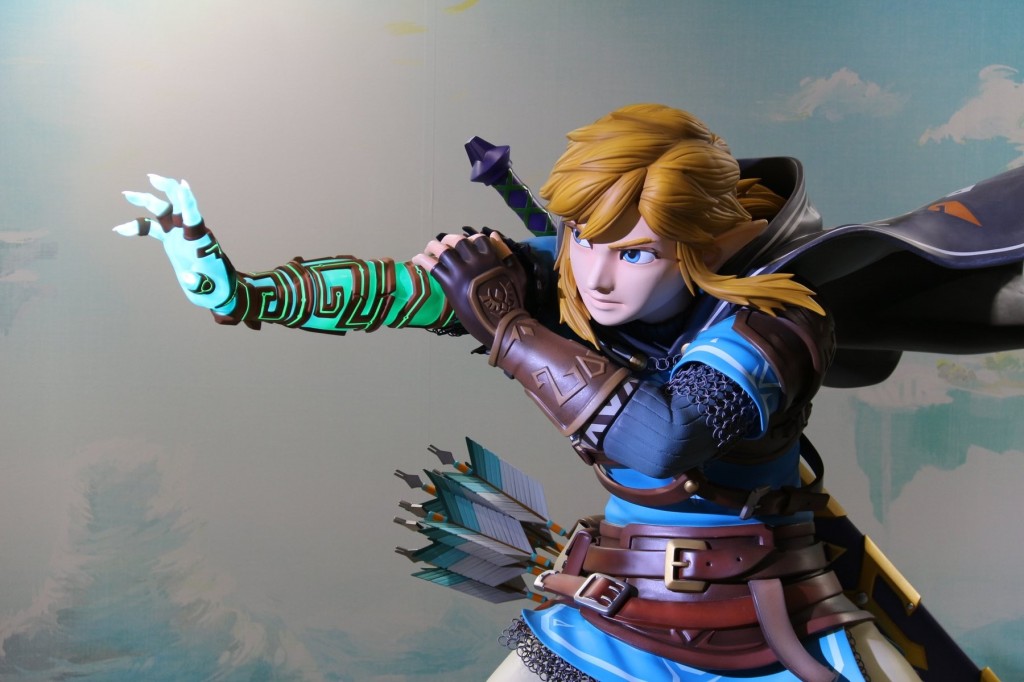 Fans have their best look yet at Link’s funky new arm from The Legend Of Zelda: Tears Of The Kingdom, thanks to a life-size statue.

Even with an exact release date, there remain a lot of questions surrounding The Legend Of Zelda: Tears Of The Kingdom, sequel to Breath Of The Wild.

Nintendo is unlikely to answer those questions any time soon but, in the meantime, fans can fawn over a new life-sized statue of Link the company has made to promote the game.

There’s no word on Nintendo selling a smaller version of the statue, but it does give us a good look at Link’s weird, glowing arm, something that’s believed to be both plot relevant and tied to new gameplay mechanics.

The statue was on display at the Nintendo Live 2022 event in Japan, which ran over the weekend and featured game demos and musical performances from Animal Crossing and Splatoon.

Tears Of The Kingdom was, unsurprisingly, not playable but attendees were able to take photos of the Link statue. It depicts Link stretching his glowing arm outwards as if he’s pointing his palm at something.

There were signs of Link’s arm becoming corrupted or changed as far back as the original 2019 announcement trailer.

The E3 2021 trailer showed Link using powers that seem to be tied to this new arm. For instance, he used what looks like Breath Of The Wild’s stasis ability (or some sort of time reversal power) to stop a spiked ball and send it backwards.

He also demonstrates an all-new power that allows him to phase through structures. Considering he does so with his glowing arm stretched out, surrounded by a green aura, it’s safe to assume that this power is tied to the arm as well.

Perhaps the arm will serve as a replacement for the Sheikah Slate, the tool Link used in Breath Of The Wild which gave him access to various abilities – such as making bombs and ice structures.

Fans won’t know the full scope of Link’s new powers, or the circumstances surrounding his arm, until closer to the game’s release. Nintendo has been particularly secretive with this sequel, not even sharing its name until last month.

One thing that is known is that, aside from the land of Hyrule, players will be able to explore a land floating in the sky; one which feels very similar to the floating islands from The Legend Of Zelda: Skyward Sword.

The Legend Of Zelda: Tears Of The Kingdom launches for Nintendo Switch on May 12, 2023.