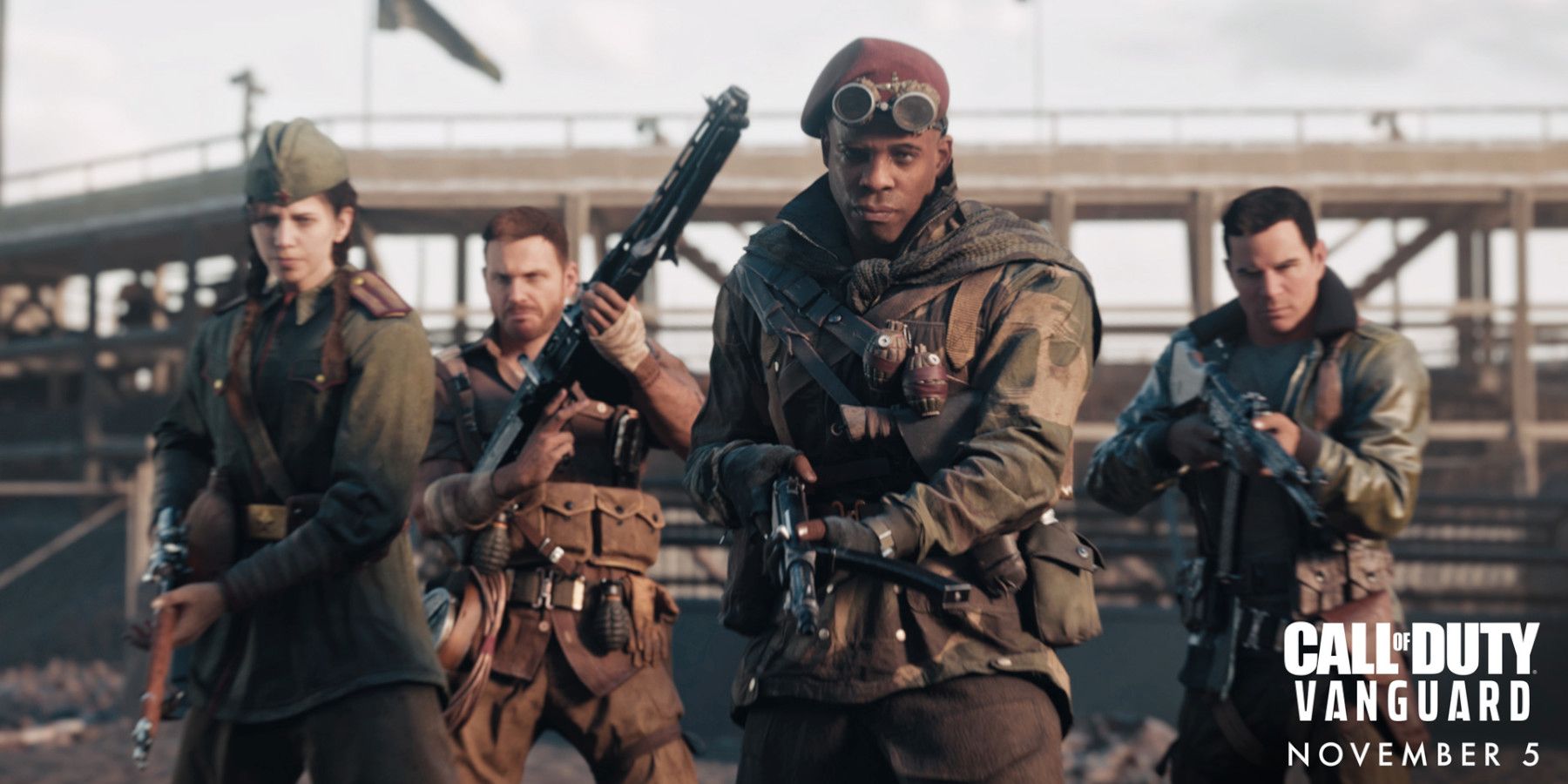 Call of Duty: Vanguard fans have responded positively to several aspects of the game. The confirmation that multiplayer will feature 20 maps at launch was a welcome surprise, as this is a major step up from past years. Call of Duty: Vanguard’s campaign footage was well-received, too, as was the announcement that Treyarch would be returning to develop Zombies. However, not everything about the game will be welcomed with open arms.

One aspect of Call of Duty: Vanguard that will undoubtedly prove controversial is its engine. In the eyes of many fans, Sledgehammer making use of the IW8 engine is a positive, as the 2019 reboot of Modern Warfare boasted some solid visuals. However, some of the features tied to the engine were more divisive, and that same controversy will be felt throughout Call of Duty: Vanguard during its life cycle. As such, here are the pros and cons of the IW8 engine being used for 2021’s Call of Duty game.

The Pros of Call of Duty: Vanguard’s Engine

The most obvious positive of the Call of Duty: Vanguard engine is its graphical fidelity. The game’s realistic approach to its visual style fits with a military shooter, and it allows the game to look familiar graphically to what is seen in Call of Duty: Modern Warfare. Environments are detailed and boast believable lighting, while all the guns and character models boast intricate touches. For those that care about how good their games look, this engine choice will undoubtedly be seen as a positive.

Alongside visual fidelity, the more sophisticated engine ensures that significant improvements can be made to the core gameplay mechanics of a Call of Duty game. This shows via Call of Duty: Vanguard’s destruction system. Players can shoot through walls and other forms of cover in the latest iteration of the long-running FPS series, something that provides a tactical advantage and lets players come up with new strategies. Specific vantage points can be opened, while others could be left closed, ensuring that each match plays out differently.

Another aspect of the Call of Duty: Modern Warfare reboot that was received well by fans was the gunplay, something that bodes well for Call of Duty: Vanguard. With the same tools available to Sledgehammer Games, the World War 2-era guns can feel just as good as the weapons did in 2019’s Call of Duty game. Warmly received features like tactical sprint will be available again, too, with players able to sprint extra fast if they hold up their gun. However, for all the strengths of the engine, it is hard not to see its return as a double-edged sword.

The Cons of Call of Duty: Vanguard’s Engine

While tactical sprint was not as divisive as the other gameplay additions made using the IW8 engine, those other additions are still present in Call of Duty: Vanguard. Doors, for example, have made a return. Many did not like the system, as most argued that it promoted camping. While being able to peek, open, destroy, and shoot through doors did add a new layer to gameplay, many felt it was unnecessary and put those that like to rush at a major disadvantage.

Adding to the frustrating mechanics is the ability to mount. This is another feature that is liked by some and despised by others, as it sees players being able to rest their gun on a window or piece of cover for increased accuracy. Most of their body will be obscured, too, meaning that Call of Duty players will need a perfect headshot to take them down. Even more divisive will be how Call of Duty: Vanguard takes this feature a step further, as players can move across cover without leaving their mount. They can also blindfire, laying down shots while staying almost entirely in cover.

A smaller issue that could come from these mechanics is their potential impact on Call of Duty’s camo challenges. Call of Duty: Modern Warfare, for instance, had challenges that forced players to mount. Not only did this further encourage camping, but it also saw players who like to rush being forced to play slowly if they wanted to unlock every possible camo for their favorite weapons. This could extend to blind fire as well, making for another painful camo grind that prioritizes the engine’s most divisive features.

A bigger issue is already visible in Call of Duty: Vanguard’s Alpha, as the PlayStation exclusive trial period has shown some serious visibility issues. With the game’s visuals focused on realism, the character models will often blend in with their environments, making it harder for players to spots enemies that are behind or near cover. This is a major issue in a fast-paced multiplayer game, as being able to identify and gun down targets quickly is of huge importance. While the game may look more impressive visually than Call of Duty: Black Ops Cold War, it lacks that game’s bright color palette – something that helped greatly with visibility.

Other issues like entering a prone position slower and lengthy weapon swap animations will surely have the community divided as well. Realistically, whether Call of Duty: Vanguard’s use of the IW8 engine is seen as good or bad will come down to player preference. For those that enjoyed Call of Duty: Modern Warfare’s approach, the game could be a great return to form that leaves them feeling just like they did in 2019. For those who prefer the old school Call of Duty feel seen in 2020’s Black Ops Cold War, the engine will likely be viewed in a negative light. As such, players may want to try the ongoing Alpha or the upcoming betas to form their own opinion.

MORE: The Last 3 Months of 2021 Are Absolutely Stacked for FPS Games