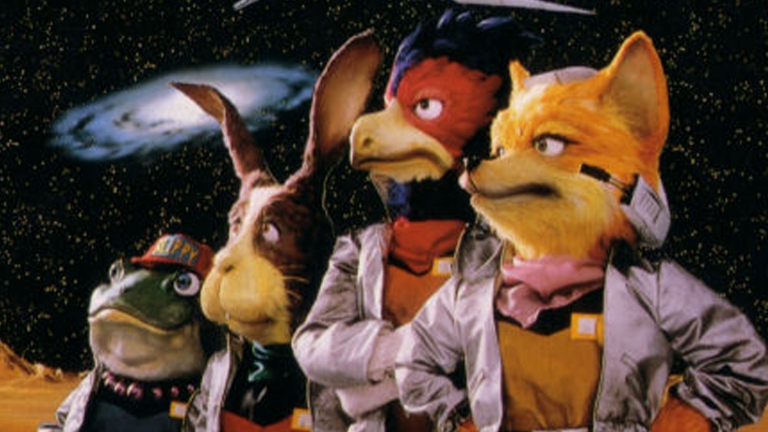 The last official Star Fox game, 2016’s Star Fox Zero, was a bit of a misfire due in no small part to it releasing on the Wii U and requiring the GamePad to properly aim at enemies. Fortunately, when Nintendo games fail to live up to expectations — or when the developer itself doesn’t listen to its fans — modders pick up the baton. Odds are you have heard of Milton “DoctorM64” Guasti and his ill-fated AM2R fan game, but do you know about Chasen “UndyingNephailm” Lindsey and his upcoming title Star Fox Event Horizon?

This Star Fox fan game on PC that has been in the works since 2014. The game is currently being developed with the Freespace Open engine, which powers the space combat sim Freespace 2. So, technically, Star Fox Event Horizon is a Freespace 2 mod, but when UndyingNephalim is finished, his project will be a standalone title you can play without the source game, and for free.

If you’ve ever played a Star Fox game, you basically know how Star Fox Event Horizon functions. The mod features on-rails sections and open “All Range Mode” segments, both of which are far larger and more hectic than anything seen in an official Star Fox title. In fact, UndyingNephailm claims the game is capable of creating “massive scale battles with hundreds of capital ships and thousands of fighters.” But that’s just the title’s opening salvo.

Even though Star Fox Event Horizon is just a fan game, it’s also the most ambitious Star Fox title to date. According to its creator, the game boasts a roster of over 30 pilotable ships (and counting) and over 25 playable characters drawn from official Star Fox games and lore — with a few new ones thrown in for good measure.

Of course, what good is a ship and a pilot if you don’t have anywhere neat to fly? Star Fox Event Horizon recreates all the planets and enemies gamers love, with a few new additions drawn from UndyingNephalim’s own imagination. And more content is being added with every patch, so the sizable game is only going to get bigger.

Whether development on the game will actually be allowed to continue will of course be up to Nintendo, a particularly litigious publisher that’s shut down plenty of other fan games in the past. But for now, UndyingNephalim has received a blessing from at least one of the actors of Star Fox games past. Estelle Ellis, the original voice of Krystal, recently announced that she will reprise the character in the mod.

Eight years is a long time to work on a mod, especially since it still isn’t complete, but that’s because Star Fox Event Horizon isn’t UndyingNephalim’s only project. If a space combat sim isn’t your speed, he’s also working on a real-time strategy game featuring Legend of Zelda characters. Hyrule Conquest uses the open source RTS game 0 A.D. as a basis.

Like Star Fox Event Horizon, Hyrule Conquest is a love letter to its respective source material and adapts countless characters and monsters from Zelda games to create over 24 factions, including Gorons, Sheikah, Deku Scrubs, and Stalfos, with more factions and units being added with each patch. But while Event Horizon simply recreates the Star Fox experience on PC with larger battles, Conquest is unlike any other Zelda game out there. Unless Nintendo were to hire UndyingNephalim and ask him to develop an official Legend of Zelda RTS, it’s possible you will probably never play anything like Hyrule Conquest on the Nintendo Switch.

Even though Star Fox Event Horizon and Hyrule Conquest are still in development, you can download both and try them out for yourself. And, if Nintendo ever does decide to send UndyingNephalim a cease and desist letter, he has a third project up his sleeve, the sci-fi RTS Sigma. Unlike his other mods, this one is an original IP, so it’s safe from a copyright perspective.