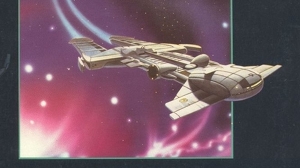 It’s incredible to think that Starflight, developed by Binary Systems and one of the first games published by Electronic Arts, isn’t better known today. Conceived in the early 80s by Rod McConnell and Jim Yarborough, their idea was to create an open-ended space exploration game with random encounters and resource collection. Today, you’d think of No Man’s Sky, Mass Effect or Elite Dangerous; even by 1986, when the PC original of Starflight was finally published, nothing like Starflight existed despite distant relatives such as the space trading game, Elite.

Towards the end of 1982, McConnell formed a company, Ambient Designs, to work on the concept – known as Starquest at this point – with the blessing of the embryonic publisher. One of his first employees was programmer Alec Kercso. “I was in my senior year at UC San Diego when I met Rod,” says Kercso. “At the time most people, and certainly most students, didn’t have a personal computer at their desk and compared to today there wasn’t nearly the number of games out there.” While finishing up his degree in linguistics, Kercso fondly recalls playing classic adventures such as Rogue and Zork, enjoying the exploration and puzzle solving aspects they both presented. In February 1983 he interviewed for a programming role with McConnell, returning to university with a job and a book on the programming language, Forth. He also purchased an Atari 800 – the home computer that Starflight was intended for.

Also studying linguistics (actually a sub-division known as bio-linguistics), and rooming with Kercso at college, was Greg Johnson. Curious about the exciting project that his friend had become involved in, Johnson’s interest in Starflight led to him making some early key contributions. “When I came onto the project I was very enthusiastic about creating a whole universe, a deep story and alien races with personalities while putting the player into a big adventure. I managed to convince them, and the project changed direction.” he explains. One of the most memorable facets of Starflight, its overarching story, complete with an extraordinary twist, had been set in motion.