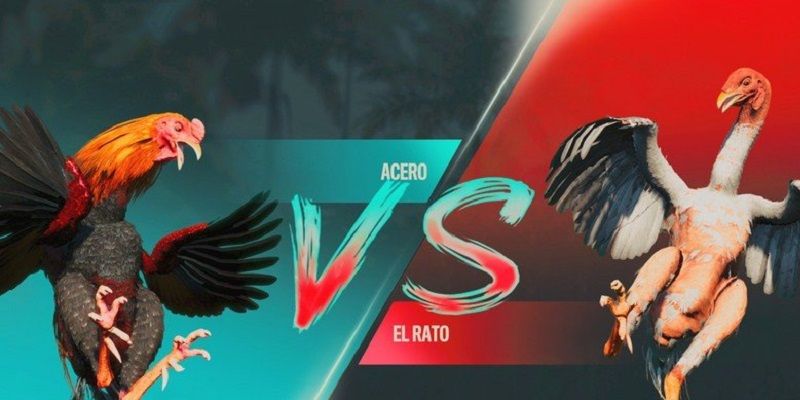 It’s been a pretty busy week in gaming. From the release of Far Cry 6, Metroid Dread, and Nickelodeon All-Star Brawl to the announcement that Sora is coming to Super Smash Bros. Ultimate – there’s been no shortage of things to talk about.

Related: Kirby Doesn’t Get Sora’s Keyblade In Smash Ultimate Because He Isn’t Worthy

Okay, so maybe it’s been a bigger week for platform-fighters than anyone else, but it’s still been exciting in other areas. Here are some of the biggest features of the week from TheGamer.

Far Cry 6’s Cockfighting Is Gross, And We Should Care More About It

The first feature we want to highlight this week is from editor-in-chief Stacey Henley, who argues that Far Cry 6’s cockfighting minigame is gross, and that more people should be paying attention to it. Stacey puts forward that Far Cry 6 has more than enough issues with its tone and trying to tell a serious story to then chuck in something as undeniably gross as cockfighting, a sport that has two animals fighting each other for money.

Master Chief Would Have Been Perfect For Smash Ultimate

Although we’ve got plenty of features on the site talking about how great it is that Sora is in Smash, features editor Jade King looks down an alternate path and argues that Halo’s Master Chief would have been a perfect inclusion for Smash. In the feature, Jade argues that Master Chief would have been a great final choice for Smash, and would mark how great of a relationship Xbox and Nintendo have, as well as being a very unique choice as a fighter. Perhaps we’ll get to finish the fight in Smash another day.

In this feature, lead guides editor Dave Aubrey argues that Nickelodeon All-Star Brawl has leaned a little too heavily into its hardcore side, resulting in it losing its core audience. Having played the game with other members of TheGamer, Dave notes that Nick Brawl is completely missing any kind of casual play options such as items, and instead focuses on the hardcore audience. That’s great for those who want rollback, but for the current fans of Nickelodeon – kids – it’s not going to be easy to get into.

Jumping away from the platform-fighters for a moment, we have deputy guides editor Meg Pellicio hoping that Stranger of Paradise could be the start of a broader Final Fantasy-verse. Meg argues that the recent reveal that Jack is Garland, who eventually becomes Chaos, could lead to an MCU-style Final Fantasy multiverse, with the Jack we see in the trailer seemingly not even remembering his own identity. One explanation for this is that this is a multiverse story, which Meg argues is something that is long overdue.

Sylveon In Pokemon Unite Is Bad News For Eevee Fans

For our final feature we want to highlight this week, we have lead features editor Cian Maher talking about the addition of Sylveon to the Unite roster, and how that probably means that other Eevee evolutions probably won’t be making it into the game. Cian notes that as great as Sylveon is, its inclusion makes it incredibly unlikely that we’ll be seeing other Eevelutions thanks to how evolving works in Unite. If Sylveon is being picked as the evolution for Eevee within Unite, it’s going to be a lot of work to allow for its different type counterparts.

Next: Sora In Smash Is An Even Greater Reveal Than Kingdom Hearts 3