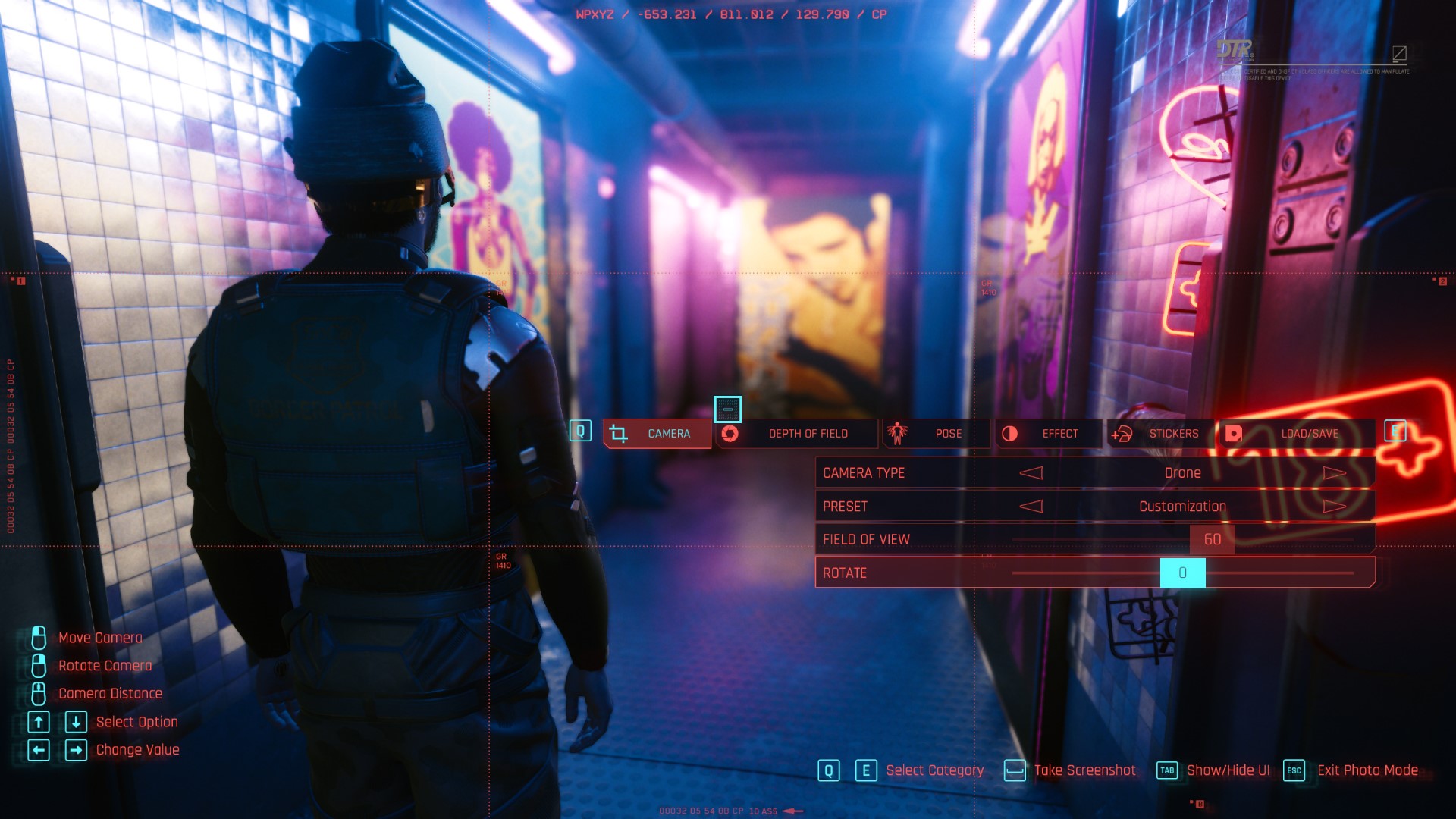 Whatever else you might say about Cyberpunk 2077 – and there's plenty to say, believe me – it's awfully cool to look at. That means its photo mode is particularly enticing: while it's a single player game, there's always the potential to show off cool looks for V or skillfully composed action shots taken mid-shootout. There's a mod out now that removes some of the limitations on photo mode, so you can really go wild with your screenshots.

Photo Mode Unlocker 1.3 by SilverEzredes does exactly what it says. Cyberpunk 2077's camera in photo mode is tethered to V, but the mod increases the maximum distance by a hundredfold. Similarly, it increases the distance for fully detailed models and textures (the 'LOD0') by 100 times, making sure that even objects that are extremely distant from the camera still look highly detailed and clear.

Using the mod, you can set your field of view from 1-100, rotate it 180 degrees, and set your depth of field aperture anywhere from 1-100. If you're sick of looking at V, you can also use this mod on Johnny Silverhand, and you can put him in all the poses normally available for V. All poses, as well as all the jackets you can wear, will now allow you to use the 'look at camera' option, too.