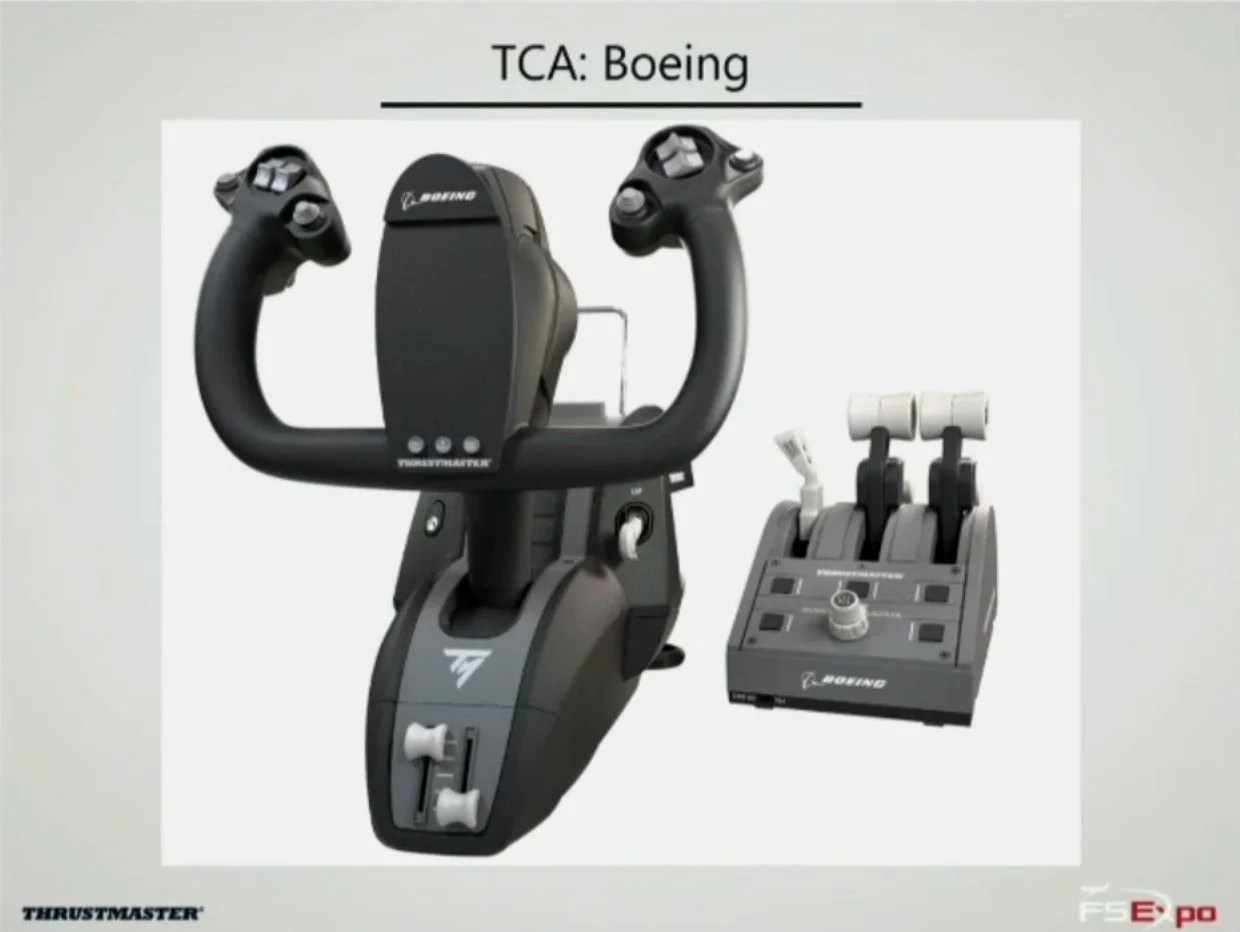 The TCA (Thrustmaster Civil Aviation) Yoke Boeing Edition was teased yesterday and will reproduce the pendulum action of the real ones on Boeing airliners, and couples with the TCA Quadrant Boeing Edition, throttle set for two engines including interchangeable flaps or spoiler levers, an autopilot selector knob, and more.

Inspired by the 787 Dreamliner, the yoke’s internal structure is 100% metal to guarantee sturdiness.

Thrustmaster worked with Boeing Engineer to get a result as close as possible to the real controls. Incidentally, this is Thrustmaster’s first-ever yoke.

The full reveal will be on November 9 and for now, the manufacturer isn’t ready to share more. A prototype was already available to test at FlightSimExpo.

Of course, you can certainly expect the yoke to be compatible with Microsoft Flight Simulator, and other sims like X-Plane and P3D. It’s also confirmed to work on Xbox.

Thrustmaster already sells the excellent TCA Airbus set, so now it’ll have in its lineup officially licensed products from both major airliner manufacturers.

Of course, you can expect more news about this yoke as soon as Thrustmaster reveals more on November 9, 2021.