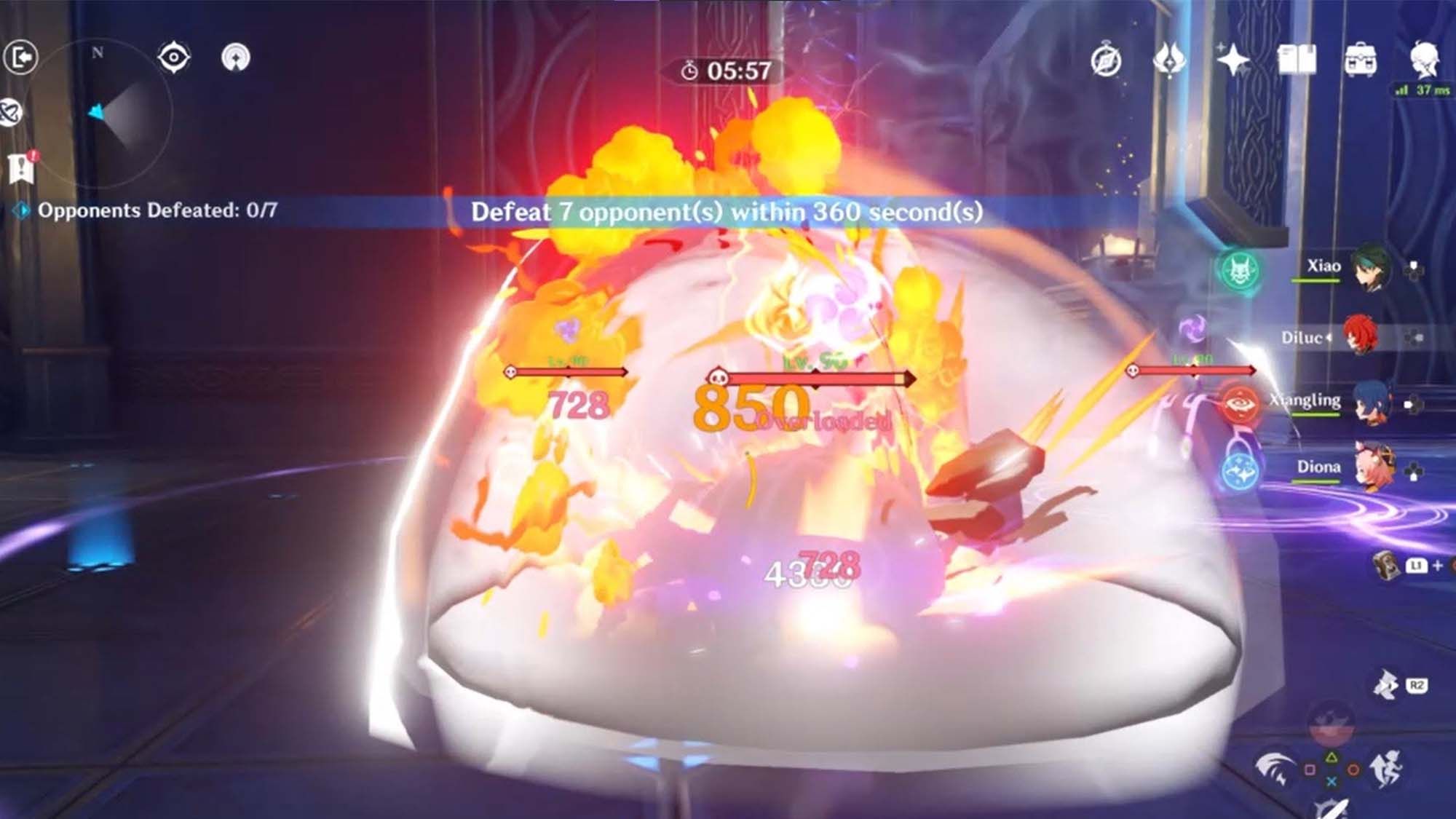 Though many of its competitors fall into the “power creep” trap – when newly released characters make older, weaker characters obsolete – Genshin Impact is an example of a gacha where every character is endgame-viable. Genshin undoubtedly has its superstars but even the starter units can hold their own. An effective team is only partially dependant on the characters on that team, and is more so a product of which artifacts those characters possess.

Artifact farming is a chore that’ll take up more time than any other for late-game Genshin players, and since artifact domains reward loot at random, the amount of time required from one player to another can vary. However, each domain has clear-cut strategies and leyline disorders (i.e. buffs and debuffs) you can take advantage of to make the process more efficient. You’ll also get better rewards more often if you’re doing the highest difficulty domains after adventure rank 45. Here are some other tips and tricks.

Diluc will shine here, so will Klee, Yanfei, and Yoimiya. However, ranged attackers should beware of the second wave of cicin mages and Genshin’s imprecise auto-targeting. Defensive units aren’t necessary, but if the incoming damage is too much then Noelle, Zhongli, or Ningguang are great for non-reactive shielding. Diona is also viable, since her shield can block the lightning strike superconduct triggers, though it’s better not to depend on her elemental burst for healing here.

Valley Of Remembrance (Anemo And Healing)

Valley’s physical damage bonus is a boon for Eula mains, as well as physical-build Keqinqs, Razors, Beidous, and Crescent Pike-wielding Rosarias. Valley is among the least complicated domains because it lacks a negative leyline disorder effect.

If you’re comfortable panning the camera to keep the fatui agent in your periphery then you can focus on the cicin mage first, for the sake of eliminating its annoying cicins. The fatui agent is only dangerous if he sneaks up on you. Tracking him can be tricky depending on your platform of choice, so prioritize enemies as you see fit. The treasure hoarders can be used to refresh “on-kill” buffs if your weapons have any, or they can provide slow-moving projectiles for Beidou to counter easily.

Much like Midsummer Courtyard, Domain of Guyun rewards certain reactions and punishes others. This time superconduct causes extra damage against enemies, while melt and vaporize – the game’s strongest elemental reactions – will harm you.

Nevertheless, this domain is a cakewalk for Fischl, Sara, Raiden, Ganyu, or even Ningguang – the lattermost can attack the ruin hunter without chasing it or needing to aim. The last two cryo mages will tempt you to use melt reactions, but stick with superconduct and their shields will break in no time.

These two can be utilized if a strong shielder is available, such as Zhongli or Diona, but attackers such as Kaeya, Ayaka, or Rosaria trivialize this challenge without much need for defensive measures.

Steadfast in their strength, unreactive, resolute as a mountain… geo mains reign supreme at the cavern. Venti is also an excellent choice for this domain, but that goes without saying since Venti cleans up most domains effortlessly. Swirl reactions are useful here since you’re faced with three abyss mages, each one weak against one of the others’ elements.

Geo characters also receive a generous 75 percent elemental damage buff from the leyline disorder with no negative trade-off. A Ningguang with any constellations will be able to deal area-of-effect geo damage, which is even more useful here. Stand near the outer wall so that the mages teleport close together then unleash your AoEs with Ningguang or Zhongli.

Peak Of Vindagnyr (Cryo And Hydro)

Standing on the heated tile is far less important than staying off of the chilled ones. Although the threat of sheer cold is ever-present, with enough damage (especially pyro damage) you can easily clear this dungeon before the biting cold chips away at your HP.

The usual suspects are up to bat: Diluc, Bennett, Xiangling… anyone who can contribute to, and take advantage of, pyro elemental resonance. The Peak is widely seen as the easiest top-level domain, which contributes to the DPS dominance of Ganyu and Ayaka, who can be geared up easily here.

This domain rewards defensive play, which isn’t a common occurrence in Genshin Impact, so bring out your Xinyan, Ningguang, Zhongli, Diona, and Beidou and watch your enemies beat themselves up.

The leyline disorder here damages enemies every time they attack your shield. No shields? (Quit sidelining Noelle… she only wants to help). No problem! This whole fight is nothing but two geovishaps, who’ll drop crystallize shields sporadically, pick them up to benefit from the leyline disorder, even if you aren’t using shield characters.

Pyro and cryo characters are explicitly buffed by this domain’s leyline disorder (60 percent bonus damage for standing on the appropriately colored tile), but once again, anemo characters also perform admirably thanks to swirl.

Any pyro or cryo five-star unit will rip through this domain if you’re standing on the corresponding tile, and especially if Bennett is providing his ATK buff. Alternative strategies are as simple as dropping a Xiangling pyronado and/or Guoba, then following up with a burst from Xiao, Kazuha, Venti, or Sucrose to deal swirl and overload damage to the electro lawlachurl and abyss mage.