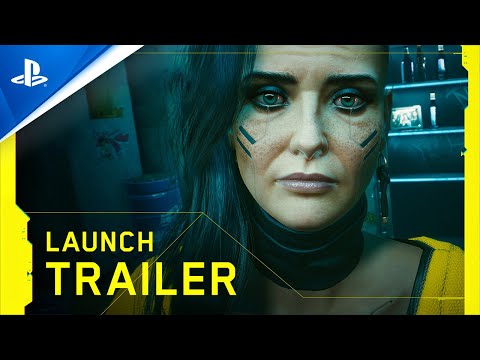 A new Cyberpunk 2077 livestream is coming tomorrow, a couple of weeks after the PS5 version was spotted in the PS Store’s database.

Last month, the PlayStation 5 version of Cyberpunk 2077 was spotted on the PlayStation Store’s database, suggesting that a release is as imminent as February or early March.

Now, CD Projekt has announced that it will be holding a second one of its REDStreams tomorrow on Tuesday, February 15 at 3pm GMT, although it doesn’t specify what exactly will be shown or how long it will run for.

Considering the last one of these streams was held last August to cover Cyberpunk 2077’s DLC and the then-upcoming patch, fans can probably expect at least some information on the game’s future plans.

An exact release date for the PS5 and Xbox Series X/S versions is entirely possible. After all, CD Projekt did say they’d come out this year after delaying them past their original 2021 launch window.

The same applies to its DLC, which also suffered a delay out of 2021.

Aside from some already available cosmetics, it’s not entirely clear what the DLC will entail. It may include multiplayer features since the planned Cyberpunk 2077 multiplayer project has been cancelled.

CD Projekt is no doubt eager to avoid a repeat of Cyberpunk 2077’s launch in 2020 for when it releases the PS5 and Xbox Series X/S versions.

At the time, the game was riddled with all manner of technical issues, particularly on the PlayStation 4 and Xbox One.

This led to CD Projekt offering full refunds to disgruntled players and its own shareholders filed a class action lawsuit against it, one that CD Projekt was able to settle outside of court back in December.

Cyberpunk 2077 is currently available for Xbox, PlayStation 4, PC, and Stadia.

MORE : Cyberpunk 2077 should never be forgiven as games companies have learnt nothing from it – Reader’s Feature