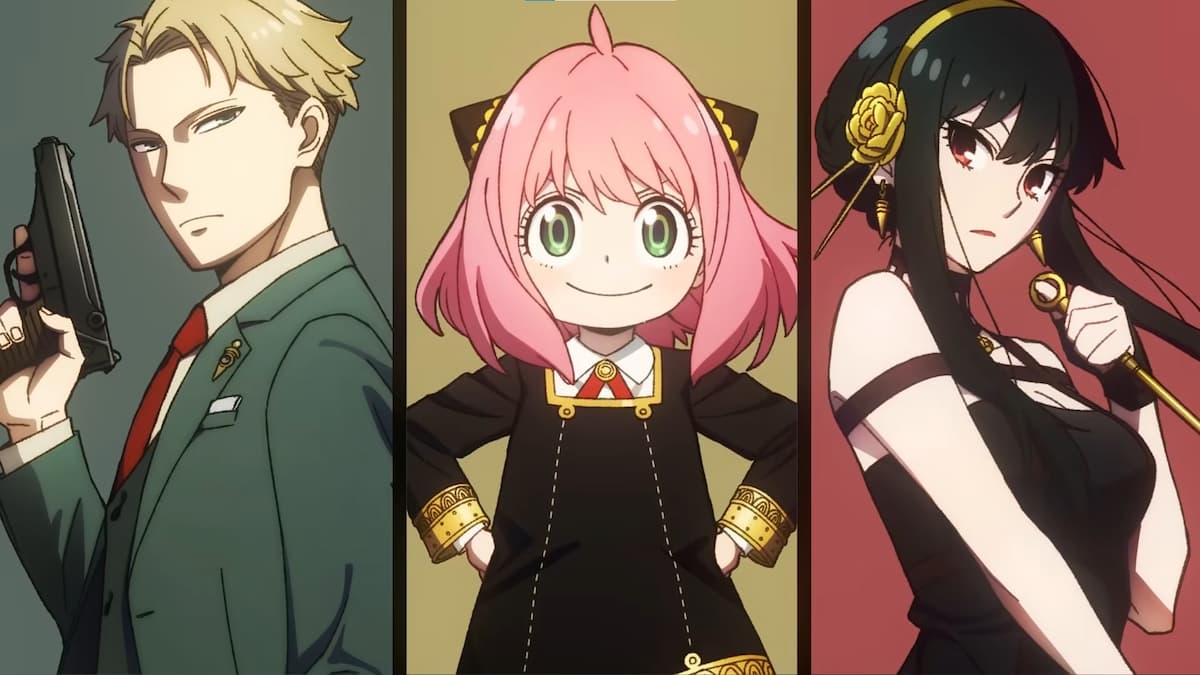 The spring anime season has begun, with a few shows just starting out in the past few weeks. If you’re unsure of which ones to give most of your attention to, we’ve got a list of the brand-new ones that look like they’re most deserving of your time, excluding big names that got sequel seasons like Rising of the Shield Hero, Kaguya Sama, and Komi Can’t Communicate. Here are some of the best new spring anime of 2022 so far.

Spy x Family is probably the biggest name this season when it comes to brand-new anime, thanks to the manga’s popularity and its interesting premise. The fact that it’s a joint effort between the well-known Wit Studio and CloverWorks only fuels the hype even further.

The show focuses on a spy, an assassin, and a telepath who come together to create a makeshift family for their own individual reasons. The father, codenamed Twilight, is a spy who assumes the name Loid Forger in order to start a fake family and get close to a powerful man to stop an international incident.

The mother, Yor, is an assassin who is using the family setting as a cover to hide her violent job. And finally, the daughter, Anya, is a telepath who just wants to have real parents after bouncing from family to family as an orphan.

Anya knows both parents’ secrets and manages to bring the family unit together in wholesome ways. It’s unexpectedly wholesome seeing these three learn to be a real family, despite their situations.

Summer Time Rendering (or Summertime Render) is another one of the best new spring anime so far this year, thanks to its mystery hook that’ll grab you from episode one. It’s a supernatural small-town murder mystery, to be precise.

Shinpei Ajiro lived with Mio and Ushio Kofune after the death of his parents but then moves to Tokyo to find a life for himself. Shinpei eventually returns home after Ushio drowns saving a girl named Shiori Kobayakawa. Though, upon his return, it looks like the death was no accident, and Shinpei has a vision of Ushio telling him to “save Mio.”

Unfortunately, it’ll be tough to actually watch Summer Time Rendering since it’s only out on Dinsey+ in certain regions at this time — but anime fans will always find a way, regardless. Also, if you’re enjoying the beginning of the show, it’ll interest you to know that the manga is currently finished at 139 chapters, so you can read the entire story right now if waiting is getting difficult.

Tomodachi Game is a battle royale-style anime with characters competing against one another to find out which one of them is a traitor. It’ll likely remind you a bit of Squid Game, as a more recent popular example.

Yuuichi Katagiri has been financially unstable his entire life, and when he finally manages to save up a good amount of money to join his friends on a trip, it all goes missing after two of his friends, Shiho Sawaragi and Makoto Shibe, are given access to it. Just days later, Yuuichi and several other friends are knocked unconscious and taken away after being told to meet at specific spots.

Suddenly, a third party tells the group of friends that one of them caused this to happen in order to settle a debt. Now, they must all play a number of “friendship games” that test their bonds as they all attempt to figure out who the traitor is. Tomodachi Game isn’t nearly as bloody as other stories in the genre, but it still has those psychological thriller aspects all the same.

The isekai genre has seemingly been filling up faster than any other over the past few years, but there are always a few anime that put a spin on the usual formula. Ya Boy Kongming! is one of those unique shows.

It’s actually a reverse isekai, with the main character and General of the Three Kingdoms, Kongming, being sent hundreds of years into the future. On his deathbed, his final wish is to be reborn in a peaceful time, so he’s transported to modern-day Tokyo.

Of course, it’s only natural that a bit of hilarity ensues when Kongming meets a singer named Eiko Tsukimi in a nightclub. What follows is a strangely endearing, yet funny, story of how Kongming’s prowess as a general allows him to aid Eiko in her dream of performing at one of the biggest music festivals in the world.

Ao Ashi is another sports anime for those who are craving a new one to latch onto with the likes of Haikyuu!!, Free!, and Run With the Wind, being either finished or between seasons.

Ao Ashi follows Ashito Aoi, a small-town boy who’s looking to redeem himself and improve his skills in a high school with a good soccer program after making a critical error that causes his middle school team to lose their place in a big tournament. Luckily, he’s given the chance to prove himself once more in the prestigious Tokyo Esperion FC even though he has much to learn about the sport. It’s another underdog story that’s just hard to dislike.

If you’re looking for even more soccer anime action with a more serious tone and higher stakes, Blue Lock is another highly-praised sports manga that’s getting an adaptation later this year. Keep an eye out for it if Ao Ashi has you in that mood.

These are our picks for the best anime of spring 2022 so far, but we’ll be updating this list as the shows finish and give us more to see. With that said, we may have missed a few that you think deserve to be watched, too, so be sure to let us know what your picks are in the comment section below.