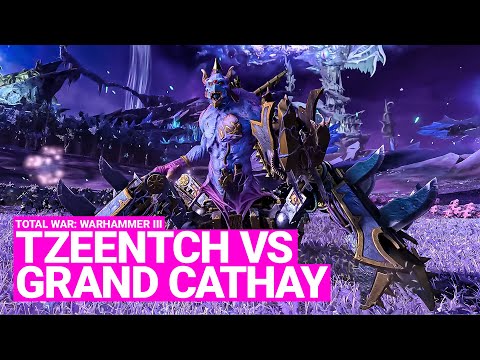 After taking an extensive look at the Ogre Kingdom faction, which will be distributed as an early adopter bonus with the game, we go back to the Tzeentch and Grand Cathay faction, pitched against each other in battle within the Lord of Change’s own chaotic domain.

If you’re unfamiliar with Total War: Warhammer III, which is coming for PC (including Game Pass) on Feb. 17, 2022, you can also read our hands-on preview.

If you want to see more, you can watch another trailer, a video on siege mechanics, the previous trailer, the one that came before, another, plenty of gameplay, and the original announcement.

Here’s how the publisher officially describes the game: