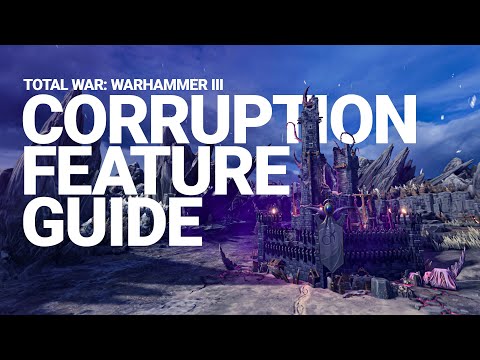 This time around the trailer focuses on the corruption mechanic and how it has been revamped for the third part of the game.

Every chaos god will have their own corruption, plus a different one for chaos undivided, providing benefits for their followers and maluses for everyone else.

If you’re unfamiliar with Total War: Warhammer III, which is coming for PC (including Game Pass) on Feb. 17, 2022.

If you want to see more, you can watch a video showing the Daemon Prince campaign, the reveal of Kislev’s campaign gameplay, the introduction of the Daemons of Chaos and the Daemon Prince, a video showing the campaign, a trailer focusing on Slaanesh, another gameplay trailer showing a battle between Slaanesh and Nurgle, another featuring the Ogre kingdoms vs. Khorne, one focusing on battle improvements, one showing more battle gameplay, and a video on siege mechanics.