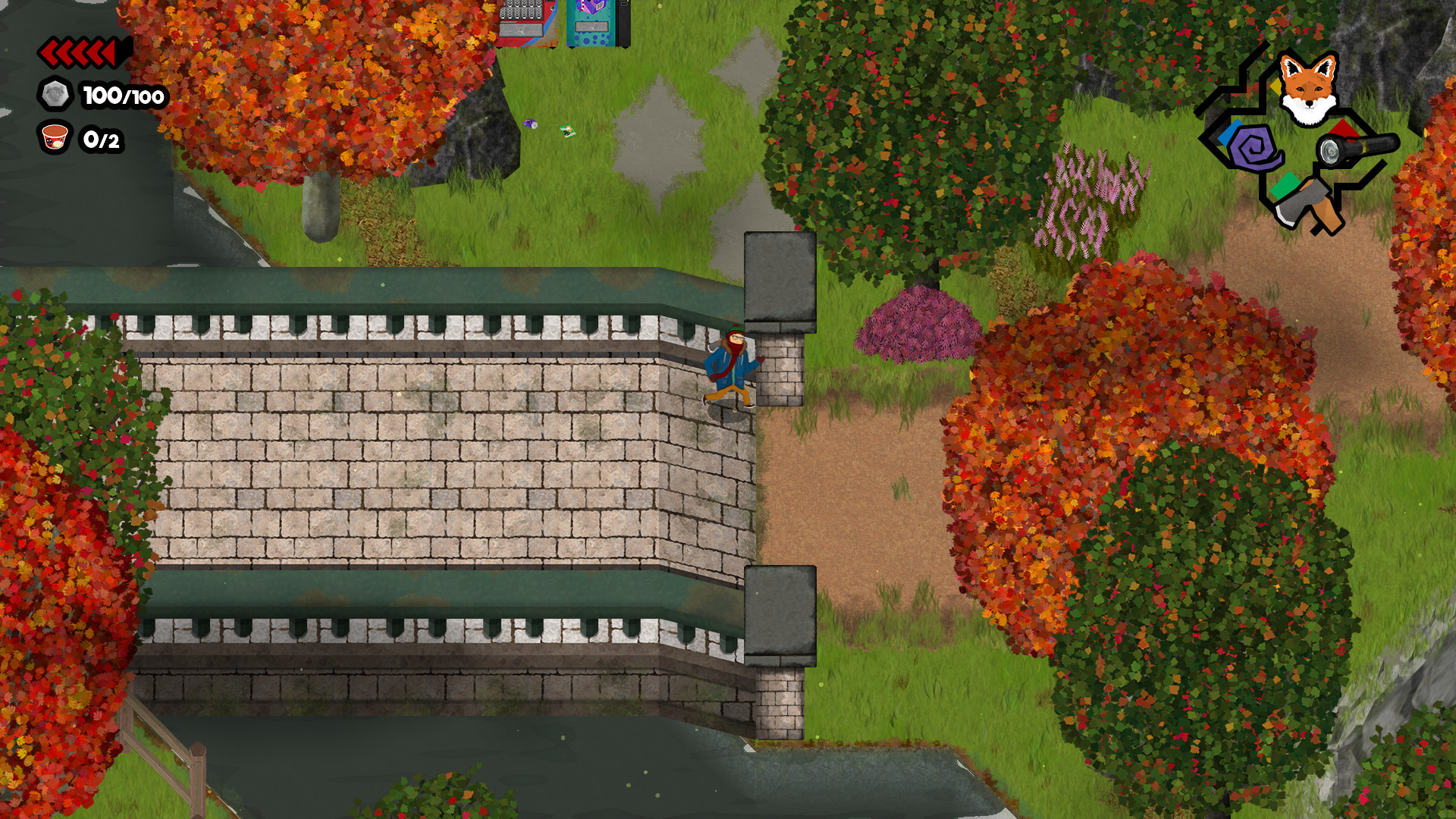 Hello everyone! I’m Martin, the developer of the brand-new indie action RPG Park Story. I’m very excited (and a bit nervous!) to share that the game is now available on Xbox One and Xbox Series X|S. It’s also available on Windows.

Park Story is inspired by action RPG classics but tells a new, modern and strange story about Parker. One night, Parker crashes their car into the park and is left trapped. After chatting to a stray cat, Domino, they realize they have forgotten everything about their life before the crash.

That sets off our adventure, with Parker desperate to find a way back to a life they start to remember. But they aren’t alone. The demon raven Caim has taken control of the park and isn’t too welcoming to its new visitor. Along with his six Generals, Caim sets out to stop Parker from escaping or helping the animals and ghosts left behind.

I started work on Park Story almost five years ago. I’d gone down an internet rabbit hole looking up the scale of famous videogame worlds versus real places. I ended up comparing a few to some local country parks (a big Scottish park, usually with a few family attractions like a zoo or museum) and that spawned the idea. An action RPG with a big overworld, set inside a Scottish country park. That’s Park Story.

It was supposed to be a six-month project but it turns out making videogames is pretty hard. Who knew!?

The last five years have seen me build this whole wee world for Parker and players to explore, which is really exciting. The overworld has fifteen distinct areas, each with their own theming and packed with hidden secrets. You’ll uncover caves with ability upgrades and alternate paths around the park that lead to special battle challenges.

I like to say that each of the game’s dungeons is handcrafted. There’s nothing procedural in the game. Instead, every dungeon has its own distinct puzzles wrapped around its theme. A dungeon wouldn’t be complete without a final boss though. That’s where Caim’s Generals come in. These six maybe-humans have been sent to destroy Parker. Each brings their own challenge.

The story is a big part of what makes up Park Story. Parker has their own troubles, but the park’s animals will push them to overcome Caim, banish evil and return order. Caim too, has his own plan that extends beyond the park’s walls. Demons don’t take kindly to puny humans that try to interfere and Parker will find that out.

The push and pull of Parker’s old life, the park’s animals, and the danger of Caim, never stops. It’ll leave you with a big decision to make at the end of the game – if you survive!

It’s been a long journey to get to the point of releasing Park Story. I need to say a big thanks to the friends, family and others who have contributed to making it a reality. I also need to say thanks to the team at ID@Xbox for supporting a very-very-very indie developer to bring his game to Xbox.

Park Story is available to buy now. If you’d like to join the adventure, or see some more gameplay footage, visit the game’s store page. The park is a big place and I hope the story it has to tell will resonate with a lot of people.

See you in the park. 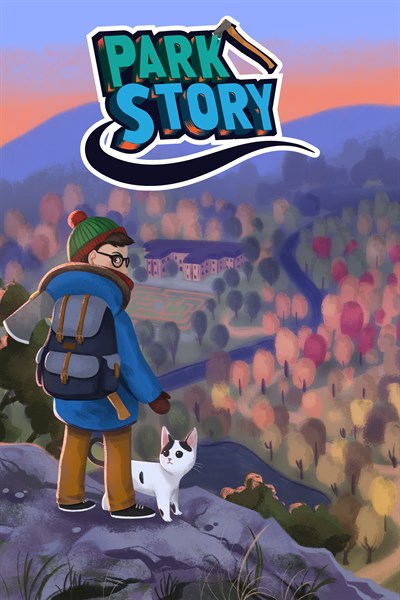 CRASH INTO A NEW ACTION RPG ADVENTURE
One rainy night, tyres screech and a car crashes into an abandoned park. Parker crawls from the wreckage to find themselves trapped in a forgotten place twisting in the grip of the demon raven Caim. The enemy may be a Great President of Hell, but Parker is going to discover they have demons of their own.

MEET THE ANIMALS AND GHOSTS LEFT BEHIND
There’s no way out unless Parker follows the lead of the Lairds — the park’s animal parliament. Parker will need to decide if wildlife who wear waistcoats can be trusted. It’s not the only quest. Ghosts roam the park with their own unfinished business and only Parker can help.

UNRAVEL HANDCRAFTED PUZZLE DUNGEONS
Venture into unique dungeons each with their own distinct puzzles to solve. Unlock new tools and abilities, unpick interconnected rooms, and learn the history of Parker’s hometown to get closer to freedom. Absolutely nothing procedural, just like classic action RPGs.

TRANSFORM INTO THE ANIMALS OF THE PARK
Parker will need more than two legs to overcome Caim. Take on the forms of the Lairds — a squirrel, a fox, a duck and a pigeon. Use their natural gifts to crawl, dig, swim and fly to the road home.

BATTLE THE DEMON RAVEN CAIM AND HIS GENERALS
Caim hasn’t come alone. His Generals lurk within the dungeons. Twisted versions of their former selves, they opened the gateway for Caim. They’ll do whatever it takes to make sure that others suffer the consequences.