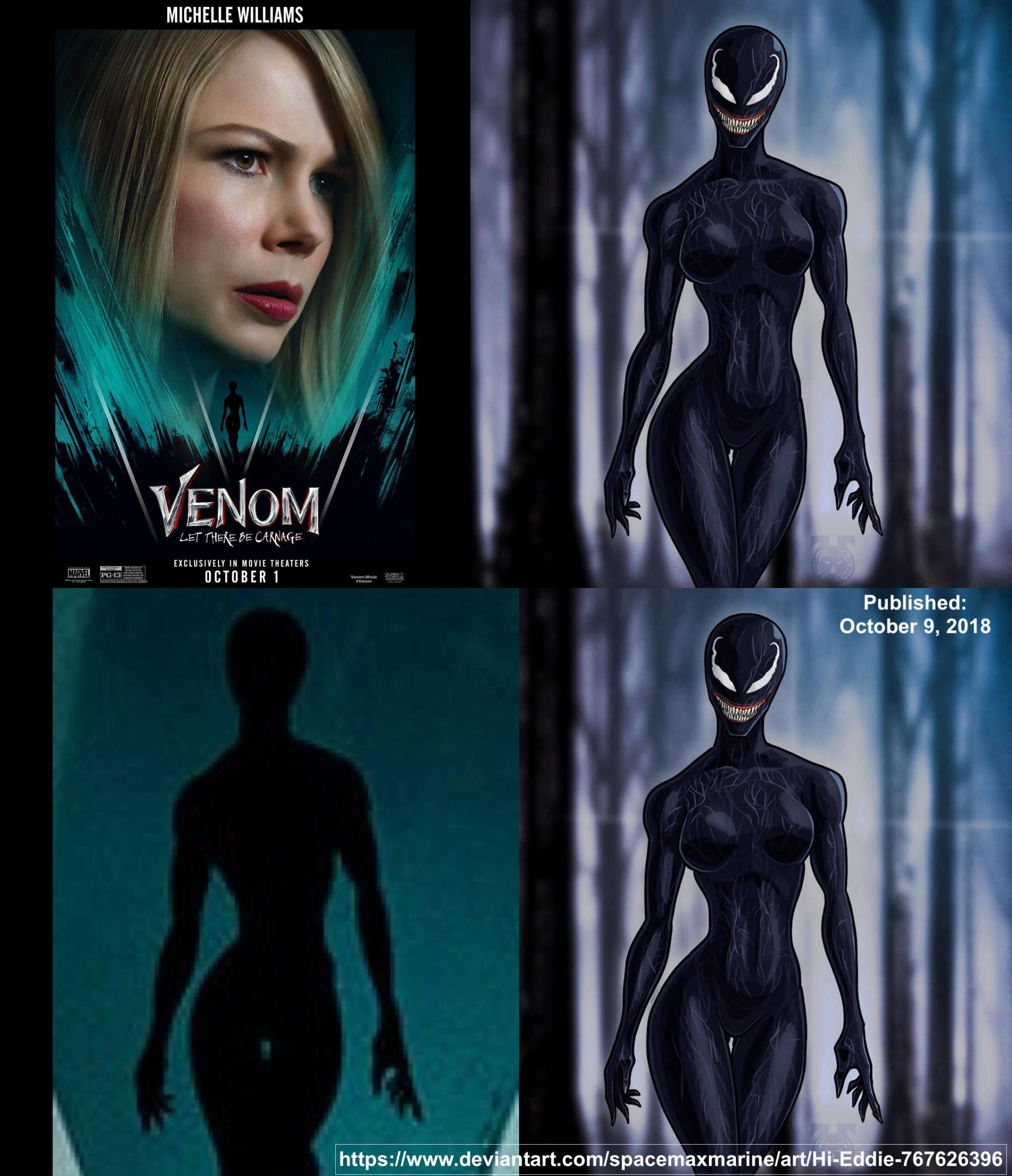 Venom: Let There Be Carnage is due in theatres next month, and the marketing over at Sony Pictures has been busy promoting the new film. Recently, the upcoming sequel released several character posters, including ones featuring stars Tom Hardy and Michelle Williams. However, GameRant has received an exclusive tip claiming that an original piece of fan art may have been used to create one of these posters.

Venom: Let There Be Carnage is the sequel to Sony‘s 2018 film Venom. Based on the Marvel Comics Spider-Man villain of the same name, the film starred Hardy as Eddie Brock, an ambitious investigative reporter who becomes merged with an alien symbiote called Venom. The film wasn’t exactly a critical darling and was mocked by many fans, but it has also developed a kind of ironic appreciation for its ridiculous plot and Hardy’s hilarious performance. The film also starred Williams as Eddie’s love interest Anne Weying. Williams is set to reprise her role in the upcoming sequel, and as a result, she is one of several stars to receive her own character poster.

If you look closely at her poster, you can see an outline of a character known to some as “She-Venom.” This is the alter ego of Williams’ character when she merges with the alien symbiote. This happens at a pivotal moment in the first film, and based on this Venom 2 poster, Williams’ character is likely to merge with the symbiote once again in the sequel. However, it appears that this poster used some original fan art for the outline of the character. The fan art is an original piece that was posted to DeviantArt by user spaceMAXmarine back in 2018.

While it’s not surprising that Venom: Let There Be Carnage would want to use this iconic image for their poster, the original artist deserves some credit for their work. It’s also notable that when searching “She-Venom” in Google image search, this fan art is one of the first results. At the very least spaceMAXmarine deserves a shout-out for their influential work, or perhaps even some compensation for the use of their art.

You can check out more of spaceMAXmarine’s work on their DeviantArt page, which includes other impressive fan art for characters such as Spider-Gwen and DC Comics’ The Flash. Directed by Andy Serkis, Venom: Let There Be Carnage also stars Woody Harrelson and Naomi Harris.

Venom: Let There Be Carnage premieres in theatres on October 1st, 2021.

MORE: Spider-Man 2: Venom Doesn’t Need to Be a Villain