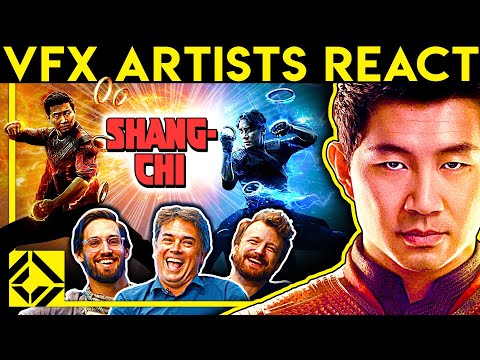 Shang-Chi and the Legend of the Ten Rings brought a new brand of kung fu action that the MCU had never had before. However, that doesn’t mean it’s short on the usual CGI spectacle that’s expected of Marvel films, so there’s plenty to judge in that department too.

Marvel Studios itself has released several inside looks at how creators were able to bring to life some of Shang-Chi‘s most impressive creatures, such as the Great Protector dragon or the lovable Morris. However, in their usual format, the Corridor Crew YouTube channel sat down on the couch with visual effects expert Joe Farell, whose past work includes movies like I, Robot, Captain America: The Winter Soldier, and The Jungle Book.

RELATED: Shang-Chi: What Are the Powers Of The Ten Rings?

Farrell was part of Shang-Chi‘sVFX team, acting as additional effect supervisor in the movie, and in the video, he breaks down some of the most iconic moments in the film, like its epic bus fight scene, paying special compliments to stunt specialists Andy Lee and the late Brad Allan, whose work with Jackie Chan greatly influenced Shang-Chi‘s action. He also details just how many buses it takes to put together a scene, such as that one in front of a blue screen, plus the excruciating one year and a half’s worth of work that’s needed to make the final product look Marvel good.

Nevertheless, the complexity behind Shang-Chi’s bus duel against Razorfist quickly starts to pale in comparison to the movie’s Hong Kong skyscraper sequence, which features Simu Liu fighting off the Ten Rings henchmen. As shown by Farrell, the completely CGI-made bamboo scaffoldings were not the hardest part about it but instead, it was recreating all the reflections from Macau’s skyline in the building’s glass windows.

No matter how impressive all this CGI work might appear, Farrell notes that Shang-Chi still intended to use as much real stuff as possible, namely for most of the set pieces, as even the ones in the film’s climax battle are still reliant on actual physical gear. Although Shang-Chi’s father ultimately meets his fate in that fight, there are still reasons to believe Tony Leung could come back as the Mandarin.

Shang-Chi has been an absolute success for Marvel and Disney, but even more so for Liu, who’s now part of Diablo 2: Resurrected‘s trailer, something the actor must have definitely enjoyed considering his own passion for gaming on Xbox.

Shang-Chi and the Legend of the Ten Rings will be available on Disney Plus starting November 12, 2021.