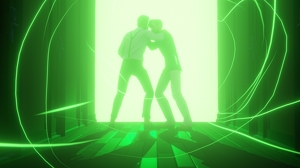 Last Stop, the supernatural "anthology drama" from Virginia developer Variable State, finally has a release date, and will be making its way to Xbox, PlayStation, Switch, and PC on 22nd July.

Last Stop is described as a game about "secret lives, the ties that bind, and how magic can be found in the mundane", and follows the interweaving, supernaturally tinged tales of three separate characters in modern day London.

There's Donna, a "spaced-out high-schooler who feels trapped by her stifling home life"; John, an "overworked middle-aged single dad" who's "burdened with debt and the pressures of being an only parent"; plus Meera, a "ruthlessly ambitious professional who struggles to find the same satisfaction with her family that she does in the thrill of her work."

Elden Ring is coming in January