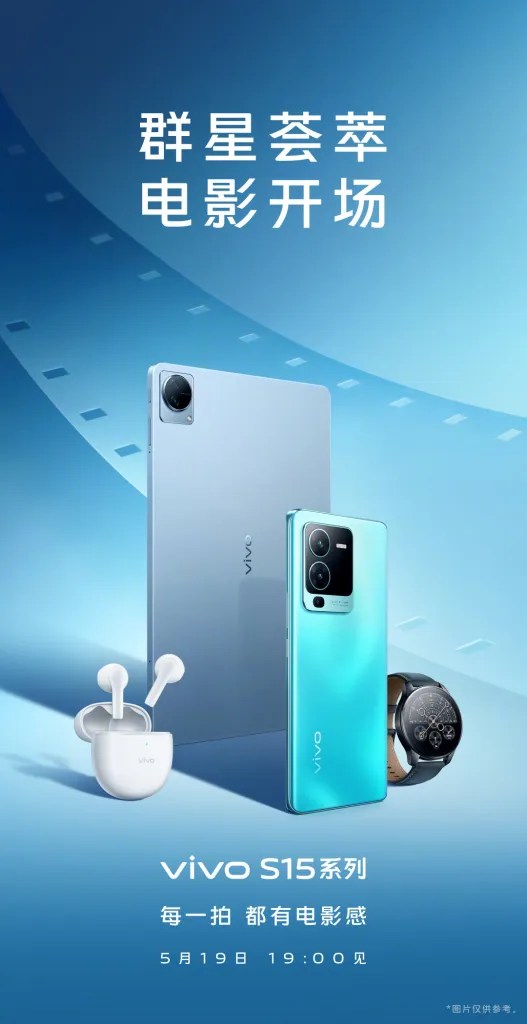 After sharing camera samples of the S15 Series, Vivo finally unveiled Vivo S15 Series’ release date and appearance. Vivo said that the new generation Vivo S15 Series and Vivo TWS Air will release on May 19 at 7:00 PM in China.

It is worth noting that the Vivo S15 series competitor OPPO Reno8 series will also be released this month, the two offline gods will have to confront each other again.