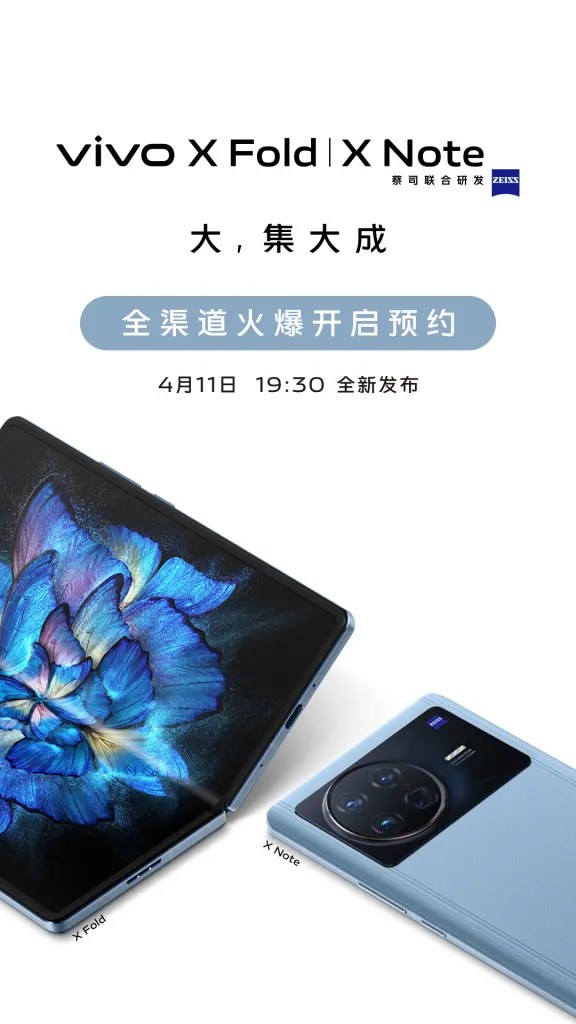 For cell phone screens, cell phone manufacturers seem to reach a consensus, basically 6.5-6.7 inches or so, very few small screens or large screen flagship. The reason is that the current screen cost is very high, if you want a large or small screen, you need to customize the product line separately so that the cost of the screen then rose.

Recently, Vivo Mobile officially announced that its X Note, as promised, will be unveiled on April 11 along with the X Fold. As the name suggests, the X Note focuses on the large screen flagship, according to the official poster released, the new machine front for the center of the perforated screen, double curved form, the back design language, and X Fold consistent.

At the same time, the side of the body has a toggle switch, which is expected to be responsible for a key switch mute or ring, and the OnePlus, iPhone toggle switch is similar. In addition, the camera has a Zeiss tuning, and four rear cameras, including a square periscope telephoto lens. Vivo’s official account continues to warm up today for the new machine, and today brings news of the CPU. Vivo posted a message saying:

In addition to the Vivo X Note, another flagship new Vivo X Fold folding screen phone will also be equipped with this chip, it can be done in the software side of the Snapdragon 8 Gen1 SPU for the first deep excavation and adaptation, to avoid malicious applications to crack the user password, in online shopping, office, entertainment, and other applications to cover the full range of data security for business users.