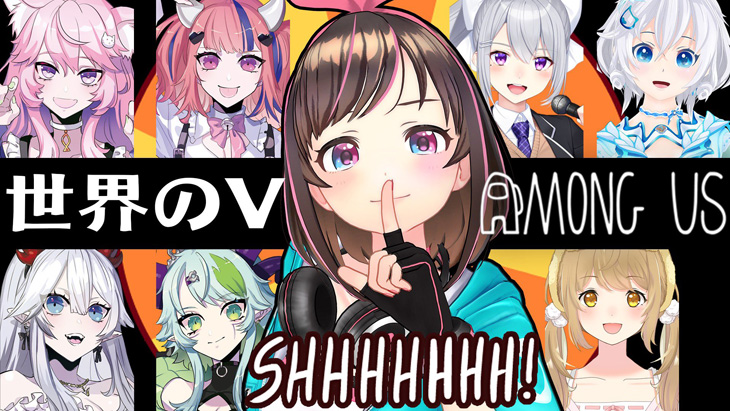 The English-speaking VTuber group VShojo has announced an upcoming collaboration with VTuber idol Kizuna Ai and other Japanese VTubers.

The collaboration was announced on the official VShojo Twitter account and will feature the streamers playing the social deduction game Among Us on April 13th, 6pm PT/9pm ET.

The upcoming Among Us collab will feature Japanese VTubers Kizuna Ai, Cyber-girl Siro, Higuchi Kaede, and Inaba Haneru. From VShojo there will be Nyanners, Froot, Ironmouse, and VShojo newcomer Veibae who was added to the group’s roster earlier this month.

What’s interesting to note in the collaboration is the presence of multiple VTuber groups such as Nijisanji, VShojo, and 774 inc all working together. While Cover Corp’s Hololive might be the largest VTubing group, they’re not the only ones in Japan.

VShojo’s largest claim to fame was the inclusion of the virtual streamer Projekt Melody who was able to bounce back from a controversy surrounding in which her Twitch Partner status was temporarily revoked. However the situation was a result of an allegedly erroneous DMCA claim by the modeler of Projekt Melody and has since returned to Twitch.