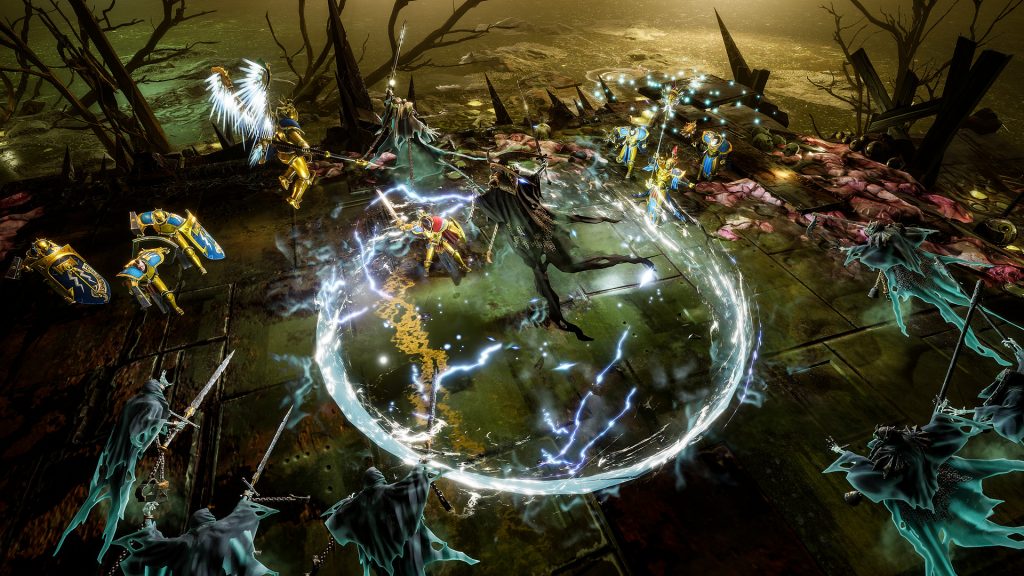 Storm Ground is one of the first video games set in the Age of Sigmar, the current incarnation of Warhammer Fantasy following the cataclysmic End Times event. Players will control customizable forces of Stormcast Eternals, Nighthaunt, or Maggotkin of Nurgle in the war across the Mortal Realms. In addition to a campaign and single player skirmishes, Storm Ground will also feature competitive online multiplayer.

You can find the behind the scenes trailer below.

Become the commander of one of the extraordinary factions of Warhammer Age of Sigmar – a dark-fantasy universe where immortal knights ride heavenly stardrakes to eradicate Death across a multitude of realms. This is Storm Ground, a world of legends, heroes, hellish creatures and fearsome battles.

Explore all the routes in Storm Ground’s non-linear campaign. During each new playthrough, overcome new odds to find unique units and gears. Build your legendary army and defy other players in epic online duels.

Warhammer Age of Sigmar: Storm Ground launches May 27th for Windows PC (via Steam), PlayStation 4, and Xbox One.