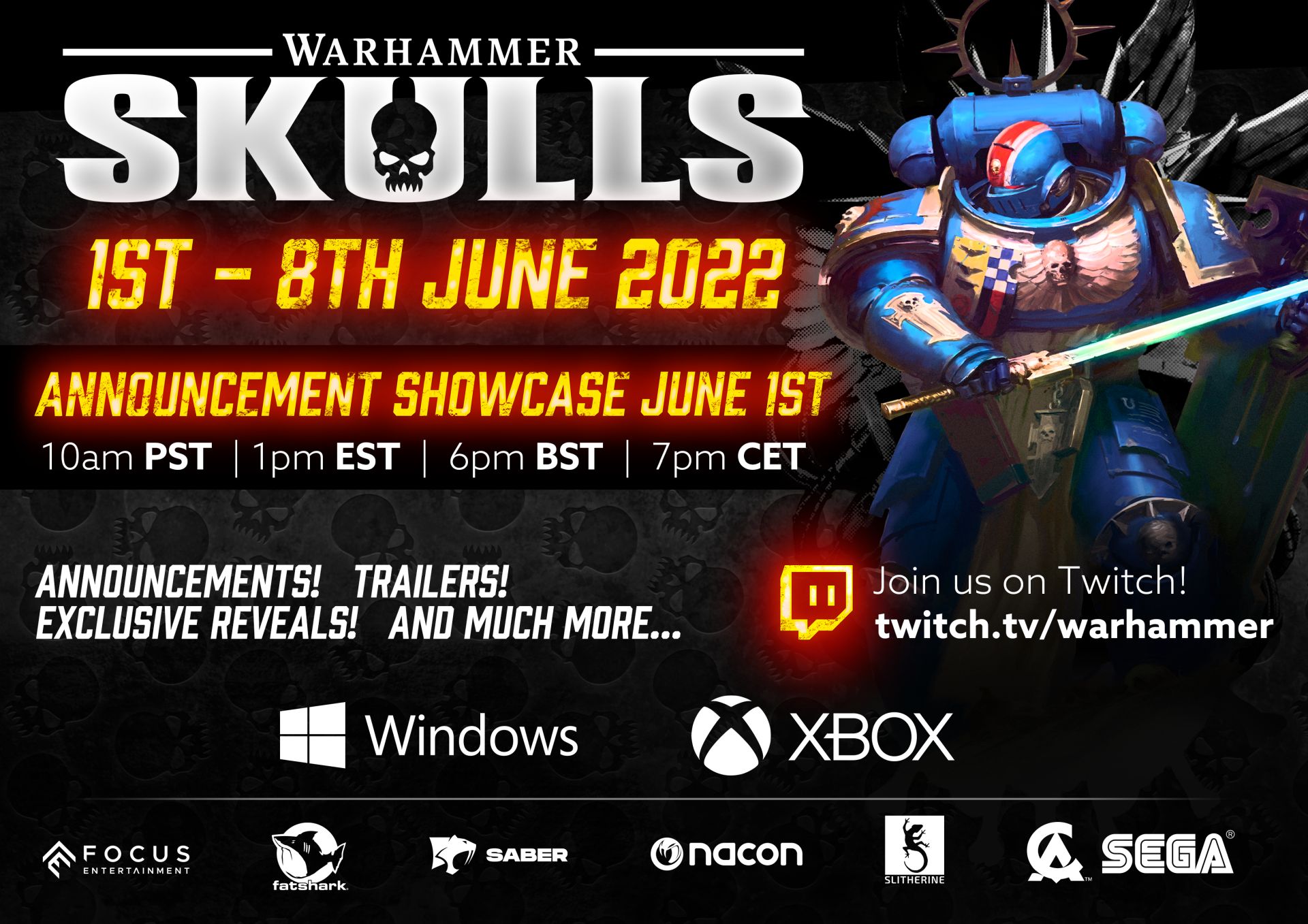 Announcing Warhammer Skulls, the annual festival of all things Warhammer video gaming, is returning Wednesday, June 1 and running for 7 days!

As well as the Warhammer Skulls Showcase, the festival will also provide new content and updates to fan favourite games and will feature weeklong discounts and promotions on Warhammer video games across Xbox and Windows online stores.

Skulls will be happening on Xbox in a big way. Along with new content for Vermintide 2 and Battlesector with the brand new Necrons faction DLC, there’ll be news on Warhammer 40,000: Darktide too which is coming day one with Xbox Game Pass, PC Game Pass, and Cloud Gaming. There’s also going to be a weekend-long Free Play Days takeover celebration – with Mechanicus, Vermintide 2, and Chaosbane all available to try for free over the weekend for Xbox Live Gold and Xbox Game Pass Ultimate members.

Like Xbox, Windows Store is also massively into Skulls with great discounts and new releases, including Warhammer 40,000: Lost Crusade launching and new content and updates to games such as Warhammer: Chaos and Conquest, Horus Heresy: Legions and Warhammer Combat Cards. You can find it all on the dedicated Warhammer Skulls page on Windows Store come June 1.

Now in its 6th year it is the ultimate festival of Warhammer video games. Be sure to join us on the Xbox Twitch channel and Xbox YouTube, and right back here on Xbox Wire for all the news, excitement and reveals on Wednesday, June 1 at 10 a.m. PDT / 6 p.m. BST.