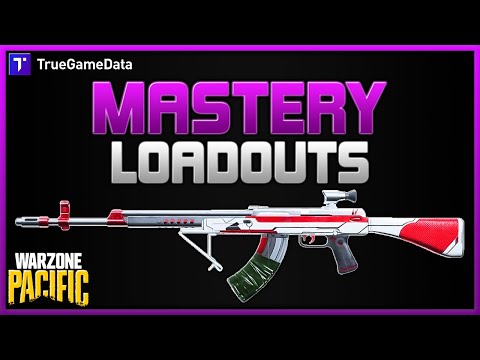 Warzone gun expert ‘TrueGameData’ broke down all of the Vanguard weapons in the battle royale and revealed that the AS44 has the most efficient TTK based on its level of difficulty, damage, and recoil.

Pacific Season 2 has arguably been one of the best meta-wise. Nerfs to the MP-40 and Bren has opened up the arsenal of weapons that Warzone has to offer, with many different combinations making appearances.

Even though we are well into the season, players are still torn between a handful of guns to determine which one truly runs Caldera right now.

TrueGameData has taken matters into his own hands as he claimed in a YouTube video that the AS44 is actually the best gun in Warzone and has a great TTK.

In his video, TGD shows a spreadsheet with 14 different loadout combinations. He explained that he has ranked these guns with four different elements in mind: How difficult they are to use, bullet velocity, recoil control, and of course TTK.

His top ranking gun is the AS44, with a handful of Bren combinations following. But focusing on the AS44, TrueGameData reveals that at medium to long-range, the gun has the lowest drop off when it comes to damage. A huge factor that pushes this weapon over is the ADS speed of a gun, which the AS44 “has much, much, much faster ADS time than the Bren.”

The Bren only takes over for about 10 meters, but if you keep in mind the ADS time of the gun, then the AS44 is easily the better option. If you’re looking for TGD’s build, don’t worry, we have that too.

Here is the loadout that TGD uses on his AS44.

In this build, TGD says that he did “tons of research” to create the perfect build for this weapon. Instead of focusing on early recoil control on the weapon, he went for sustained firing control.

Since he is using the .30 Russian Short 60 Round Mags, he is able to allow the first 5-7 shots to go a little crazy and reground for the last 50.

The Bren has dominated Warzone for well over two months but TGD said, “It’s kind of a special gun and really the only thing I think that can compete with the Bren in a real sense.”

The post Warzone analyst TrueGameData shows why AS44 has the most efficient TTK appeared first on Dexerto.