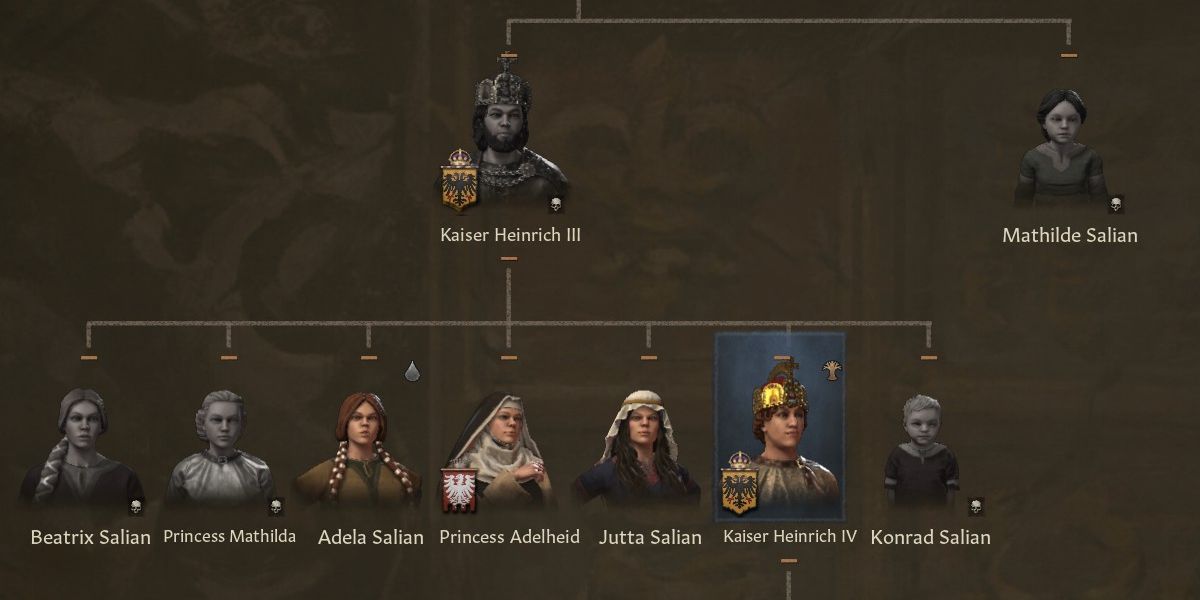 Grand strategy games seem extremely intimidating to get into at first glance. However, it’s only after players manage to wrap their heads around the multitude of systems that are in play that these games become extremely addictive. However, this high barrier of entry proved to be a massive challenge when it came to enjoying the genre – something that was finally fixed with the advent of Crusader Kings 3.

Related: Religions And Cultures From Crusader Kings 3 That Are Gone In 2021

The game featured numerous helpful hints and reminders that helped newcomers get into this title with the greatest of ease. The great, if somewhat cluttered, UI coupled with some enjoyable gameplay moments has helped Crusader Kings 3 establish itself as one of the greatest grand strategy games of all time.

There are various stats that you need to maintain in this game, with renown being especially hard to maximize. Here are ways in which you can increase renown quickly in Crusader Kings 3.

Have A Ton Of Kids

It’s only logical that large kingdoms are full to the brim with children that comprise the members of the royal family. So, it’s only a given that you should also have as many offspring as possible.

This opens up the doors for the dynasty’s members to branch out and establish a name in different territories. Such an act will ensure a greater level of Renown for your dynasty further down the line.

Get Better Titles For You And Your Offspring

The titles held by a family determine just how much renown they’ll gain. After all, it’s obvious that a baron is not going to be talked about as much as a king or an emperor.

This makes it important to get better titles for your player character and the other members of his family. As long as the titles held by the family are of high esteem, it’s only a given that the dynasty’s renown will also increase massively over time.

Marry Someone Who Rules A Large Kingdom Too

Most people aren’t aware of the fact that their choice of spouse also determines how much renown the dynasty will generate over time. This only makes sense – after all, the daughter of a king would be talked about way more than a commoner

Marriages accomplish a number of functions, with alliances also being governed by these commitments. You should ideally take into account all the benefits of marriage – including renown gain – before selecting a fitting spouse.

Ensure That Your Offspring Are NOT In Your Realm

As you play through Crusader Kings 3, you’ll quickly realize that any offspring aren’t really generating a ton of renown even after getting amazing titles in your realm. This is mainly due to a clever system that Crusader Kings 3 employs to keep overambitious players in check.

Members of your dynasty will only generate renown if they’re independently ruling a different kingdom or are under the guidance of another ruler. So, you should ensure that family members don’t end up holding high ranks in your realm and make a name for themselves on their own instead.

Marry Off Your Children To Powerful Rulers

Given the ancient times when Crusader Kings 3 took place, it’s only a given that women will have the responsibility of being married off to other dynasties. Of course, players can change the game rules to make it so that women rule over areas instead, while the men get shipped off for marriage.

Regardless of what game you might be playing, keep in mind that marriages can also net a certain level of renown for both you and the other members of your dynasty. So, don’t just find the perfect bride for your player-character – your dynasty members should receive the same treatment as well!

A great way to increase your dynasty’s renown is to expand the territories held by its members. This is where the act of waging war can prove to be instrumental since it essentially serves as the fastest way to take over new territories with ease.

Of course, you can play the long game and use clever marriages and political assassinations to get new realms under your command… but that just takes way too long. It’s better to wage wars, take over realms, give them to members of your dynasty, and declare their independence so that they can increase your renown gain with ease.

Of course, those who might be bored by playing fairly in order to gain renown can simply use cheats instead. After all, Crusader Kings 3 is a video game at the end of the day, and players who want to have fun and explore the game’s system shouldn’t be hindered by any limitations.

Instead of putting hundreds of hours into the game, you can simply use cheats to increase your total renown at a moment’s notice. Simply start up the game in debug mode and type in the command “dynasty_prestige [amount]” to increase overall prestige by as many points as required.

If cheats feel like too much of an immersion breaker, then you can opt for mods that improve renown gain without breaking the entire game instead. There are several mods for Crusader Kings 3 that can increase overall renown gain for players with ease.

Out of these mods, Renown Gain makes for a simple yet enjoyable change to the game’s mechanics. It changes the game’s systems so that members of a family’s dynasty can increase Renown gain without having to be declared as independent rulers.