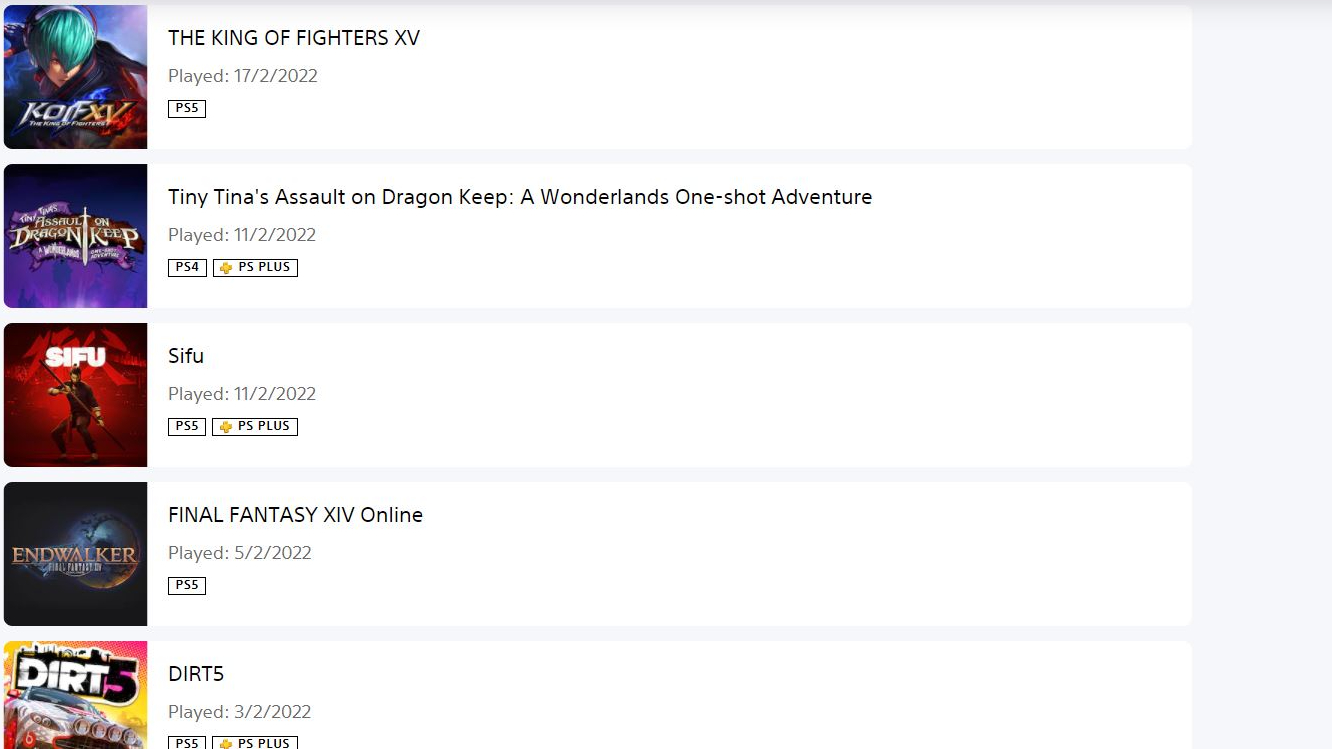 Sifu, the hard-as-nails kung-fu brawler from developer Sloclap, could soon be coming to PlayStation Plus, as evidenced by the Game Library section when signed into a PlayStation account via browser.

If you own Sifu, then, you can sign in to your PlayStation account online, navigate to the Library section and click the ‘Played’ tab. Scroll down until you find Sifu, and you’ll notice that the PS Plus logo is right next to the version (either PS4 or PS5) you have played.

In the following image, you’ll see that Sifu shares that PS Plus icon with other games like Dirt 5 and Tiny Tina’s Assault on Dragon Keep, both of which have also featured in the PlayStation Plus lineup in recent months.

Of course, the PS Plus logo appearing next to Sifu in our online libraries could be a mistake or tied to the fact digital purchases included bonus content like an art book and soundtrack. However, when downloading free PS Plus content for other games, like Apex Legends, nothing appears in the PlayStation Plus section on Sony’s website.

Sifu launched less than two weeks ago, so it does seem a little out of the ordinary for Sony and Sloclap to already be prepping the game for PS Plus, but stranger things have happened. Sloclap might want to give away the PS4 version, for example, and keep the PS5 version on sale.

We usually have to wait a good year or two after a game’s release date for it to show up on a service like PS Plus. Either that or new titles release on PS Plus the day of release, as we saw with Fall Guys: Ultimate Knockout.

Sony likely has its year of PS Plus additions planned out ahead of time, so if Sifu is indeed coming to PS Plus, it could happen anytime throughout the year. Still, we’re curious to see if one of the year’s best PS5 games so far will soon make itself widely available to PS Plus subscribers.

We’ve reached out to Sony and the game’s publisher Microids for comment. Don’t subscribe to PS Plus already? Check out the best deals on Sony’s subscription service below for your area.