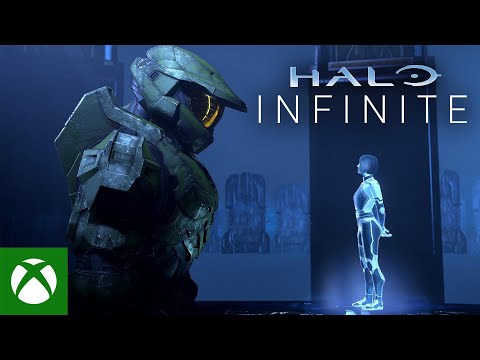 The multiplayer beta for Halo Infinite is already out but what about the main paid-for game and its story campaign?

It’s been a long, rough ride for Halo Infinite. Originally announced in 2018, the game will be the first new mainline Halo title in over six years and the highest profile first party release Microsoft has had in almost as long.

The multiplayer was released as a free download on November 15 and while it’s referred to as a beta it’s essentially the entire online multiplayer mode from the main game, including the ability to carry across your progression if and when you buy the main game.

It’s very unusual for a paid-for game to release its multiplayer mode ahead of its official launch like this, but then Halo Infinite has had a difficult development, with problems caused by both the pandemic and the negative reaction to the first gameplay reveal last August.

When is Halo Infinite single-player campaign coming out?

The official release date of Halo Infinite is Wednesday, December 8 2021. It’ll launch on Xbox One, Xbox Series X/S, and PC and like every first party Xbox game (i.e. every game that Microsoft publish themselves) it’ll be free to play for all Game Pass subscribers.

What’s the cheapest price for Halo Infinite in the UK?

If you’re not a Game Pass subscriber then, unlike the multiplayer, the main game is not free and will cost £54.99. There are deals available though, with The Game Collection currently offering the best price for a physical copy, at £47.95, and CDKeys selling a digital copy for £37.99.

These are pre-order prices though, so bear in mind that they may no longer be available once the game is out.

Does Halo Infinite have co-op?

Halo Infinite was originally supposed to be released last Christmas, alongside the launch of the Xbox Series X/S consoles. Thanks to the aforementioned problems though it was delayed by a full year and even then only made it out by the skin of its teeth, since it’s the last major new release of 2021.

That has led to the game launching with only the essential single-player and multiplayer modes, with many other promised options having to wait till next year.

There’s no specific release date yet but an option to play the campaign in co-op with another player won’t be available until 2022 and neither will the popular Forge mode.

Is there a Halo Infinite collector’s edition in the UK?

The surprising answer to this question is no. There is a SteelBook version available at retailers like Amazon and GAME (who are also offering a T-shirt) but there’s no traditional collector’s edition featuring art cards, statues, and the usual tat high quality collectibles.

There is one available from Wal-Mart in the US, with an energy sword desk lamp, but it’s often sold out and has never been offered anywhere else in the world. If you really want it though they do go for upwards of £175 on eBay.

What there is in the UK though, is a limited edition Xbox Series X console and controller that costs £479.99.

Obviously that’s not quite the same thing though, but there is also a separate Xbox Elite Wireless Controller Series 2 limited edition controller for £179.99.