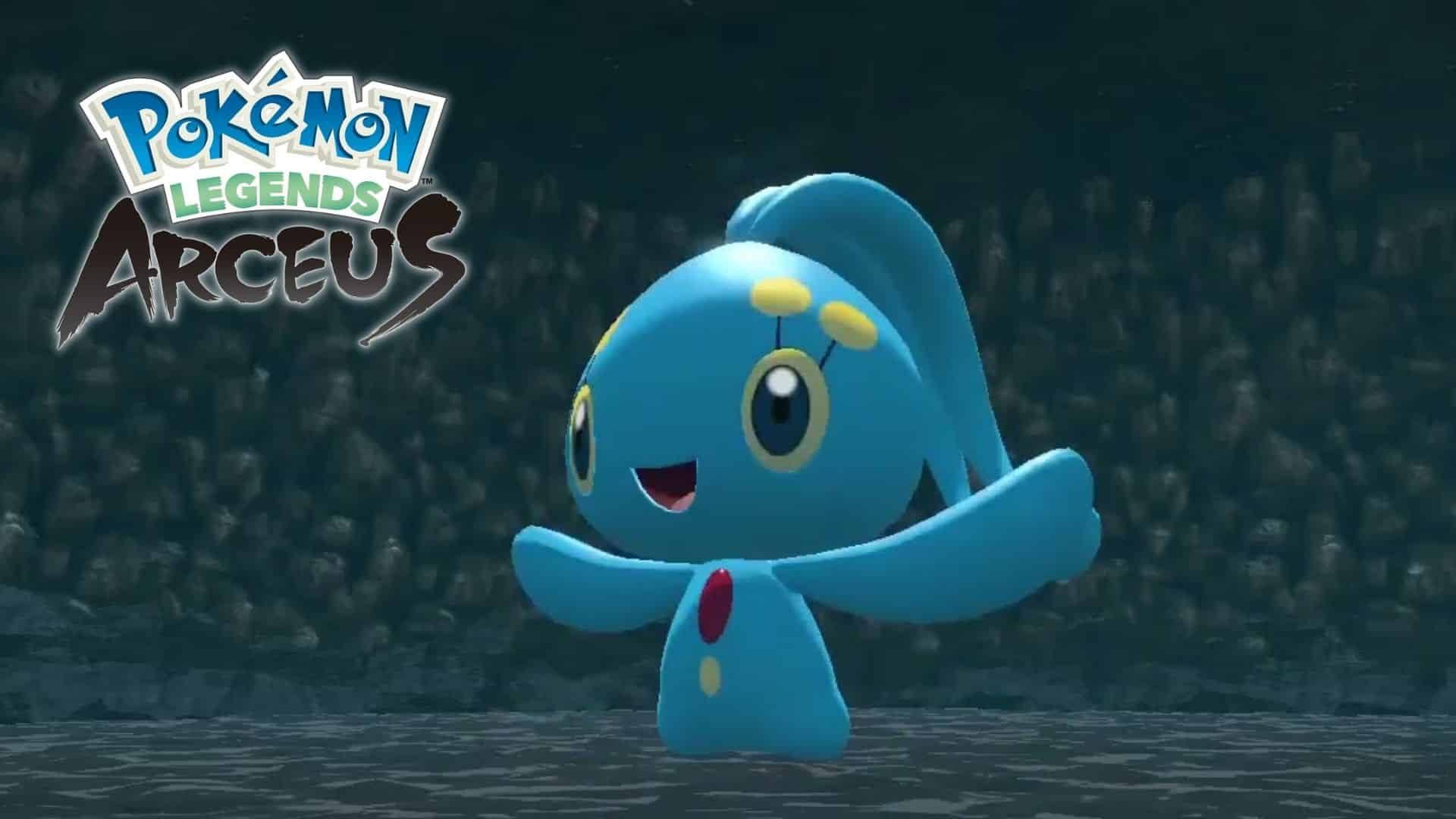 Pokemon Legends Arceus has some great post-game content for players to complete, including some rare Pokemon that cannot be obtained during the regular course of the game. Manaphy and Phione are two fine examples of this, and we’ll show you how to get them.

The new Hisui lands boast a whopping 243 Pokemon for players to capture in Pokemon Legends Arceus, spanning multiple generations. Many are veterans of the series familiar to most, whereas some represent the more recent entries in the franchise.

The majority of Pokemon in Arceus can be found wandering around the lands exploring and racking up their steps for the day. Some are more exclusive and are tied to post-game content and missions.

Phione and Manaphy fall into this category, and there are certain conditions that have to be met to acquire these mythical water Pokemon.

This was such unbelievable foreshadowing from Game Freak.

Where to find Phione & Manaphy

You won’t be able to stumble across either Manaphy or Phione in any of the Hisui sub-areas, instead, they can only be accessed through a Request.

Once you finish the game’s main story, both can be obtained when you’ve taken the mission from the Professor’s blackboard in Galactic HQ — ‘Request 66 – The Sea’s Legend.’

You’ve probably seen these a thousand times but not realized their significance.

How to complete The Sea’s Legend Request in Legends Arceus

There are some very specific steps you’ll need to perform to complete this quest. It isn’t as simple as researching a Pokemon or your typical fetch quest. The Sea’s Legend requires a bit more gusto, but that’s because your reward is slightly more extravagant than usual.

The origin of the mission can be traced back to Pokemon Brilliant Diamond and Shining Pearl as a book in the game’s library contains the following passage of text:

“Once upon a time in the East Sea, there was a Pokémon known as the prince. A brave human asked Pokémon living in the sea to let them see the prince.

Mantyke, Buizel, and a Qwilfish with huge spikes acknowledged the human’s bravery and joined them. Together, they set off in a boat over the sunset-streaked sea, sailing through the ocean gate stretched over the waves. News of this reached the ears of the prince, who went to meet the brave little party at the Seaside Hollow.”

With this information in hand, we can show you the complete instructions to triggering the Pokemon.

Be prepared for this special one-off encounter.

How to catch Phione & Manaphy in Pokemon Legends Arceus

You will have no say in the matter in how to catch them/battle them, the only way to catch them will be during a fight with all four ‘Mon in the cave.

You should save your game so that you can quickly reload in case you happen to defeat anyone unintentionally and want a quick go at capturing both unique Pokemon again.

Here are our best tips for dealing with the fight:

That should be two more Pokemon crossed off your list and put you one step closer to a showdown with Arceus themself!

For even more awesome Pokemon Legends Arceus guides, take a look at these below:

The post Where to find Phione & Manaphy in Pokemon Legends Arceus appeared first on Dexerto.