The mini or classic console market has been an interesting and convenient way for people to enjoy older classic games without the hassle or the expense of tracking down retro consoles. This has brought the mini classic console market from a novel curiosity to a fairly healthy, thriving market that multiple companies have and are finding their own ways into. As with most major trends in the video game space, it was largely started and popularized by Nintendo, and followed up by Sega, Sony, and the rest. The results across all of the different mini consoles have been relatively mixed, though. With Sega delaying their Genesis Mini to improve emulation, Sony putting out a lackluster PlayStation Classic with ROMs from PAL regions, and the C64 mini’s fake keyboard holding the experience back, it’s been a somewhat bumpy ride for some.

On the other hand, Nintendo’s NES and SNES offerings as well as Konami’s PC Engine/Core Grafx/Turbografx-16 Mini largely worked out quite smoothly. But now that the obvious classic consoles have all had their say, and the most popular major consoles of the 80’s and 90’s being represented, fans of classic consoles are now left to speculate what might be next for this niche’ market as it continues to blossom into a relatively popular alternative to the less wallet friendly pursuit of collecting retro hardware.

With the 16-bit powerhouse consoles out of the way, one logical direction for the market to take is to move on to the next generation of 32 and 64-bit systems. Obviously, the PlayStation 1 has already been done, but the Nintendo 64 and the Sega Saturn wouldn’t be bad choices for their respective companies to put out. An N64 Classic, in particular would probably sell quite well despite it not doing spectacularly well when it was originally released, it’s fan base really hasn’t done much but grow ever since. Even younger gamers today who didn’t have an N64 growing up, have found themselves enjoying GoldenEye 64, Banjo Kazooie, Mario 64, and the rest of that system’s robust library.

Nintendo will always have a distinct advantage in this department, as most of their games aren’t really concerned with hyper-realism and cutting-edge production values. Comparing a Mario game from the N64 and a Mario game from the Switch doesn’t really yield a whole lot of fundamental differences, but because all of those games are so well-made and fun to play it doesn’t matter. So to put out an N64 classic with 20 to 30 of the most popular games on the system is a no-brainer for Nintendo and the longer they wait to do it the more money they just seem to be leaving on the table.

That said, the mid-to-late ’90s were not totally owned by Nintendo and Sony. This was long before Sega had decided to bow out of the console market and become strictly a publisher. The Sega Saturn, while underwhelming compared to its competition in a lot of ways, was a fantastic console in its own right. Games like Panzer Dragoon, Sega Rally, Virtua Cop, Nights Into Dreams, and a handful of excellent fighting games, both 2D and 3D, could quickly fill up a Saturn Mini with games worth playing and preserving in a format like this. If they could get the Saturn essentials and throw in a few third party titles like Gex and Duke Nukem, then it would be all the more appealing. Drawing in those who might have sold or lost their Saturn collections over the last few years as well as newcomers who might’ve missed the system for whatever reason but still find themselves drawn to the charm of that era of video games.

Perhaps the Saturn is a bit too niche though. I would personally love to see a Saturn Mini, but I wouldn’t be surprised if Sega’s internal market research data revealed a lack of an appetite for that in the grand scheme of things. Thankfully for them they did have a system that seems to be looked back on with more of a solid positive consensus- the Sega Dreamcast. Whether they do a Saturn or not I think a Sega Dreamcast Mini is about as much as a no-brainer as the N64 is for Nintendo. Games like Crazy Taxi, Sonic Adventure, Skies of Arcadia, and Shenmue would certainly pull in lots of gamers from all persuasions. The Dreamcast was nothing if not a system that understood the value of variety.

While it probably did lean a little too much on the arcade type games for that era, nowadays, there is more of an appetite for games like that from gamers that are now in their thirties and forties and don’t really have time for a 40-hour campaign with multiple endings and expansions. A well-supported Sega Dreamcast Mini with a solid representation of that systems library, would absolutely sell gangbusters if marketed and priced correctly. This would also be a good opportunity for one of these mini systems to utilize Wi-fi, as the Dreamcast did support certain networking features, but here they could use it for firmware updates, add new games, or even create lobbies for games like Soul Calibur and Ready 2 Rumble Boxing to add a little longevity to the package.

Once the Dreamcast is taken care of, we could then move into an entirely different era of games, that also has a massive fan base who would certainly be reachable with a modern, convenient, and officially licensed way to play many of the classics associated with it in the PlayStation 2, GameCube, and the original Xbox. The case for an Xbox Mini is probably a little tougher to make as every modern Xbox system beyond the original has featured some sort of backwards compatibility to run many of those older games. There could still be room for an Xbox Mini if it’s done exactly right, but you could also say that the risk of cannibalizing its own audience could easily lead to a disappointing launch and might not be worth it over all. However, the GameCube doesn’t really have that situation. 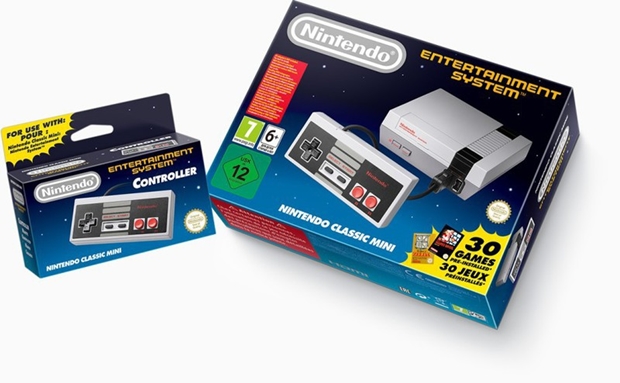 With backwards compatibility for the GameCube ending with the Wii, that’s a solid decade without these companies releasing an official way to play these older games outside of targeted re-releases. That said, GameCube games and PS2 games are not particularly hard to find these days, and those original systems aren’t either, so the appeal of a mini version of those systems would need to be heightened by an excellent library and top-notch emulation. Surely this is within the realm of possibilities for these companies to pull off, so it really just comes down to whether or not there’s an appetite for that sort of thing in the market right now. Sony and Nintendo are likely and wisely hanging back and waiting to see what the demand for this sort of thing over the next few years ends up looking like.

No matter what we see come out of the mini/classic market next, it’s undeniable that this Marketplace still has a lot of potential yet to be tapped. Whether we’re talking about obscure systems like the Panasonic 3DO or extremely popular ones like the PlayStation 2, there do appear to be legitimate paths for officially licensed emulation boxes to be released on their behalf. Those paths do seem to be fairly narrow and they don’t leave a lot of room for error, but the market has clearly demonstrated that the demand does exist and it can be done in a way that’s profitable for the companies that own those intellectual properties and a fun endeavor for those of us who are always on the lookout for new, fun ways to play and preserve classics from the past.