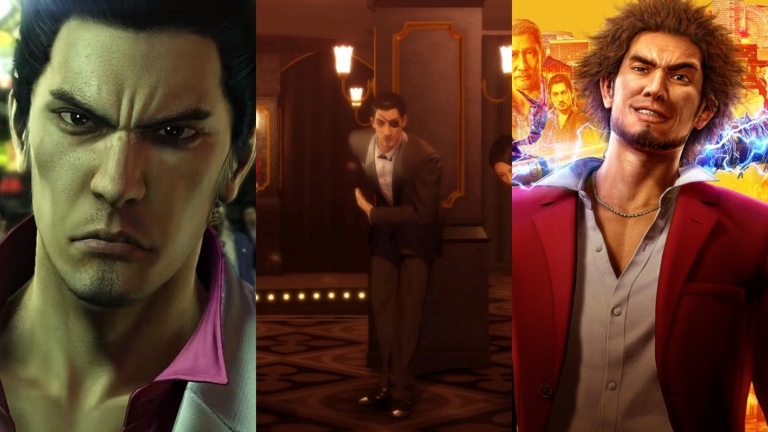 The Yakuza series made its debut in 2006 (2005 for Japanese audiences) and has gone on to become one of Sega’s most beloved franchises. Originally a PlayStation exclusive, the series has since made its way to “rival” platforms. That’s good news for PC gamers and Xbox owners, but it also means that new fans have to try to figure out which Yakuza game they should play first.

In fact, now that a few key entries into the Yakuza franchise have returned to Xbox and PC Game Pass (hopefully for good this time), subscribers who may have previously missed out on those games have another chance to see why they’re some of the most beloved action titles of the modern era. Well…at least they will if they choose the “right” game to start with. While it’s admittedly difficult to find a bad Yakuza game, some offer a far better starting point than others for one reason or another.

That being the case, here’s a better look at three Yakuza games we think are perfect for every type of potential fan.

Why You Should Play Yakuza Kiwami First

The original Yakuza launched on the PlayStation 2 in 2005 (in Japan). While the game was a landmark action/adventure experience for its time, it hasn’t exactly aged like a fine wine. Still, the game is essentially required reading for anyone who wants to play subsequent Yakuza games. After all, it’s the first entry in a franchise that constantly references itself. The problem is that it’s not exactly easy (or cheap) to find an original copy of the game. So, most gamers are better off starting with the improved and more accessible version of that same game.

Yakuza Kiwami is, at its core, the original Yakuza with an HD makeover. While each Yakuza game reintroduces audiences to its different mechanics and various characters, Kiwami allows you to simply start from the start and experience the franchise in the way it evolved. Mechanically, the game doesn’t stray far from the original PS2 version, but it does include quite a few quality of life improvements that make it more approachable (especially to newcomers). For instance, it allows players to switch between different fighting styles, which lets them adapt to enemies much more easily.

It’s also worth noting that Yakuza games got longer and longer as time went on. That’s nothing new for video games and sequels, but while the Yakuza franchise was always narrative-focused, later titles arguably became bogged down with cutscenes. By comparison, Yakuza Kiwami offers a much more streamlined narrative experience. The game is meant to introduce audiences to the Kamurocho district, series mainstay/protagonist Kazuma Kiryu, and other major players, but Kiwami manages to keep things short-ish and relatively sweet. Cutscenes never overstay their welcome, let alone approach the Hideo Kojima levels of length seen in later Yakuza games. As great as a game like Yakuza 6 may be, it’s easy to imagine newcomers losing interest in it after sitting through yet another 30-minute cutscene after five minutes of actual gameplay.

Why You Should Play Yakuza 0 First

For the most part, mainline Yakuza games are released in chronological order. Yakuza takes place before Yakuza 2, and so on. Remakes aside, Yakuza 0 is the only game that breaks from that tradition, much to the benefit of newcomers.

Yakuza 0 serves as a prequel to the rest of the series and fills in some of the gaps left by older titles. For instance, the first Yakuza game implies a relationship between Kazuma Kiryu and his best frenemy (and arguably the best character in the franchise) Goro Majima, but how did that start? Yakuza 0 tells the story of how those characters met many important faces in the Yakuza franchise, including each other. While longtime fans who already spent at least one game getting to know those characters will get a kick out of discovering these untold histories, newcomers aren’t left out in the cold. Many NPCs are just as new to gamers as they are to Kazuma and Goro, so players and the protagonists learn about these characters at roughly the same pace. It certainly doesn’t hurt that Yakuza 0’s story is absolutely among the franchise’s best.

Since Yakuza 0 was released between Yakuza 5 and Kiwami, it was also designed with many gameplay improvements in mind. For instance, Yakuza 0 introduced the multiple fighting styles that were later utilized and expanded on in Kiwami. Plus, the game makes progression much easier compared to earlier titles thanks to side businesses that award players with money that can be used for character upgrades. That expanded structure gives gamers a break from the constant, albeit fun, street brawls other Yakuza titles rely on a little more often. In other words, Yakuza 0 benefits from some of the best pacing in the series.

Why You Should Play Yakuza: Like a Dragon First

While each Yakuza game tells a complete story, they all build off what came before (even Yakuza 0 plays with mechanical and narrative ideas introduced in “later” chronological games). On the one hand, that design lets longtime fans see characters develop within games as well as between them. On the other hand, that long-term storytelling style is a big part of the reason why Yakuza games can be intimidating to newcomers. Sometimes, it’s a good idea to hit the reset button, just so long as you don’t completely ignore what came before. If that sounds like exactly the kind of thing you’re looking for, consider giving Yakuza: Lika a Dragon a shot.

Yakuza: Like a Dragon offers a bold new direction for the franchise that is perfect for the right kind of new fan. Spin-offs notwithstanding, the Yakuza franchise never strayed too far from its gameplay and storytelling style roots until Like a Dragon came along. That’s especially true of the series’ brand of real-time beat ’em combat, which, while not grueling, features a learning curve that can sometimes leave players feeling like they just slammed their head against a wall. By comparison,Like a Dragon utilizes a more traditional (and arguably more approachable) form of turn-based JRPG combat. While Like a Dragon can get challenging, especially in later chapters, its learning curve is much more forgiving thanks to the extra time to breathe that the title’s turn-based combat usually affords you. While you may ultimately prefer the real-time combat featured in other Yakuza games, Like a Dragon‘s more familiar (and exceptional) JRPG combat does help eliminate a sometimes sizable barrier to entry that prospective Yakuza fans sometimes face.

The same is true of the game’s storytelling, world, and characters. Chronologically, Yakuza: Like a Dragon is the eighth entry in the Yakuza franchise. Instead of forcing players to trek through hundreds of hours of older games simply to play catch up, though, Like a Dragon throws newcomers a narrative bone. In a series first, the game stars an almost entirely new cast of heroes and villains, including the game’s protagonist, Ichiban Kasuga. While some legacy characters return, they are all relegated to supporting roles. That bold decision removes much of the narrative baggage from previous titles, thus giving newcomers a chance to enjoy this game as its own thing. Sure, bumping into old faces will definitely resonate with Yakuza veterans, but because of this new approach, newcomers can meet the same characters without feeling like they missed something important.