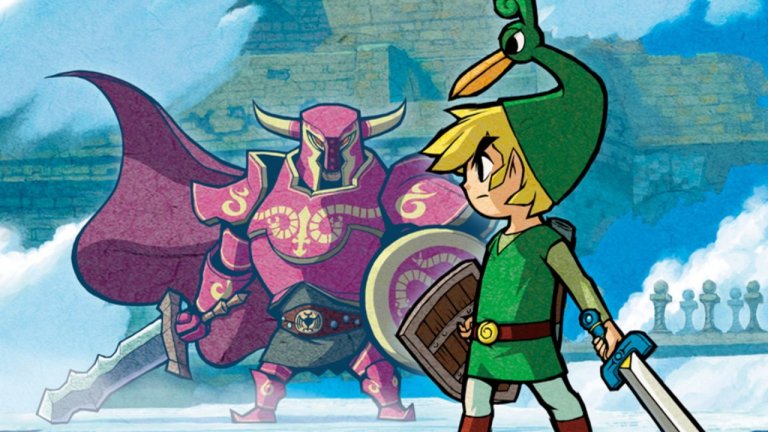 While Nintendo’s recent showcase of The Legend of Zelda: Tears of the Kindom (the now properly named sequel to Breath of the Wild) rightfully has many fans buzzing, don’t be surprised if a few Zelda diehards seem a little disappointed by Nintendo’s latest Direct presentation. After all, a seemingly credible series of rumors strongly suggested that Nintendo would reveal Switch remasters of both The Wind Waker and Twilight Princess during the show.

Truth be told, I understand that disappointment. Yes, we’re just talking about remasters of old Zelda games, but Wind Waker and Twilight Princess are special entries in the series for reasons that go beyond their quality. They were great games that were also a little divisive at the time of their releases. Both are generally well-received now (Wind Waker’s turnaround has been especially impressive), but I suppose there is a feeling that well-done remasters of those games would really help secure their legacy. Not to mention that there are just a lot of Zelda fans out there looking for an excuse to play those great games on the Switch.

While I also hope that Nintendo eventually gets around to remastering both of those games, it’s hard to talk about overlooked Zelda games that deserve a modern reappraisal without talking about what might just be the most underrated Zelda game of them all. Yes, I’m talking about The Minish Cap.

Released in 2004/2005 for the Game Boy Advance, Minish Cap was an odd Zelda game right from the start. It was created by Capcom and studio Flagship (the same pair responsible for the Oracle of Seasons and Oracle of Ages games), which makes it one of the few Zelda games not developed by Nintendo. In case you didn’t know, the history of Zelda games not made by Nintendo is…not great. Seasons and Ages were generally well-received, but a lot of people at that time weren’t sure whether they could really trust an outsourced Zelda title.

Somewhat boldly, Capcom and Flagship also decided that they were not just going to make a major, canonical Zelda game for the GBA but that they were going to make that Zelda game downright weird. How else do you describe a game that regularly requires Link to shrink down to nearly microscopic size in order to interact with a mythical group of people called the Minish (aka the Picori)? On top of that, it turns out the Minish are apparently big players in Hyrule’s history. I know the Zelda timeline is a bit of a mess, but it’s still pretty wild that this game adds such a significant “out of left field” element to that series’ lore given that it comes from studios outside of the Nintendo family.

While Minish Cap was certainly well-reviewed in its day, most available data suggest that the game is easily one of the worst-selling major Zelda titles ever. The reasons for its relative sales shortcomings are numerous. Not only did the GBA hardware itself underperform by Game Boy sales standards, but Minish Cap’s colorful visuals and cutesy characters seemed to rub some people the wrong way at a time when Wind Waker’s similar visual style was so divisive. It also didn’t help that the quickly popular Nintendo DS was already on store shelves by the time Minish Cap finally got a global release. Sure, the DS was backward compatible, but never underestimate the cult of the new. A lot of people at that time wanted to experience the DS and its touch-screen compatible games over that strange new Zelda title for some old hardware that wasn’t even made by Nintendo. It also didn’t help that Minish Cap was incredibly short (about 6-10 hours long) and didn’t do the best job of selling itself at a glance.

Still, most of the game’s sales struggles can easily be attributed to circumstances. It takes a lot for a new Zelda game to fly under the radar, but all of those forces conspired to ensure that Minish Cap came and went in a way that no other proper Zelda game quite did. As you gathered from the headline of this article, I obviously think that’s a shame. However, I don’t think that Minish Cap was simply a good game that didn’t get a fair chance. I happen to think it’s one of the absolute best Zelda games ever made that also happens to be exactly the kind of Zelda game a lot of fans could use right now.

First off, Minish Cap’s central “shrinking” gimmick is simply brilliant. Granted, the game only lets you shrink down to Minish size in select sections, but that actually works to the game’s advantage. Developers Capcom and Flagship made every Minish-size moment in the game feel so much larger than the suddenly diminutive nature of Link himself. Acorns become skyscrapers, leaves serve as grand bridges built across roaring rivers (actually drops of water), and easily ignored foes transform into epic boss fights.

Some of the best moments in any game (much less Zelda games) can be attributed to how clearly you can feel the sense of joy that went into creating them. So far as that goes, you can practically see the devilish grins the Minish Cap team must have worn whenever they designed one of those memorable miniature moments. It’s wild to think that there was a time when Minish Cap and Wind Waker’s cartoonish visuals were dismissed out of hand. Few Zelda games on any hardware or of any visual style feel as joyful to simply explore as Minish Cap.

Yet, the appeal of that shrinking mechanic goes so far beyond simply being able to view Hyrule from a new perspective. Many of Minish Cap’s dungeons and other key areas require Link to shrink in order to complete certain objectives. While some of those areas are little more than clearly marked tiny gaps in buildings that Link obviously can’t enter at full size, others are considerably more elaborate and clever.

For instance, one incredible boss fight sees Link shrink down to Minish size in order to enter a boss and deal damage to them from within. There are also numerous puzzles that require you to really consider the advantages and disadvantages of shifting sizes. Several Zelda games have played with the idea of Link needing to move between worlds or forms in order to overcome obstacles, but few Zelda games utilize that clever concept quite as well as Minish Cap. There’s also certainly something to be said for the way the game spreads those sections out in a way that makes you believe an entire society exists in and around the larger world.

For as much as there is to say about Minish Cap’s best new (or relatively new) ideas, though, I genuinely believe that the game’s greatest strength in the modern age is the fact that it’s a very traditional Zelda game in a lot of ways.

If you’ve ever played a 2D overhead Zelda game in the style of A Link to the Past, you’ll feel right at home with most of Minish Cap’s core concepts. Mind you, that doesn’t mean that Minish Cap doesn’t find ways to refine and improve the 2D Zelda formula. Actually, Minish Cap features one of my favorite collections of special items in the entire Zelda franchise. Not only are most of them conceptually clever, but you actually get a surprising amount of mileage out of them throughout the game rather than in specific situations. Minish Cap also features a few small ideas (like collecting Kinstones and special toys) that weren’t game changers by any means but did help liven up the basic Zelda formula without upending it.

No, the reason I praise Minish Cap as a very traditional Zelda game is simply that a traditional Zelda game is the thing I want most right now. I loved Breath of the Wild, and I have little doubt that Tears of the Kingdom will be brilliant. Yet, there are times when I worry that the discontinuation of Nintendo’s separate line of handheld consoles may mean the end of “classic” 2D Zelda adventures. If it wasn’t for the release (and success) of Link’s Awakening for the Switch (which at least retained the spirit of those classic Zelda games), I’d be entirely convinced Nintendo is ready to move on from the Zelda games of old simply because modern hardware allows you to play 3D Zelda games on the go or at home.

Those classic Zelda games were never about hardware limitations, though. They often remain the best source for the kind of pure video game adventures that lift your spirit, and Minish Cap is one of the best examples of the virtues of that style. At a time when so many games (even great ones) feel like these herculean undertakings, the idea of a relatively short, endlessly charming, and fundamentally fun Zelda game that is simply a joy to play feels more appealing than ever before. Besides, who wants to go from a world where we regularly received multiple styles of Zelda adventures to a world where one style of game is only released every several years?

There was a time when Minish Cap was a victim of circumstances, but that time isn’t now. Now is the time for Zelda, Nintendo, and gaming fans everywhere to rightfully recognize it as a miniature masterpiece that (much like the Minish themselves) has historically been far too easy to overlook and ignore.