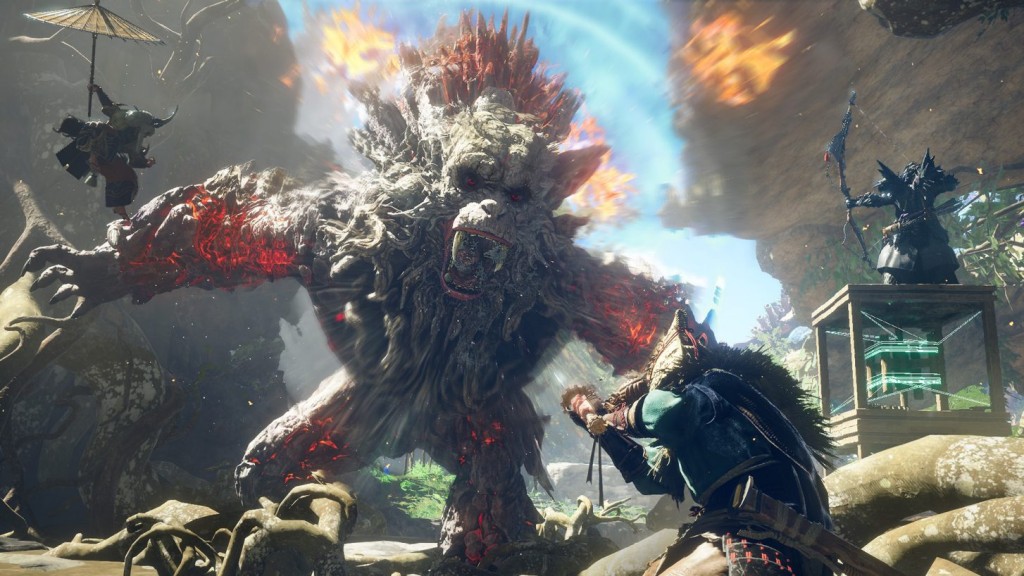 EA has teamed up with the makers of Dynasty Warriors to create a brand new franchise that mixes elements of Monster Hunter and Fortnite.

Given it’s one of the most popular franchises ever in Japan, there have been many Monster Hunter clones over the years. None of them have ever been made by Western companies though, for the simple reason that until 2018’s Monster Hunter: World the series has never been a major hit outside its home country. Even so, if any Western publisher was going to try and copy it you wouldn’t really expect it to be EA.

Announced out of the blue last month, Wild Hearts is a partnership with Koei Tecmo for the EA Originals label, which is usually used for indie titles such as It Takes Two and Sea Of Solitude. It’s always good to see Western and Japanese companies working together but the immediate concern with Wild Hearts is that rather than Ninja Gaiden and Nioh maker Team Ninja, Koei Tecmo has instead put Dynasty Warriors developer Omega Force to work on the game.

Omega Force are not known for their technical competence, to put things mildly, but having already gone hands-on with the game this is poised to be a major milestone for the studio and potentially the most compelling Monster Hunter rival so far.

Hunting games don’t generally have much appeal in normal video game circles but that’s essentially what Monster Hunter, and by association, Wild Hearts is. You enter the beautiful land of Azuma as a boar hunter, before learning to craft ingenious mechanisms to help take down dangerous predators called Kemono beasts. The world is made up of four areas in a fantasy version of feudal Japan, which represent one of each of the four seasons, with are accessed from the central hub city of Minato.

The game quickly introduces Karakuri, the ancient technology which players are able to craft at will and which are vital to a hunter’s survival. You use Karakuri techniques to take down beasts but also to traverse the world, using things like swinging vines to cover large gaps or building platforms to scale towering walls or springs to bounce quickly from one area to the next. Rather than Monster Hunter, this element feels like a slightly more realistic take on Fortnite and its building tools, which is an interesting addition.

Wild Hearts lore dictates that you are the only remaining person able to build Karakuri at will. Crates, torches, and a glider are basic items you can build, but combining them together can make things such as giant walls to stop creatures in their tracks or huge hammers that have a stun ability. Over time, you will also learn to make traps and ziplines, as well as visit other players’ worlds to see how they’ve introduced Karakuri to their own environments.

Unlike Monster Hunter, the Kemono aren’t primarily dinosaurs and dragons but instead mix real world animals with fantastical elements, such as a powerful ice wolf. What is similar to Monster Hunter though is how long they take to defeat, with sprawling battles taking place across the whole open world area and requiring a lot of quick-thinking crafting and melee combat.

Wild Hearts battles are very fast-paced, and the crafting of items is done so quickly that you become accustomed to doing so without even checking your menu inputs. With just three buttons on a controller you can build a double-height platform to scale and leap from, plunging a blade into a fierce Kemono. In the same number of inputs, a spring can appear on the ground mid-battle to propel you forward in a flying attack.

It’s not just you that can alter the battlefield, as Kemono frequently end up destroying scenery and upending vegetation. This is where crafting changes from an optional aid to a necessity, as you use a high platform to navigate a cave suddenly flooded with lava or a spring to manoeuvre around a fallen tree. However, the longer a battle with a Kemono goes on, the more repetitive their actions can become, which is something Koei Tecmo could look to vary more prior to release.

When a creature is weakened enough glowing blue indicators will appear on them. Dealing enough damage to these will cause them to explode and a shower of rarer Karakuri materials will be released. That’s not something the game really explains to you though, at this point at least, but once you realise how it works it makes hunts much quicker and more satisfying.

Towards the end of battles, Kemono can become enraged, destroying the environment and likely any Karakuri you have constructed. Taking down the Kemono quickly when it’s in this state is vital. When you finally finish a hunt, you get a moment to say goodbye with a ‘final blow’ animation which is unique to each weapon.

There are eight different weapon types, all of which feature elemental attacks like ice and lightning. Unlocking new Karakuri will enable you to enhance and customise your weapons, leading to over 200 variations of the eight weapon archetypes. We spent the most time with the bow, which is great for ranged damage but takes time to build up the right combination of shots to unload a powerful attack.

Wild Hearts can be played as a co-op experience with up to two other players – one less than Monster Hunter – with the difficulty scaling dynamically depending on how many players are present. When playing alone, a cute little companion will accompany you on your travels to help in a variety of ways, much like a Palico from Monster Hunter.

You can experience the full game as a party, including the main story, side quests, hunts, and free roaming, or at any time you can call upon friends to assist in a difficult hunt from within the map. Hunter gates will be sprinkled throughout Azuma, and this is where you can join other players to help them with their hunts.

Wild Hearts is never going to escape comparisons with Monster Hunter and to be honest it doesn’t even try. Whilst those similarities are undeniable, there are differences too, not just with the more complex crafting but more involved storytelling as well. Many will be wary of Omega Force’s involvement, but the game is surprisingly beautiful and a real delight to play, in what could be EA’s most unlikely hit of 2023.